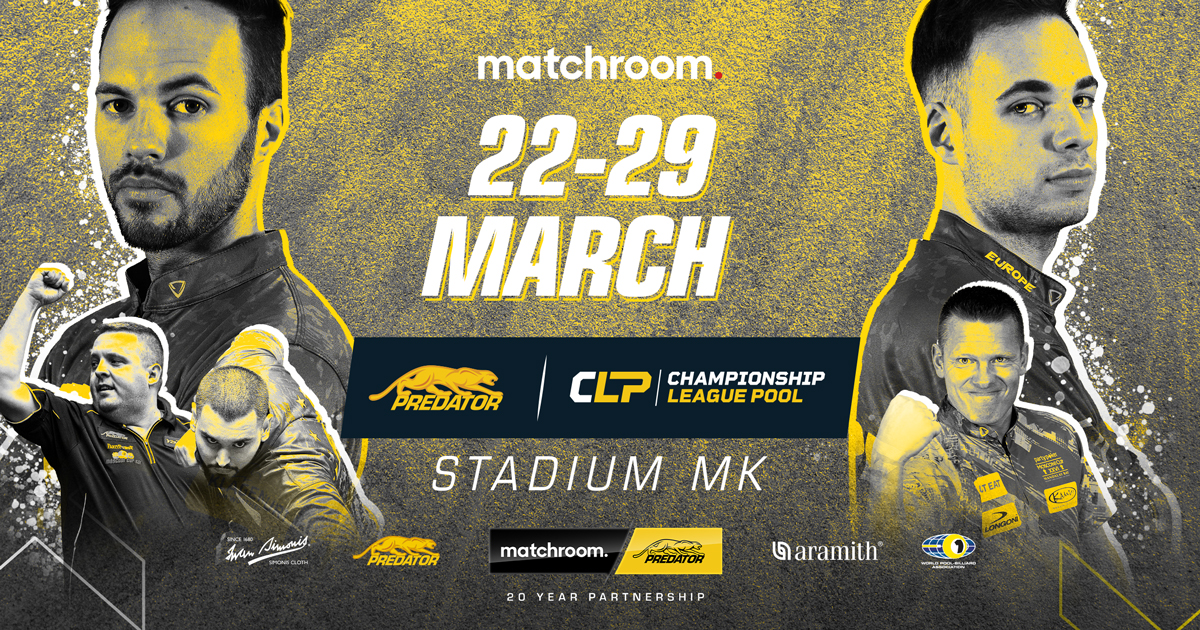 Group One will be completed by Dutch hero Niels Feijen and current World Women’s 9-Ball Champion Kelly Fisher. Fedor Gorst, Shane van Boening and Skyler Woodward have decided to withdraw from the event.

Predator Championship League Pool has a prize fund of $85,950 and will stream two tables of action live around the world, with 12 matches played on each table daily.

Every day features a seven-player group, with each player facing every other player once in a race-to-5. At the end of the group the top four will advance to the play-offs, playing a semi-final and then final, also played as race-to-5. Play-off champions will advance to the big-money Winners’ Group on March 29, which will provide the showpiece conclusion of Predator Championship League Pool.

Players who finished bottom of each group are eliminated from the event, while the remaining five players in each group will continue to the next day’s play, where two new players enter the tournament. Players to enter Groups 2-7 will be confirmed next week.

Predator Championship League Pool will be broadcast globally including on Freesport (UK & Ireland), DAZN and Matchroom.Live. Full broadcast details will be confirmed next week.