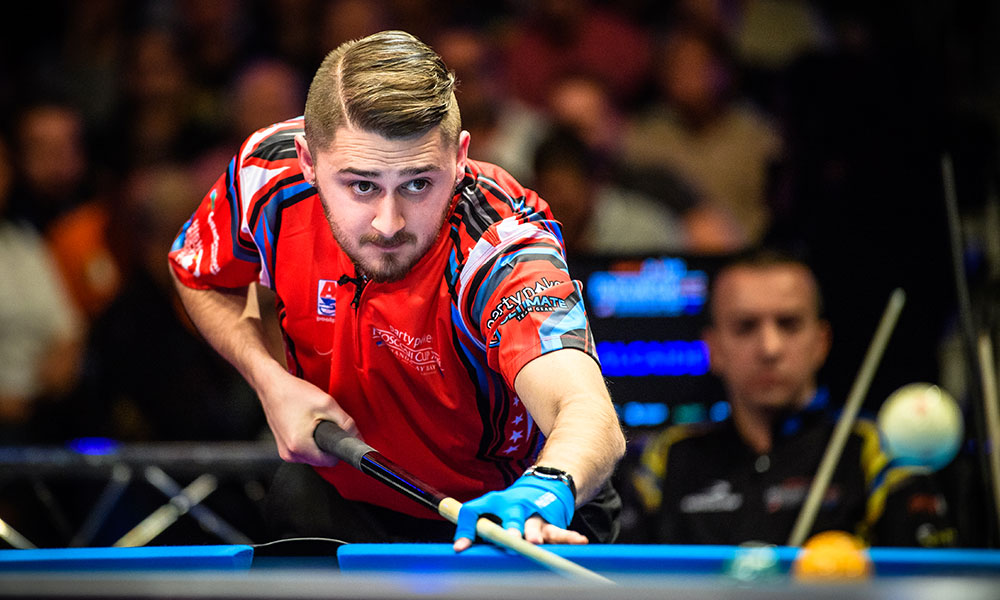 Skyler Woodward is the first Team USA player confirmed for this year’s partypoker Mosconi Cup, to be staged at Alexandra Palace, London this December 4-7.

Woodward made his Team USA debut in 2015 and has been ever present since and recently finished third at the International Open, beating the likes of Thorsten Hohmann, Shane van Boening and Justin Bergman before falling to Chang Jun-Ling.

The ‘Kentucky Kid’ struggled for form at last year’s partypoker Mosconi Cup but has been working hard with coach Johan Ruijsink this year and believes fans will see a much-improved Woodward in London this December as Team USA aim to halt an eight-year winless run.

“I am super honored to be a part of team USA again this year,” said Woodward. “It’s the highest prestige pool event.

“Working with Johan for the past two years has been great, it has helped develop my stroke a lot. Last year I wasn’t fully prepared for the event and it was my own fault but I’m a totally different person this year.

“I’m feeling great about my game right now and very accomplished, feeling like I’ve stepped my game up to another level. We are definitely coming for a fight this year.”

The remaining players for this year’s USA team will be named throughout the course of this week.