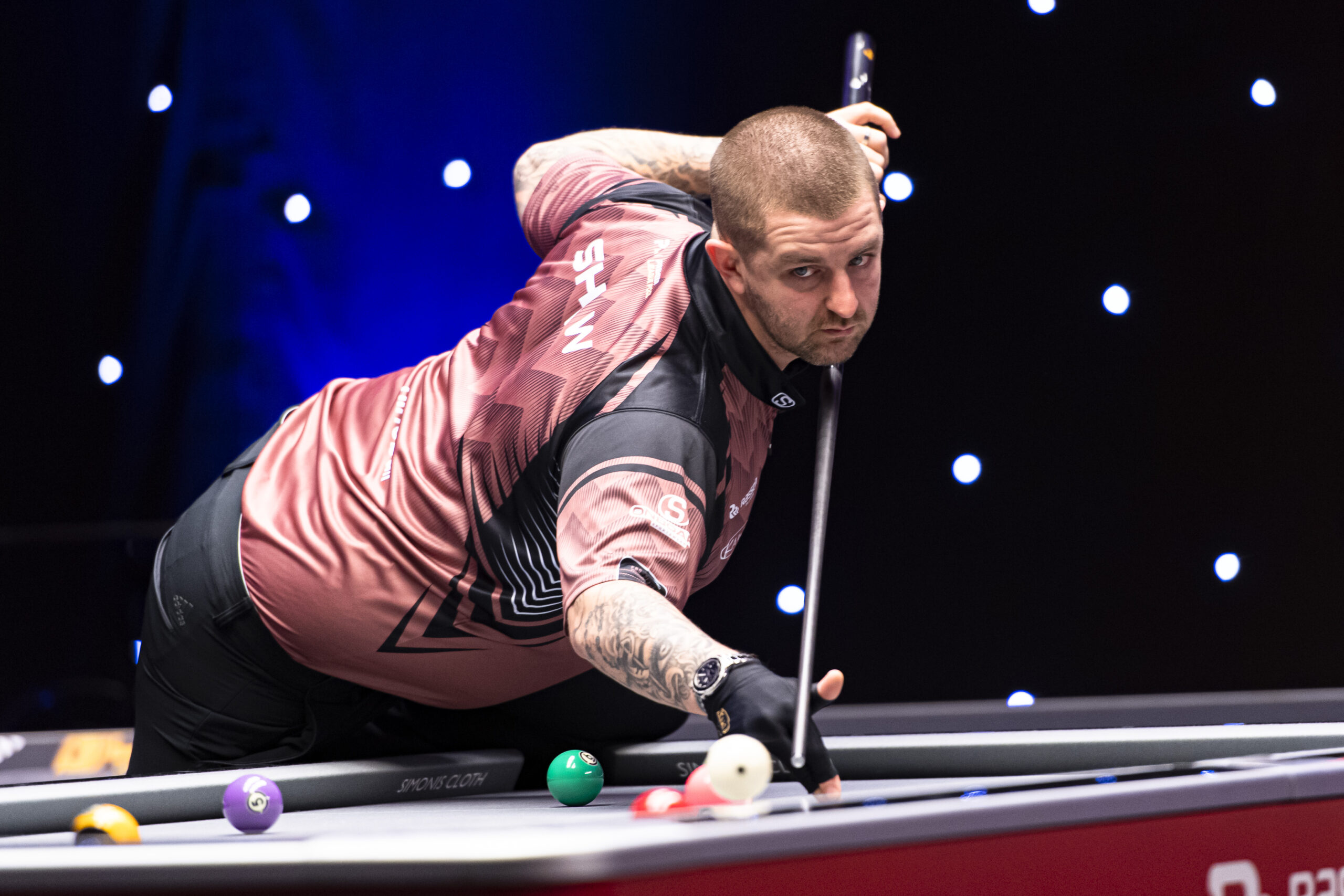 Jayson Shaw has moved up to seventh in the latest update of the Live 2023 Nineball World Rankings after claiming the annual Diamond Open Nineball Pro Players Championship at the Super Billiards Expo in Philadelphia, taking the $10,000 first-place prize beating fellow Brit Darren Appleton in the final.

Mario He’s strong start to the year continued as the two-time World Cup of Pool winner reached the semi-finals before defeat to eventual winner Shaw. The Austrian’s showing moved him inside the top ten also whilst Billy Thorpe’s rise back saw him also reach the semi-finals. Thorpe’s performance sees him enter the Top 32 with a firm eye on making it back on Jeremy Jones’ USA Mosconi Cup team for Bally’s Las Vegas this November 30 – December 3.

There are plenty of opportunities for players to make their mark on the rankings with the EuroTour Treviso Open this weekend in Italy before the Bucharest Open in Romania takes place ahead of the first-ever UK Open at the Copper Box Arena, London from May 17-22, live on Sky Sports.

Shane Van Boening remains top of the Live Nineball World Rankings with earnings of over $60,000 so far this year.

The Nineball schedule sees Ranking, Major, and Blue Ribbon Events across the globe with money earned contributing to the standings on the Live Rankings which comes into effect for 2023, whilst the Rankings develop throughout the year. Players can earn status on the Rankings from the upcoming events.

The events below are all ranking events. The World Pool Masters, World Cup of Pool, and Mosconi Cup are all non-ranking events

To be a part of the rankings, tournament organisers must follow the overall standards set out by the Nineball World Rankings to raise the profile of the sport. Whilst this will be flexible for 2022, the aim will be to standardise the professional rules of the game of Nineball producing fairness for players throughout all organised events as well as generating an easy understanding of the game: increasing awareness across the globe.

FEIJEN | IT’D BE AMAZING TO WIN IT AGAIN