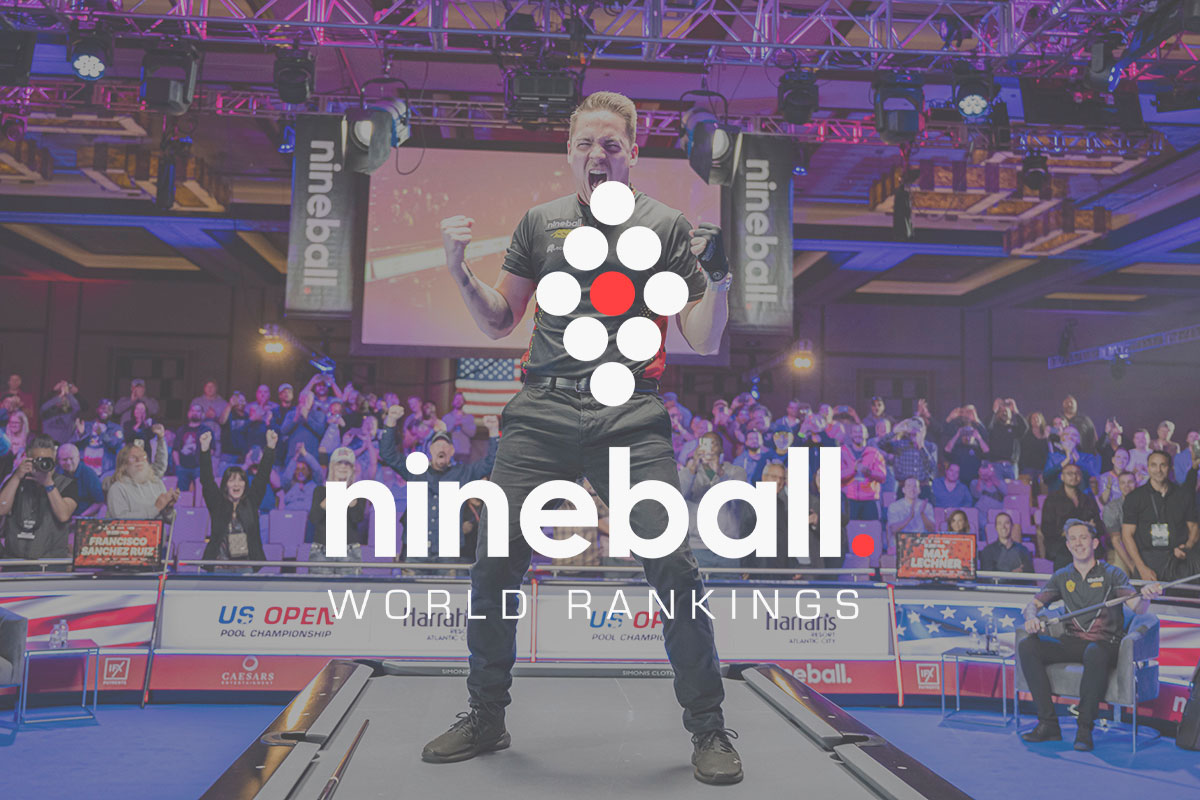 Francisco Sanchez Ruiz has become the new Nineball World Number One after clinching the 2022 US Open Pool Championship title beating Max Lechner in the final at Harrah’s Resort, Atlantic City to take home the $50,000 first-place prize.

The Spaniard’s week in New Jersey couldn’t have gone much better finding out earlier on that he would be an automatic pick for the 2022 Mosconi Cup Team Europe side as one of the three players to come from the Live Nineball World Rankings and it ended with a memorable victory in front of a sell-out crowd over Lechner to break the $100,000 mark and overtake World Champion Shane Van Boening at the top.

Sanchez Ruiz was elated with his week’s work: “It is unbelievable how it feels. I feel so happy. Congratulations to Max. Thank you to everyone for the support, I love you guys. It’s the biggest win in my career. There are too many good feelings right now. I received the news of making the Mosconi Cup and it gave me so much. I want to say thank you to my team David Alcaide and Jose Alberto Delgado. It’s an unbelievable feeling, it really is.”

Joshua Filler was eyeing a second US Open this week, but it wasn’t to be as Eklent Kaçi abruptly ended the UK Open winner’s run in the Last 16. Despite that, Filler has opened u a $17,870 gap over Albin Ouschan at world number four.

Three Austrians now sit inside the top ten in the world with Lechner’s $25,000 winnings taking him from 15th to sixth just behind Mario He and Ouschan. Kaçi’s run in AC to the quarter-finals sees the Albanian break into the top ten whilst Alexander Kazakis, Wiktor Zielinski, and Abdullah Alyousef all had strong weeks to maintain their position inside the top ten.

The Ko brothers have been back in force in recent months after Pin Yi snapped off the APF Asian 9-Ball Open, Ping Chung reached the semi-finals to climb from 73rd in the world to 24th as one of the biggest movers. Poland’s Konrad Juszczyszyn steady year continued as he moved up to 15th and Sanjin Pehlivanovic moved inside the top 20.

The 46th US Open Pool Championship gets underway from September 25-30 before the Mosconi Cup caps off 2023 in December. See more on the 2023 Matchroom provisional schedule here.

The full Nineball World Ranking Schedule will be revealed in the coming weeks as it promises to offer more opportunities for players to earn their right into the biggest events on the calendar.

All eyes will now turn to the 2022 Mosconi Cup where both Team USA and Team Europe know three of their five-player rosters after Sanchez Ruiz and Ouschan were confirmed for Europe to join Filler. On Jeremy Jones’ American side Skyler Woodward and Oscar Dominguez were confirmed to be joining Van Boening ahead of both Jones and Alex Lely confirming their two wild card picks.

Fans can expect to hear more soon from both skippers as they confirm their two wild card picks each to complete their sides ahead of the battle commencing in pool’s biggest battle.