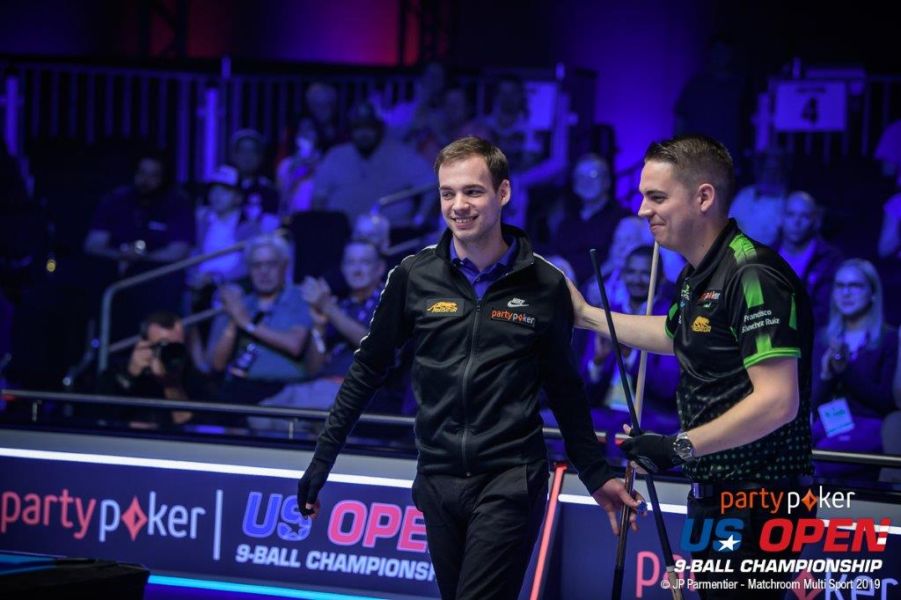 Filler continued his impressive run in the tournament, adding Francisco Sanchez-Ruiz to of list of victims which includes Jayson Shaw, Albin Ouschan and Alex Kazakis with an 11-4 victory, while De Luna was equally impressive in overcoming Alex Pagulayan 11-5.

Both Filler and De Luna took early leads and never looked back in their matches, leaving Sanchez Ruiz and Pagulayan respectively frustrated. The latter did get an opportunity to fight back from 10-3 up when De Luna missed a straight 3 to the middle pocket but at 10-5 his fightback stumbled and ‘The Bull’ closed out the rack for a victory which ensures there will be a new name on the Barry Behrman trophy this year after 2005 winner Pagulayan was the last of the former champions to fall.

“I really felt the pressure in the first rack,” said De Luna. “Alex is a great player, a World champion, but I played my game and I am very comfortable now at the table. Last night I played terribly but I practiced today and felt comfortable on the table.

“If I win this tournament, it’s my first world competition. Joshua Filler is a good shooter, a young, aggressive player so we will see tomorrow what happens. I have a plan to beat him.”

After his win, Filler said: “I am always happy to be here, this arena is unbelievable. I am enjoying it and that is the key for the A-game. In this kind of format the opponent doesn’t matter really because it is winner breaks; if you play your own game you can punish him when he makes mistakes. I am World Champion and World No.1 at the moment, but the US Open is missing for me – I am fighting for it.”

Play continues with the final two quarter-finals on Thursday evening. All matches at the partypoker US Open 9-Ball Championship are race to 11, winner breaks, except the final which is race to 13. Live scores are available now at www.matchroompool.com.