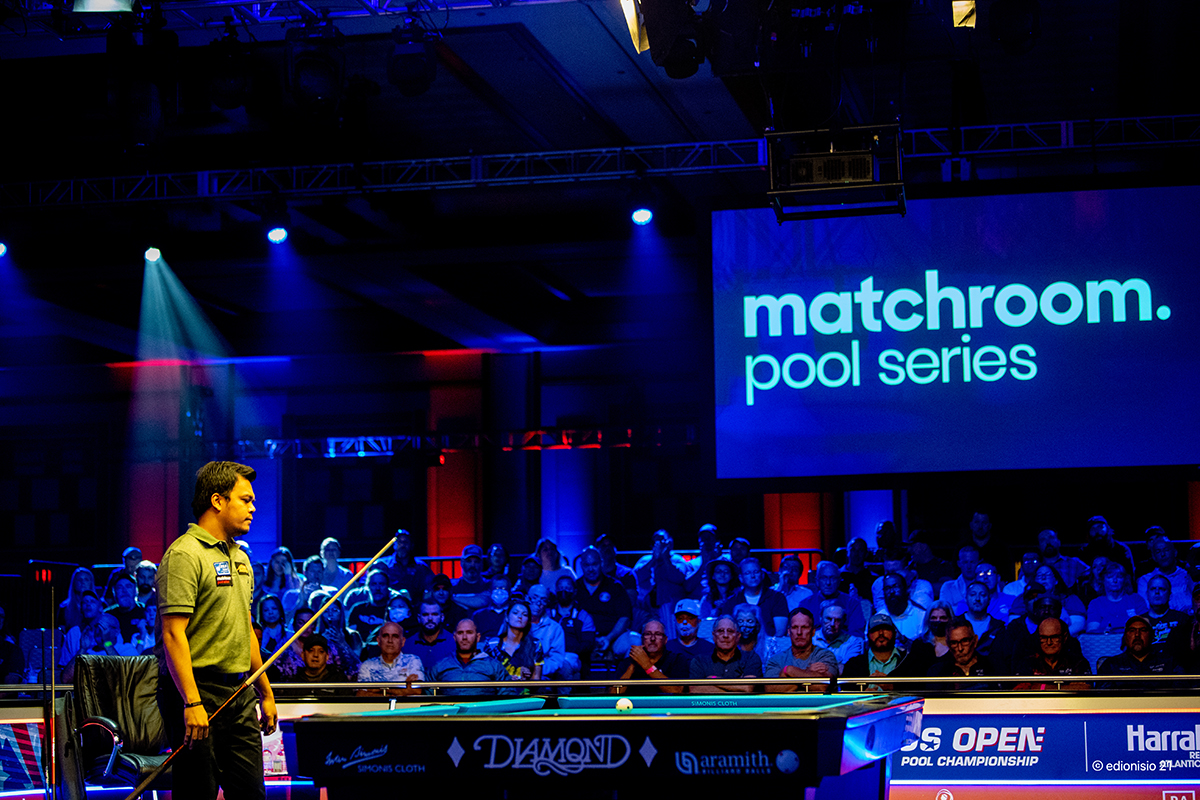 YAPP AND BIADO TO CONTEST US OPEN FINAL

Yapp took on the Philippines’ Dennis Orcollo in the opening semi-final where early on it seemed Orcollo would take full control winning the first three racks after what proved to be a costly early miss on the one by Yapp.

The Filipino always had the experience on Yapp as a previous world champion but it was the bravery and composure of Yapp that came out on top.

At 3-0, it looked like Orcollo would go into a rampant lead if it wasn’t for a miss on the nine that seemed too routine for him to do so. Yapp gratefully potted it and took the next rack to cut the deficit to one. With the break-in Yapp’s favour he struggled for a position on the two and missed a bank putting Orcollo back at the table who proceeded to break and run into a 5-2 lead.

It looked like at 5-2 it could be routine for Orcollo but Yapp had other things on his mind, firstly playing the shot of the match at 5-2 to hook the one and force a foul from Orcollo.

From there, Yapp ran the next two racks to be level for the first time in the match at 5-5. Orcollo went cold as Yapp made him stay in his chair winning the 11th and 12th racks with back-to-back break and runs to assert a 7-5 lead.

Yapp lacked in experience but he showed bravery and execution of the highest order going into a 8-5 lead having won six racks on the spin. Yapp played the pool of his life reaching the hill first at 10-5 in a remarkable showing before going for an audacious jump using the bridge on the two but he fouled and Orcollo got back on the board at 10-6.

The 25-year-old overcame late pressure from Orcollo with the Singaporean making a superb carom on the 5 8 before sealing victory at 11-6.

If the first match wasn’t good enough, the second was a modern-day classic.

Naoyuki Oi was the man that stood in the way of Biado making his first Matchroom Pool Series final and it was the Filipino who made the ideal start going 4-0 up with a break and run in the third to hold court early doors.

Oi’s entrance was everything fans have come to expect of the Japanese cueist and he matched it with his showing especially off the break making balls for fun as the match went on.

At 4-0, Oi rallied to win three racks on the bounce before swiftly going 6-4 up after a special kick shot on the 9 to send the crowd into raucous cheers. It was the case of blink and you miss it with Biado like his compatriot Orcollo glued to his chair as Oi went 8-4 up by the 12th rack and looked destined for the final.

Biado came back into it though and made it a contest again, taking his fifth rack of the day to cut Oi’s lead to three with a special shot on the two.

He soon levelled at eight all after Oi left the four in the jaws with the Black Tiger making him pay for the error. Oi was handed a lifeline in the 17th rack after Biado scratched on the one and Oi made it 9-8 in his favour but made an early error in the following rack with a bank as Biado took it before reaching the hill first.

The last rack brought drama throughout after Biado let Oi back to the table. Oi made the one ball but found himself with no room to go on the two but played it safe. Biado was back at the table after Oi had left the two in the jaws. Biado pocketed it before being stuck on the three where he produced one of the best pieces of play of the day forcing Oi to scratch as he kicked the three.

Biado counted his lucky stars at that moment as he cleaned up to seal the victory and a place in the final against Yapp.