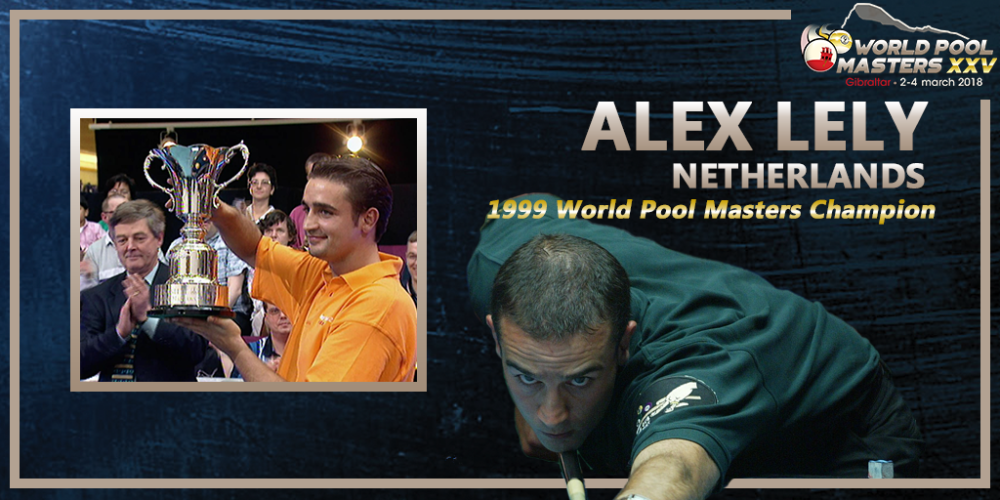 Alex Lely is the latest previous champion to be added to the field for the 25th World Pool Masters, set to take place at Victoria Stadium, Gibraltar, March 2-4.

Dutchman Lely won the 1999 World Pool Masters at Lakeside in England. He defeated Francisco Bustamante, Tommy Donlon and 1998 World 9-ball Champion Kunihiko Takahashi before coming up against pool legend Efren Reyes in the final. He scored a 7-5 success over the Filipino to claim one of the biggest titles of his career.

“It was my debut in the World Pool Masters and I was collecting autographs of my fellow competitors,” reflected Lely. “I faced Bustamante, Takahashi and then Reyes in the final. I couldn’t believe it and me and my friends partied hard that night

“I am looking forward to seeing the group of champions this year and to actually be one of them there in Gibraltar is an amazing opportunity.

“I am anxious to get out there again – I will try and control all that energy and let it flow in the right direction. The Matchroom arena is the best place for a pool player it is the ultimate test of skill and bottle. Success and the eye of the world can be the ultimate reward.”

Further players will be added to the field shortly. Tickets for the 25th World Pool Masters are on sale now priced £7-12 per session with season tickets available for just £34.99 at www.buytickets.gi.