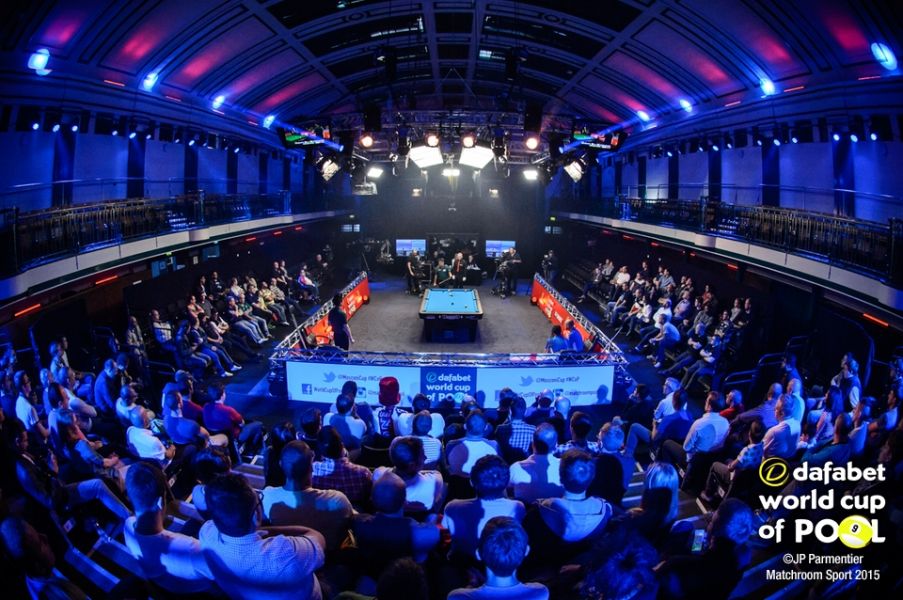 The World Cup of Pool returns to London this summer as the prestigious pairs event takes place at York Hall, Bethnal Green from June 13-18, and tickets are available now at www.matchroompool.com.

With the Mosconi Cup set for Las Vegas this year, the World Cup of Pool represents a great opportunity for fans to see the best players from around the globe in action in London.

York Hall has a storied pool history having staged the Mosconi Cup on eight occasions as well as the World Cup in 2013 and 2015 and 32 two-man teams will once again descend on east London for one of the most anticipated tournaments of the year.

Commencing on Tuesday June 13 and culminating with the final on the evening of Sunday 18, the event will be played to a single elimination format over six days with two sessions a day. There are 31 matches in total.
Teams will be announced shortly with Mosconi Cup stars from both sides of the Atlantic joined by some of the greatest players from around the world.