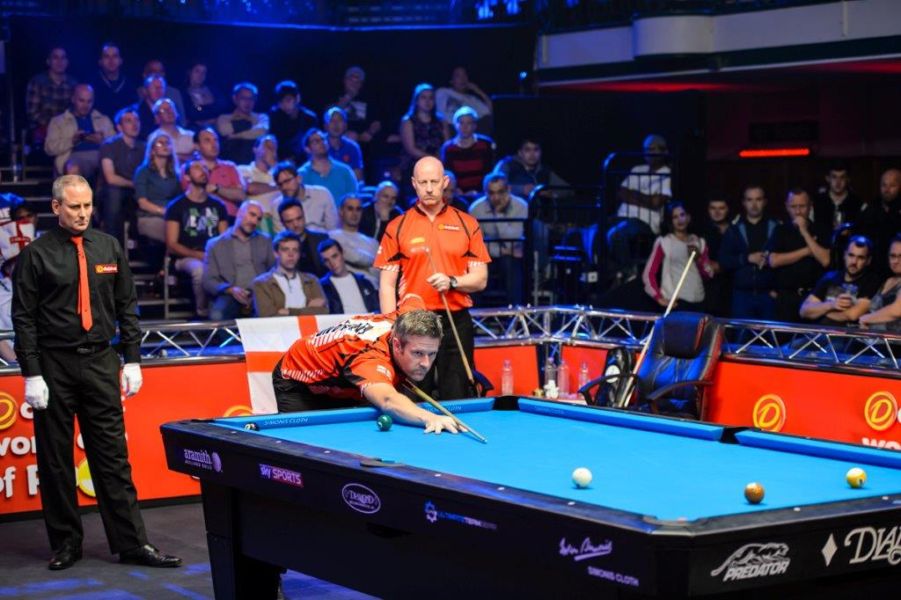 With the world’s greatest shooters set to gather at the iconic East London venue in June, the two England teams have been confirmed for the forthcoming World Cup of Pool at York Hall, London, June 13-18.

Darren Appleton and Mark Gray, both stars of Team Europe’s record-breaking 11-3 victory over USA at December’s Mosconi Cup, will be reunited in the England A team. The host nation is entitled to two sides in the tournament and Daryl Peach will be joined by Imran Majid in England B. Peach was a finalist alongside Gray at the last World Cup and last partnered Majid in 2007.

Appleton was a World Cup winner alongside Karl Boyes in 2014 and is delighted to be partnered by a man who has twice been runner-up in the tournament. “I had a great run with Karl, winning it in 2014 in a classic final, filled with the sort of drama which the World Cup has produced over the years,” he said.

“It’s definitely one of the best moments in our career then we put up a good defence with third place last time. This time with Mark Gray is another challenge and sometimes changing partners can be a good thing. It would be great to win it again and maybe it will be third-time lucky for Mark. The York Hall is one of the best venues in pool and I can’t wait to play there again.”

Gray added: “Alongside the Mosconi Cup, the World Cup of Pool is my favourite competition. It is always great to represent England and twice I have narrowly lost in the final with Daryl, so hopefully it will be third-time lucky with my new partner Darren Appleton.”

Peach has unfinished business with the event having twice lost in the final – in 2007 and 2015 – and this year hopes he and Majid will prove perfect partners as he looks to go one better this year in the pressure cooker which is York Hall.

He said: “I’ve twice been runner up in the World Cup of Pool, and while those are two great results in this notoriously pressure packed event, I’d love to go one better and add this prestigious title to my résumé.

“Imran is a great shot maker and that coupled with my all-round knowledge and experience of the game and in particular this actual event is a super combination to have.”

“The World Cup of Pool is definitely the second biggest stage in pool after the Mosconi Cup,” said Majid. “I am delighted to be a part of the England team – I live in London so playing at the York Hall will feel like playing in my back yard. As a more seasoned player and showing some good form recently Daryl Peach and myself are looking to go two rounds better and take this coveted event down.”

Teams will be announced shortly with Mosconi Cup stars from both sides of the Atlantic set to be joined by some of the greatest players from around the world.