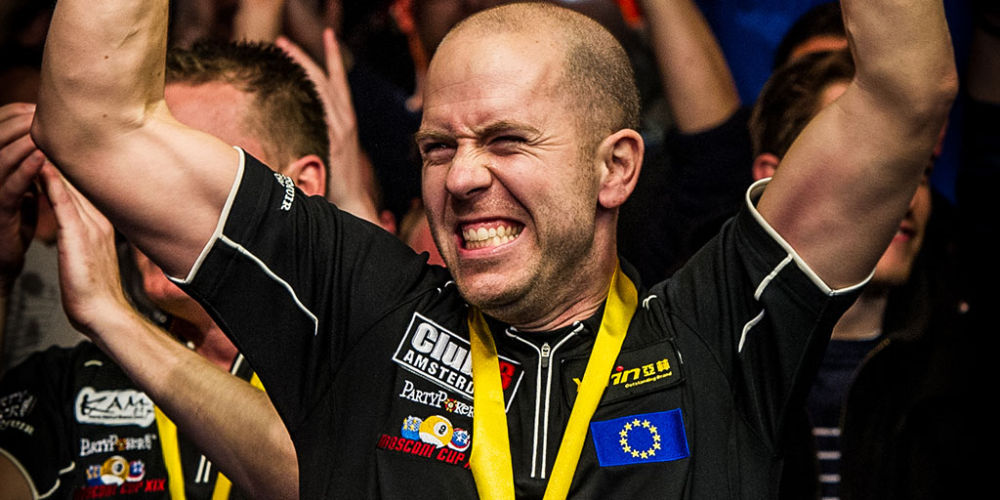 NICK VAN DEN BERG and JOSHUA FILLER put in some sterling work at the recent US Open to gather up enough ranking points to clinch the second and third automatic spots on Team Europe. They will now join Ralf Souquet in Las Vegas this December as the Europeans attempt to once again defend the partypoker Mosconi Cup.

For van den Berg, 37, it will his eighth Mosconi Cup and 15 years since he made his debut in the historic winning side of 2002. With 40 Mosconi Cup matches played, the Dutchman brings plenty of experience to the team, and having tasted defeat just once in his seven previous Cups, he will bring a winning mentality.

Filler, the 20 year-old from Boenen, Germany will become the youngest player ever to compete in the Mosconi Cup. With a big win at the China Open in June, it set Filler nicely and he never subsequently relinquished a top three spot. He also won the Benelux Open in September and a 9th place finish in Virginia was enough to carry him to Vegas.

Van den Berg, who left the tournament the round before, had to sweat on the fate of Spain’s Francisco Sanchez Ruiz. If the Spaniard had triumphed, he would have displaced van den Berg and taken the final spot.

As it transpired, his magnificent run came to an end at the hands Eklent Kaci, the 18-year-old Albanian prodigy, and third place was not quite enough to unseat van den Berg.

The remaining two spots are captain Marcus Chamat’s wildcards and the first will be announced on Tuesday and the second on Wednesday.

Tickets for partypoker Mosconi Cup XXIV are available now at www.mosconicup.com Tickets start from $48 per session with season tickets comprising all four sessions from £161. Premium and VIP packages are also available.

2017 partypoker MOSCONI CUP is sponsored by partypoker, the number one name in online poker, Rasson Billiards who supply the Official Table; the cloth is supplied by Iwan Simonis and the Official Balls are Super Aramith by Saluc. Predator is the Official Cue and Chalk of the event and Ultimate Team Gear provide all Mosconi Cup apparel.