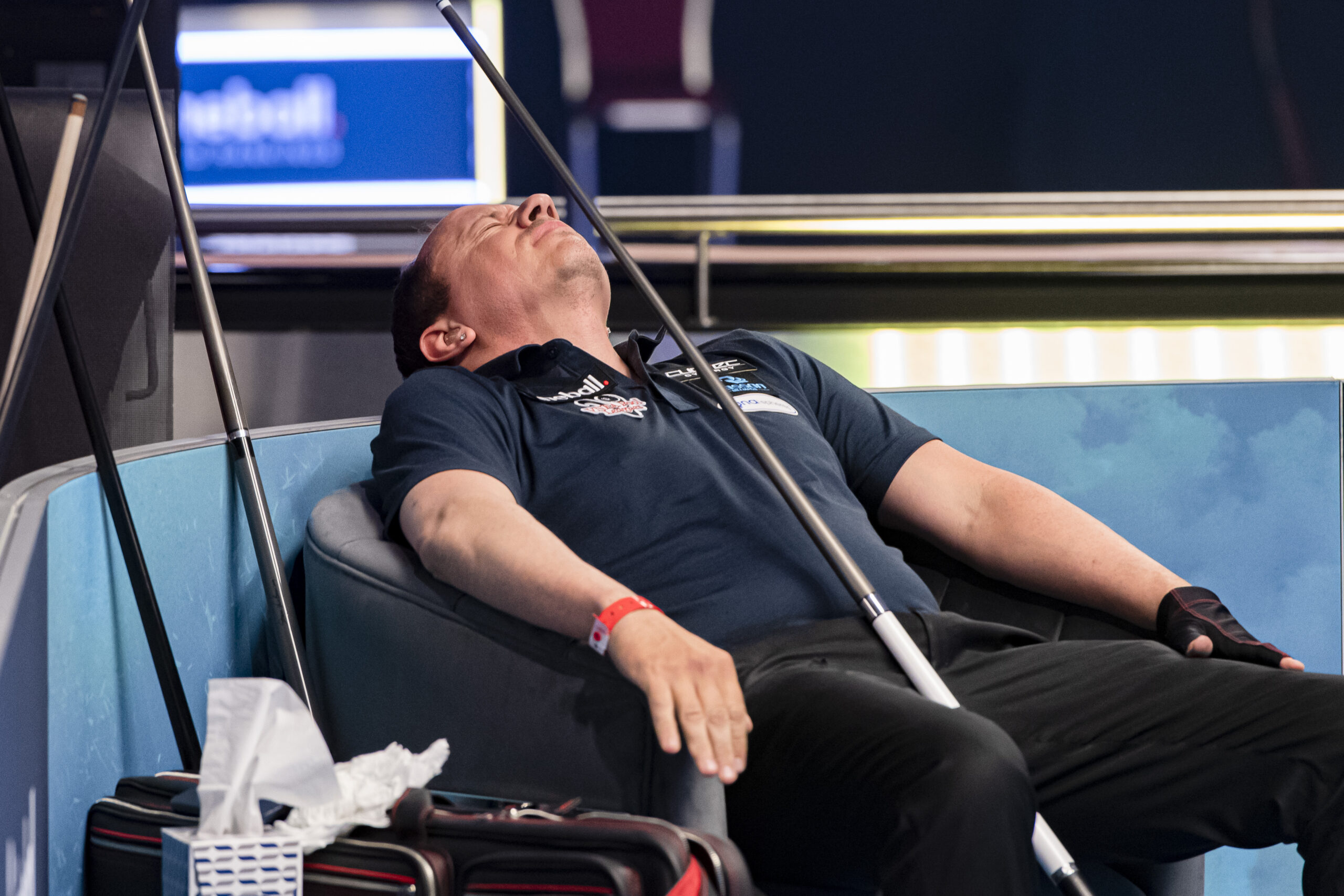 Shane Van Boening produced a comeback for the ages as he came from 10-3 down to defeat Hall of Famer and former World Champion Mika Immonen 11-10 to reach the Last 16 of the 2022 World Pool Championship at the Marshall Arena, Milton Keynes. Coverage live on Sky Sports in the UK/Ireland, DAZN in the USA, Canada, Brazil, Spain, Italy, Germany, Switzerland, and Austria as well as Viaplay and networks worldwide.

Van Boening will face Chinese Taipei’s Ko Pin Yi who downed Mosconi Cup MVP Jayson Shaw in a hill-hill finish as action heated up dramatically. Shaw had taken the early lead, but it was Pin Yi who hit back to lead 8-6 before reaching the hill first at 10-7. The Brit was never down and out though after a huge fluke on the 9 ball after he kicked the 2 ball into it and in. Pin Yi though is a former World Champion, and he showed the qualities that won him that title in 2015 to beat Shaw by a slender margin to meet Van Boening next.

Elsewhere, last year’s runner-up Omar Al Shaheen made a remarkable comeback from 10-1 down to beat Daniel Guttenberger in the last rack in the Last 32 before making lightwork of Masato Yoshioka in the Last 16 to set up a clash with Oliver Szolnoki who reached the semi-finals in 2021.

Two-time champion Thorsten Hohmann will meet fellow two-timer Albin Ouschan in the opening Last 16 match tomorrow morning on Table 1 after Hohmann knocked out Live 2023 Nineball World No.1 Francisco Sanchez Ruiz in the afternoon and Ko Ping Hang in the evening. Ouschan meanwhile got the better of Nicholas De Leon and Norweigan Mats Schjetne who gave Ouschan one of his toughest matches of the tournament so far sneaking through 11-8.

Darren Appleton keeps rolling back the years overcoming Tomasz Kaplan and Lo Ho Sum only dropping three racks in the process. The former World Champion will face his sternest test to date though tomorrow against the Killer, Joshua Filler. There was drama wherever you looked at the Marshall Arena and Naoyuki Oi’s match with Oscar Dominguez for a place in the Last 16 delivered.

Oi had cantered in front against Oscar Dominguez at 8-1 before it was the American who reached the hill first with Oi trailing by two racks at 10-8. The Japanese stalwart though showed why he renowned as one of the world’s best to book a Last 32 spot against the last remaining Pole, Konrad Juszczyszyn. Juszczyszyn proved no match for Oi who had found his groove though and now meets Chang Jung-Lin who slew Niels Feijen.

Feijen, a previous winner of the tournament himself, was frozen to his chair and 6-0 before he knew it after losing the lag, but he fought back to 6-4. It did prove to be all in vain though as Jung-Lin pushed back to make it two Chinese Taipei players in the Last 16.