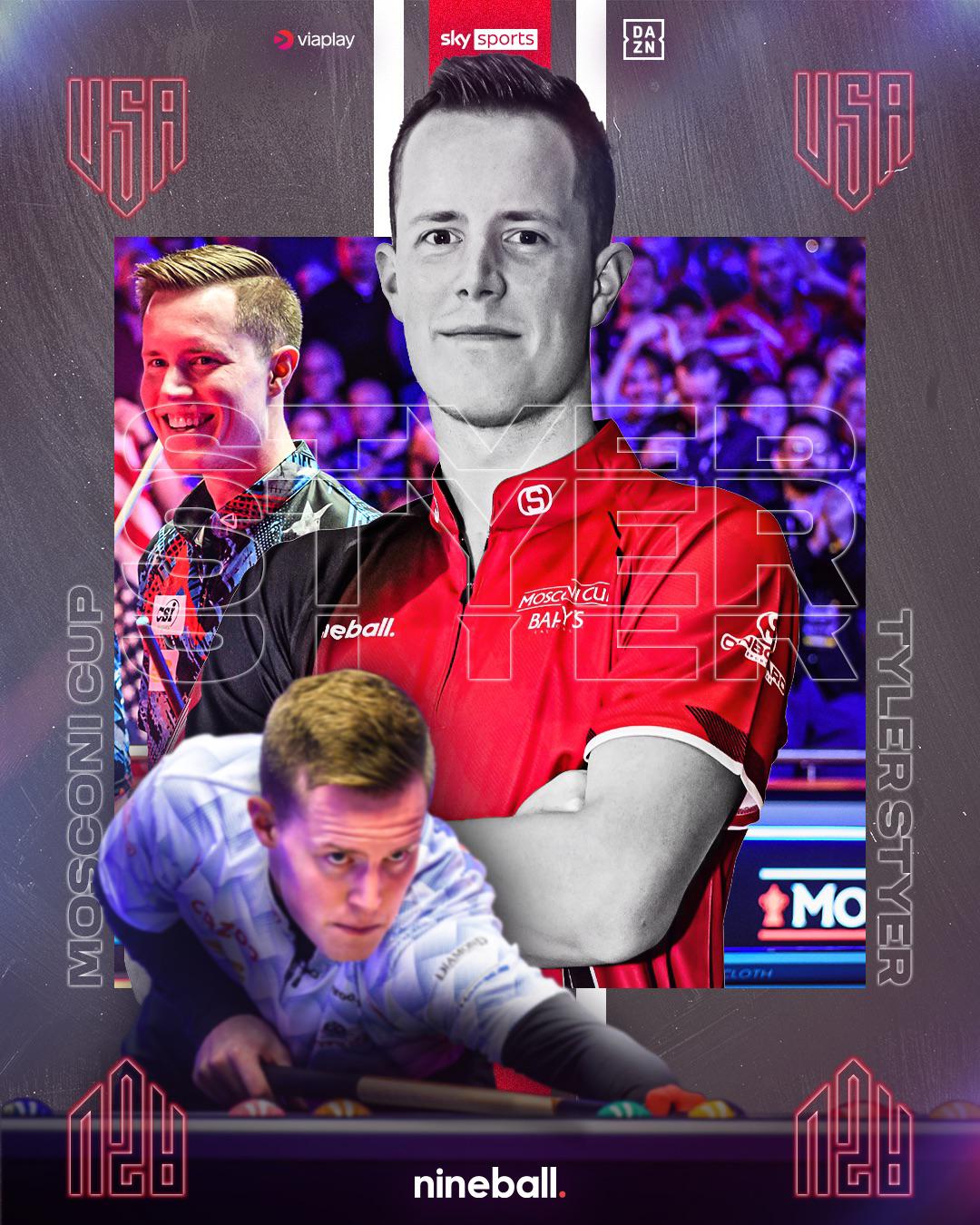 Tyler Styer will return to Team USA as Jeremy Jones’ first wild card pick for the 2022 Mosconi Cup at Bally’s Las Vegas live on Sky Sports, from November 30 to December 3 as well as on DAZN in the USA, Canada, Spain, and Italy. Viaplay in Scandinavia, the Baltics, the Netherlands, and Poland as well as on Matchroom.Live in countries without a broadcaster.

“The goal isn’t to just be on the team, it’s to bring the Mosconi Cup back to our hands.” – Tyler Styer

“I expect him to be delivering us points. I know he will be better prepared for this year.” – Jeremy Jones

Captain Jones opted to add Styer to his roster as he looks to lead his American side to glory for the first time since 2019 with Shane Van Boening, Oscar Dominguez, and Skyler Woodward already on the sheet after the conclusion of the US Open Pool Championship off the Live Nineball World Rankings.

Styer will make his fourth Mosconi Cup appearance having been on the winning side in both 2018 and 2019 most importantly when the cup was last on American soil. The Wisconsin native is ready to get going with his side: “It feels great to be back on Team USA this year, but the goal isn’t to just be on the team, it’s to bring the Mosconi Cup back to our hands. 2019 was so special for us on home soil for the first time in so long. Being able to celebrate with the family was just incredible.”

“When I got the call from JJ it felt great. I kind of hand a sense of calm when he called because of the way he is. For him to call and ask me to play for him and Team USA – it gives you a good feeling and fires you up to go out there and play your best,” Styer added.

Jones believes Styer is in good shape to hit the ground running in Las Vegas: “Tyler’s had one of a heck of a year. I know it hasn’t always brought the results it deserved but you can see the progression in his game both mentally and physically. He has a lot of tools at his disposal. I expect him to be delivering us points. I know he will be better prepared for this year than previous to deliver for the team and help bring the cup home.”

Both sides now have one wild card each to decide after Alex Lely unveiled Jayson Shaw as the first wild card for Team Europe yesterday. See more on Shaw’s return here. Make sure you stay tuned to the Matchroom Pool social pages to get the latest news as Mosconi Cup news drops. Facebook, Instagram, and Twitter.