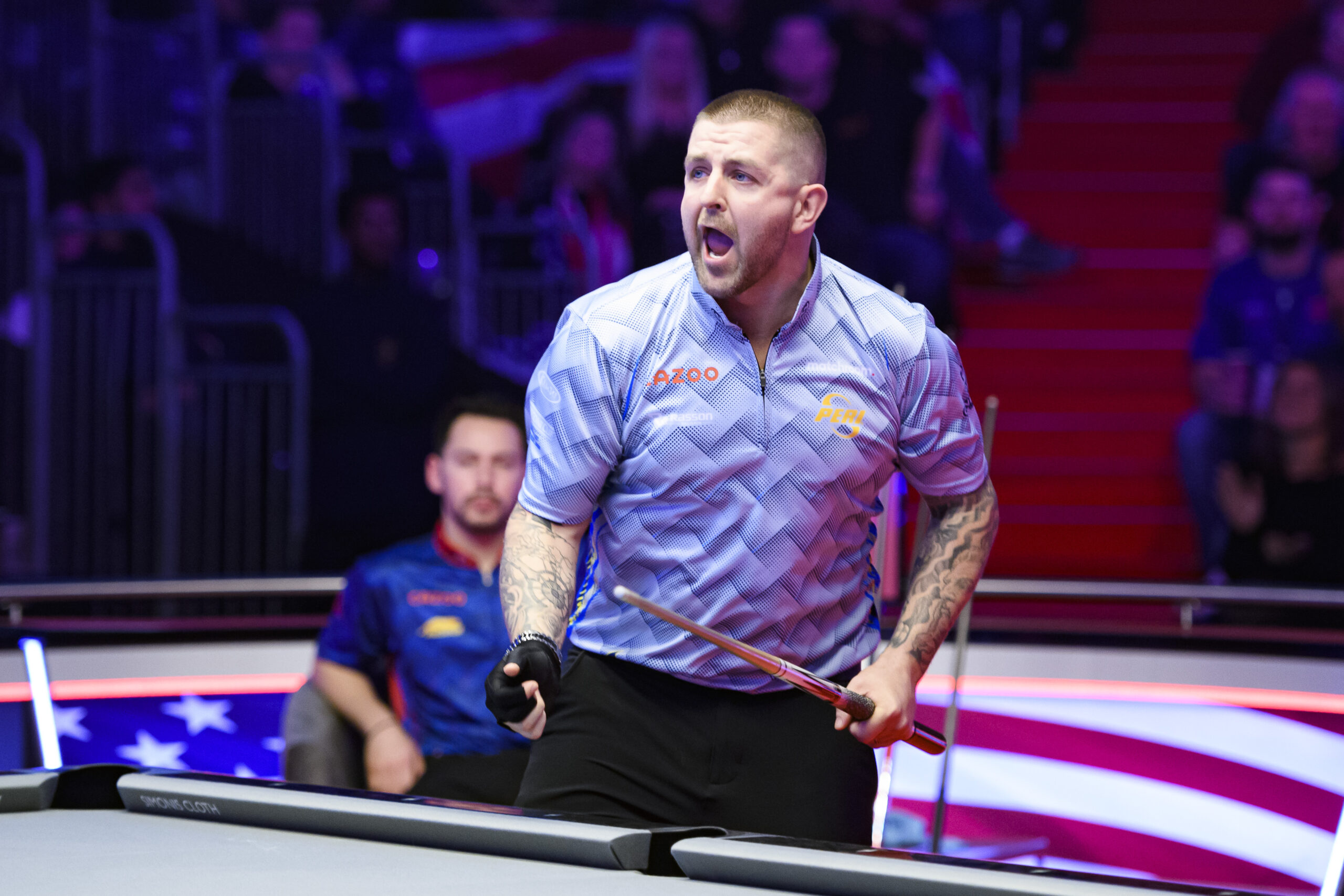 Jayson Shaw has been confirmed as the first wild card pick for Team Europe at the 2022 Mosconi Cup set to take place at Bally’s Las Vegas, live on Sky Sports, from November 30 to December 3 as well as on DAZN in the USA, Canada, Spain, and Italy and on Viaplay in Scandinavia, the Baltics, and Poland.

‘It’s about getting in their heads. I am the man for that job.” – Jayson Shaw

“His heart is on his sleeve, and he leaves it all out there.” – Alex Lely

Shaw comes into the Mosconi Cup as a two-time MVP claiming the crown in the last two editions of the transatlantic tussle between Europe and the USA. The Brit will head to Las Vegas looking to write further chapters in his already bulging CV at the cup that has seen him become one of the most feared players in the history of the competition.

“It’s amazing to be back in the team again. I am super excited to be picked. Alex Lely has a lot of experience with me on the team and I believe my leadership in the last few years with the team has been amazing. I am super excited and cannot wait to join back up with the team. It’s a great feeling to represent Europe for the seventh year,” said Shaw.
“It’s been tough the last few times we’ve played in Las Vegas. I know it will be amazing. I have great memories and some bad ones. The memory that sticks out most for me was winning and when I played Shane (Van Boening) and beat him and went to stand on his chair and got the crowd really riled up! That was something special. ”

Eagle Eye has been known as a thorn in the USA side in recent times claiming two singles victories and three doubles last year: “When it comes to taunting the American fans and getting them riled up, I love it. This is what the Mosconi Cup is about. It’s about getting in their heads. I am the man for that job. I like to get in their heads before it’s even started, and this year is no different. Get them all hot and bothered, and get under their skin. Get them frustrated, get them to hate me. The more hate I get, I love it. It brings out the best of me at the Mosconi Cup.”

Captain Lely added: “Jayson is just as we know him. His heart is on his sleeve, and he leaves it all out there. That’s of huge value to the team. His intensity means he can take a lot of heat and the bigger the stage. the more he thrives. This is what we as a whole team expect him to do this year. He has shown he can bring his game out there and the energy in the practice room and online. It’s good for the team to have Jayson involved. He can lead by example.”

Fans can expect to hear more from Shaw in the coming weeks with the launch of the new Golden Break Podcast series where Matchroom Multi Sport Managing Director Emily Frazer will hold in-depth conversations with some of the biggest characters in the sport to get to know who the person really is beyond Nineball. Be the first to watch Shaw’s episode by signing up to the Matchroom Pool Club for free here.

One further wild card pick will be revealed by Lely in the coming weeks to complete Team Europe with Jeremy Jones set to announce his two wild cards for Team USA in the same time frame.

On Jones’ American side Skyler Woodward and Oscar Dominguez were confirmed to be joining Van Boening last week off the Live Nineball World Rankings. Make sure you stay tuned to the Matchroom Pool social pages to get the latest news as Mosconi Cup news drops. Facebook, Instagram, and Twitter for the latest.