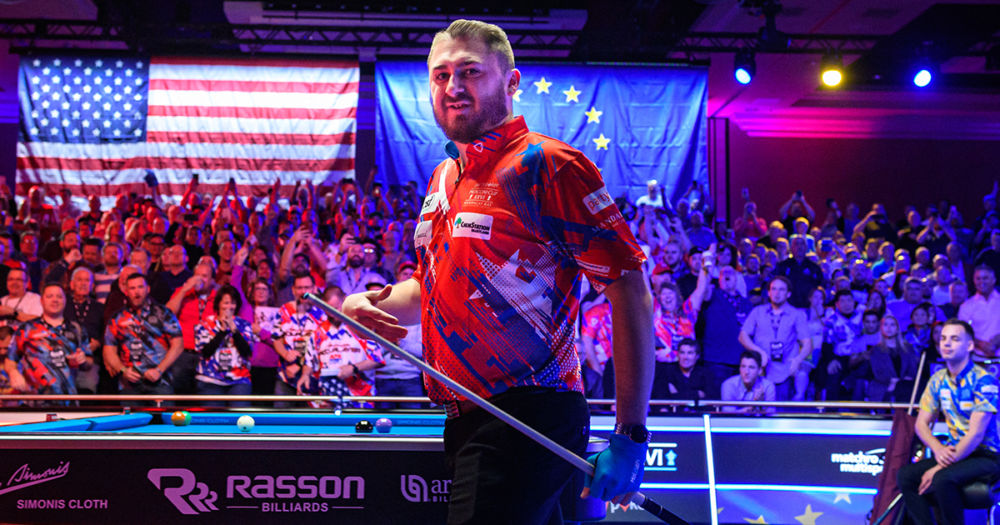 Woodward made the winning 9-ball at Mandalay Bay Resort, Las Vegas last November as USA repeated their Mosconi Cup victory of twelve months earlier, and the Kentucky Kid achieved a repeat of his own, taking home the MVP trophy for a second successive year.

He now joins automatic qualifier Justin Bergman on the team for Alexandra Palace this December, with Jones to name three further wildcard picks before the end of September.

“He has been a winner for a long time, he is winning on bigger stages and trending in a great direction,” said Jones. “I’m also leaning on him to bring a bit of a leadership role with his training and his personality.

“We expected him to be a part of the team. Last year, he had talked about playing Joshua Filler all week and we put him in that spot for the final day. I was on several teams playing and we had a lot of good victories, but a lot of close ones. I was in some situations where it was almost hard to find a player who was looking for that moment sometimes, because it is a huge moment.”

Woodward himself said: “It is an unbelievable feeling to make the Mosconi Cup. It is the greatest pool event of the year and just to make the team and represent my country is an amazing feeling.

“I like the environment and the crowd; it pumps me up and makes me want to play my best and make sure I am in top form.

“The first win, two years ago in London, it felt like the best win of my life. Winning it twice was sweet, but now if we can win it three times would be great. I have played five times and lost the first three and you wonder if we will ever win again, so winning that first one was the best feeling.”

Matchroom Pool are still hopeful and determined the partypoker Mosconi Cup will take place this year and are in constant detailed discussions with the relevant organisations and personnel to stay up to date. Our highest priority is the safety of everyone connected with the event however we are working hard to explore every avenue to making this work and will continue to do so, if it is possible.