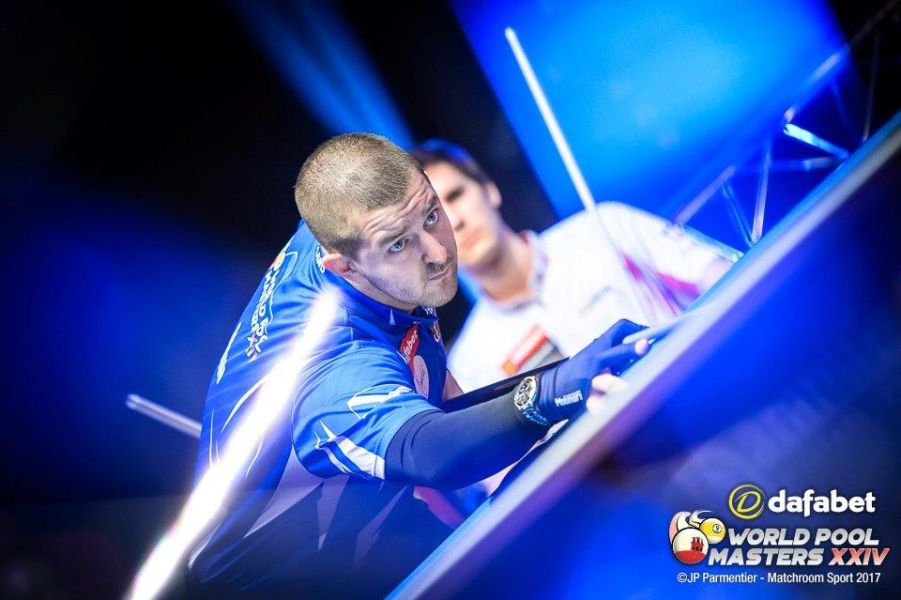 With the World Cup of Pool set for a return to the storied York Hall, London this June 13-18 the Scottish pair of Jayson Shaw and Pat Holtz have promised to leave anyone who stands in their way of the trophy looking like ‘frozen rabbits in the headlights’.

Scotland return to the event for first time since 2013, when Shaw & Fulcher suffered a first-round defeat to eventual finalists Holland. However, since then Shaw has gone on to claim a number of major titles in the sport including the Kuwait Open, Turning Stone Classic and the Challenge of Champions among many others. A remarkable 2016 ended in him playing a major part of Team Europe’s 11-3 trouncing of America on his Mosconi Cup debut in London.

“Shaw is unquestionably the No.1 player in the world,” said Holtz. “He has been so consistent over the last 18 months in all competitions, taking many major titles and the Mosconi Cup. His fearless game and knowledge scares opponents and you can see it in their eyes and demeanour at the table, they are like frozen rabbits in the headlights!

“Once we get going there will be no stopping us. Teams won’t want to draw us at any stage. We have the ability and fearless factor to go all the way in this. Nothing will phase us.”

Shaw added: “This is my second time playing in the World Cup of Pool. I’m looking forward to playing again as it’s such a great event with fantastic field.

“Myself and Pat have known each other for over 15 years so we know each other’s game really well. We’re going there to win.”

Holtz concluded: “Me and Jayson grew up together playing pool and know each other’s game very well. We have every confidence in each other and play at the same rhythm around the table which is an important chemistry to have. We are both very excited to get going in this event and look to be the first ever Scottish champions to take the World Cup of Pool title.”