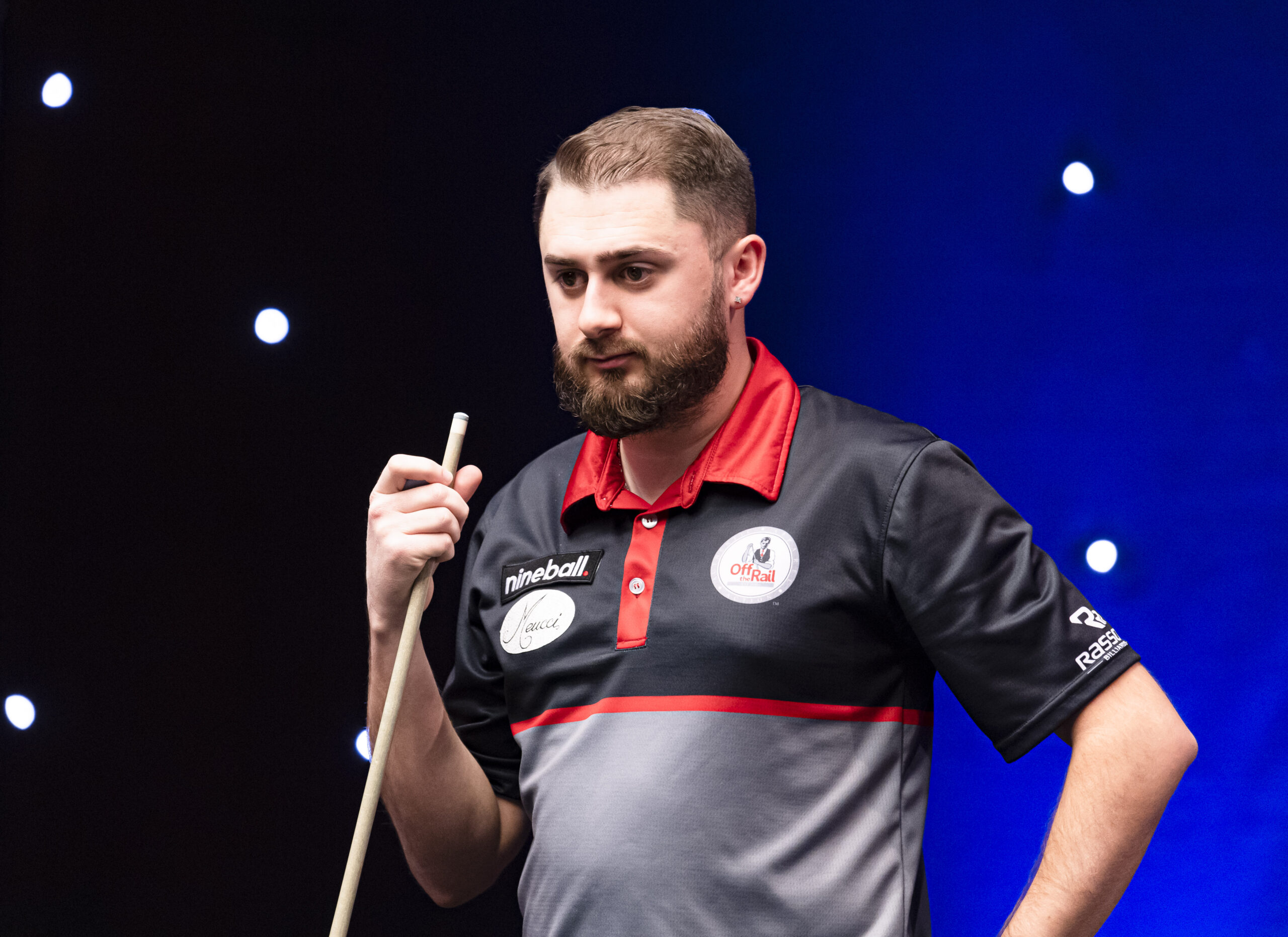 Only six remain at the Predator Cues Premier League Pool going into the final day of play at Stadium MK, Milton Keynes live on DAZN in the USA and networks worldwide.

Al-Shaheen and Fortunski’s fate was more or less sealed after day one of the second stage but it left plenty to play for the rest of the field with Shaw sitting comfortably at the top as Sunday began.

Woodward goes into the final day on top after exploding out the traps in Stage Two with seven wins from nine matches to be second in the league table only by Filler winning more racks than the American. The two-time Mosconi Cup MVP got his first point of Sunday in a hill hill finish over Ouschan before guaranteeing his spot in the next stage with a 5-2 win against Al-Shaheen.  Woodward’s movement up the table had coincided with him still having plenty to say on his counterpart’s future in the tournament.

Sanchez Ruiz faced off with Woodward knowing conceding just the one rack in his remaining two matches would see him miss out on the next stage and that was duly what happened. With his back up the wall, Sanchez Ruiz found himself 2-1 behind after leading 1-0 dashing any hopes of progressing as Woodward came out on top 5-3.

That wasn’t Woodward’s only say on matters though as he faced Kazakis next. Kazakis had one game over Alcaide who was in sixth position by virtue of rack difference by the end of his matches so any win would put Kazakis through. It was a match that went through the motions as Woodward led 1-0 but Kazakis found his rhythm as he saw out victory 5-3 to leapfrog Alcaide and seal the last spot in the final stage.

Ouschan has struggled since winning his opening 10 matches but recovered with two wins to round out stage two meaning he takes up third place on 16 points but is five back from Woodward on rack difference. Shaw also struggled to find some rhythm but finished off strong beating Van Boening

Van Boening’s break has been at its very best over the last few days and used that to his advantage when overcoming Shaw in his final encounter 5-2.