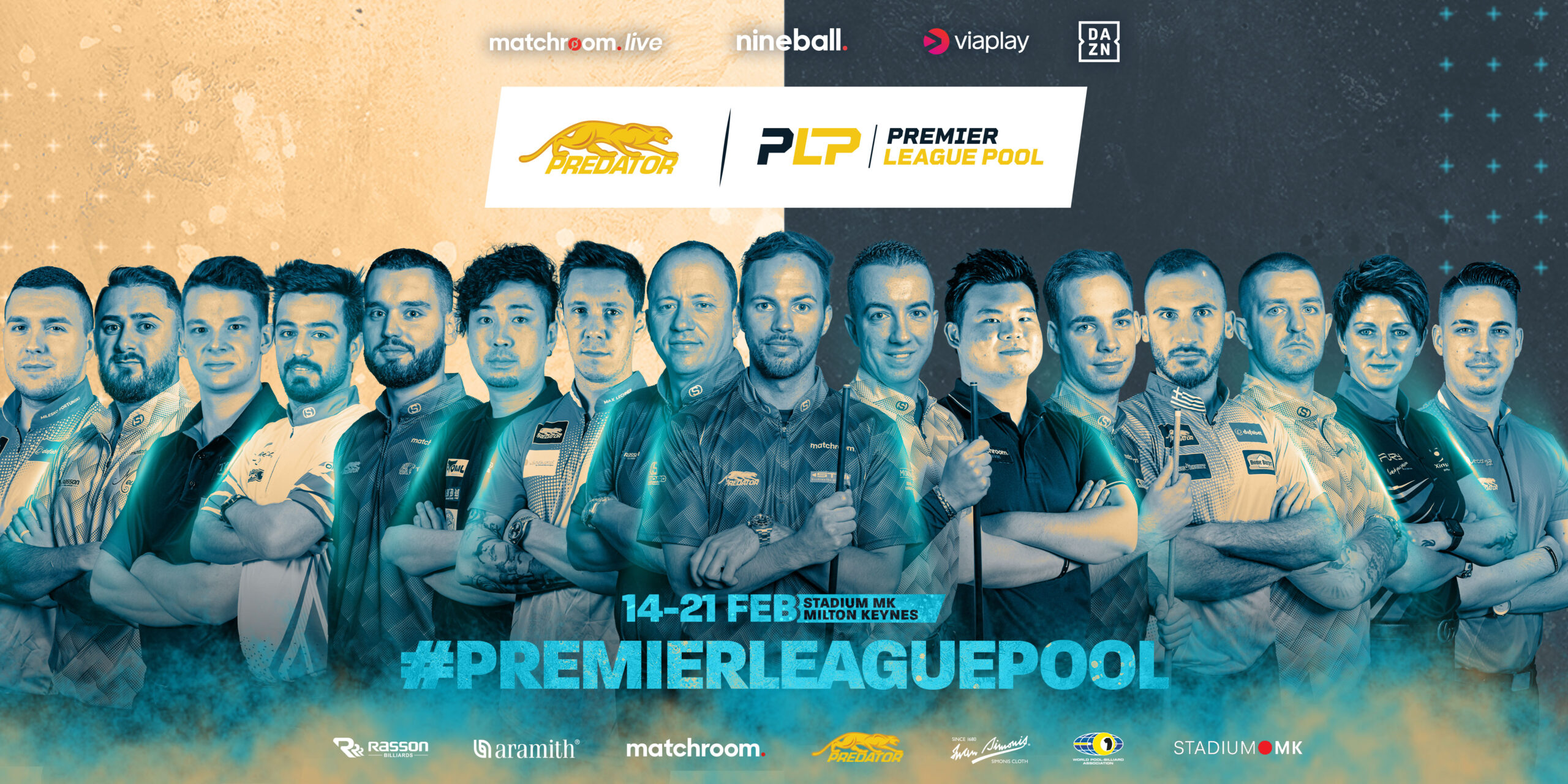 Matchroom Multi Sport is delighted to announce Predator Cues as the official title sponsor of the inaugural Predator Cues Premier League Pool from Monday, 14 February to Monday, 21 February at Stadium MK, Milton Keynes live on DAZN in the USA and Germany as well as networks worldwide.

Find out where to watch in your country here

Billard Beckmann, a premium multi-brand billiard distributor based in Germany and distributing Predator cues among other brands also joined as a first-time Premier League Pool sponsor.

Predator Premier League Pool sees 16 players compete in a league format with an increased prize fund of $100,000 guaranteeing each player $2,500 and the winner taking home $20,000. The tournament will get underway at 10 am (UK time) with an all-Austrian clash on Table 1 with World No.1 Albin Ouschan against Max Lechner. Every player will play each other once over the course of the first five days.

The full schedule of matches for the opening five days is available now with the Opening Session underway from 10 am to 3 pm daily before the Evening Session from 5 pm to 10 pm daily. See the full fixture list here.

Matchroom Multi Sport Managing Director Emily Frazer said: “We’re delighted to have Predator Cues on board as the official title sponsor for the first-ever Premier League Pool in what will prove to be a massive week of Nineball action. 16 of the world’s best going head-to-head in a brand new format – what is not to love? Fans will get to see every match unfold wherever they are in the world. I cannot wait for the action to get underway on Monday, 14 February.”