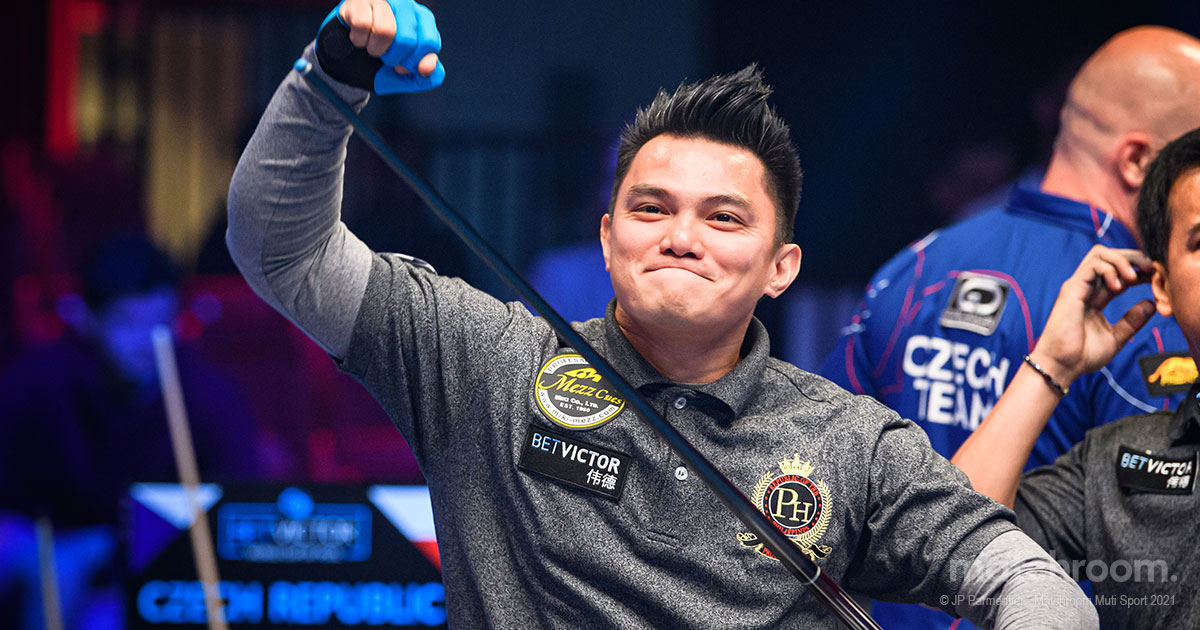 Philippines, Russia and Greece are the latest teams to be confirmed for the World Cup of Pool, while Italy and Switzerland will also be aiming for doubles glory at Stadium MK, England this May 9-14, live on Sky Sports and DAZN.

Russia will be represented by reigning World Champion Fedor Gorst and 23-year-old Sergey Lutsker, who was silver medallist at the Junior European 10-Ball Championship in 2015. Gorst was part of the successful European team when he made his Mosconi Cup debut last December and is hoping to help lead Russia to their first ever World Cup title this May.

Greece will be represented for a third time by the pairing of Nick Malai and Alexander Kazakis, runner-up at the last World Pool Masters. Italian duo of Daniele Corrieri and former Mosconi Cup star Fabio Petroni will also return, while Switzerland will be represented by Ronald Regli and Dimitri Djungo.

The World Cup of Pool features 32 two-player teams and is played to a straight-knockout format, with a total prize fund of $250,000.

Team Austria (Albin Ouschan and Mario He) will defend their title in Milton Keynes, but competition will be tough with some of the biggest names in pool already confirmed. They include, Netherlands (Niels Feijen and Marc Bijsterbosch), Japan (Naoyuki Oi and Masato Yoshioka), and Great Britain A (Jayson Shaw and Chris Melling). Also confirmed are teams from Finland (Petri Makkonen and Casper Matikainen), Poland (Mieszko Fortunski and Wojciech Szewczyk) and Spain (David Alcaide and Francisco Sanchez-Ruiz).

As host nation, Great Britain has two teams in the World Cup and the combination of Women’s World 9-Ball Champion Kelly Fisher and BCA Hall of Famer Allison Fisher makes Great Britain B one of the most anticipated teams of the event.

Further teams will be announced shortly and the draw for the World Cup of Pool will be made soon after all teams have been confirmed.