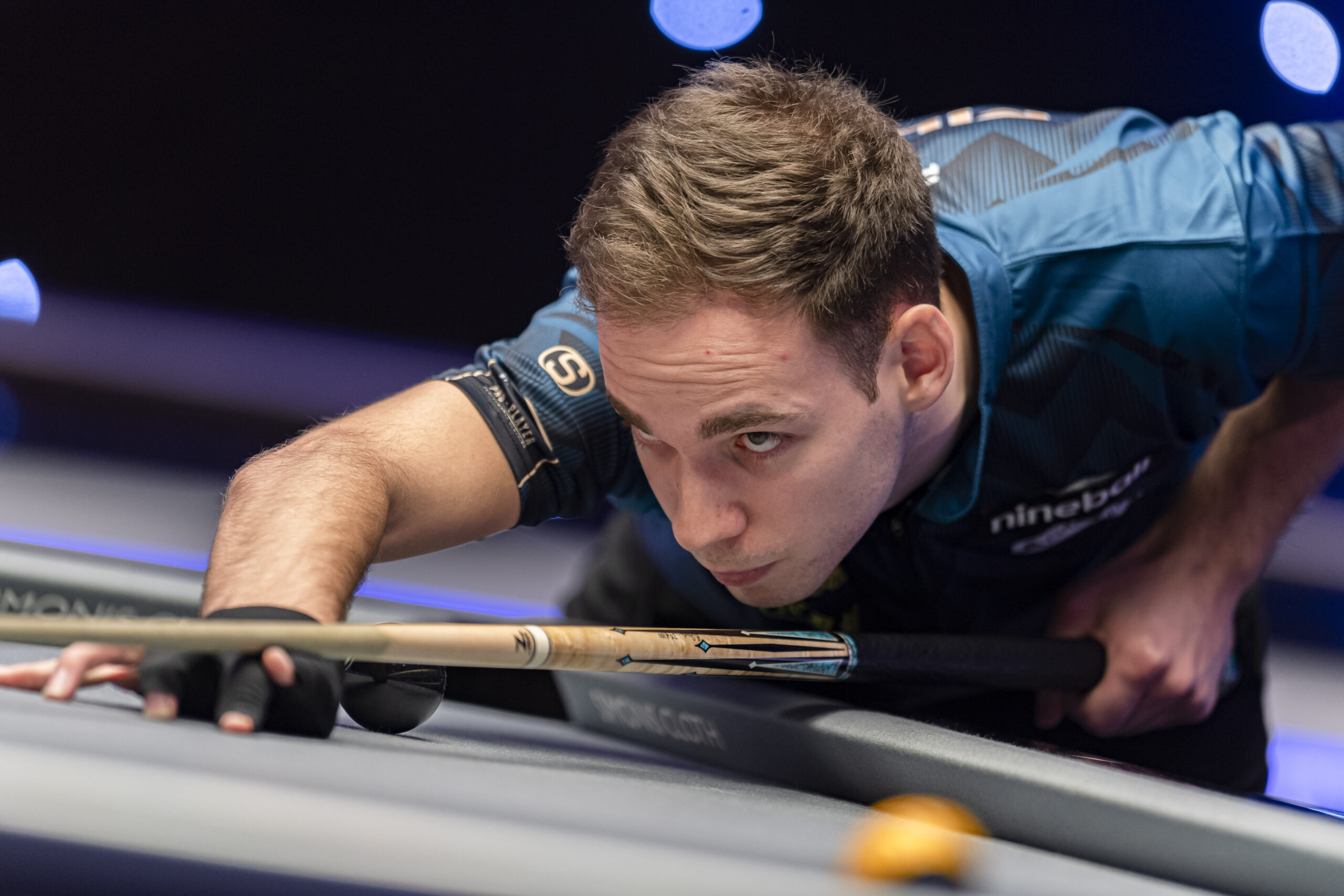 Albin Ouschan and Joshua Filler both remain unbeaten at the top of the table after day two of the Predator Cues Premier League Pool at Stadium MK, Milton Keynes broadcast live on DAZN in the USA and networks worldwide including Matchroom.Live.

Ouschan opened his day with a comfortable 5-2 display against Alexander Kazakis but found himself up against it in a battling hill hill finish against 2021 US Open runner-up Aloysius Yapp. The World No.1 made it six from six in the evening session against Mosconi Cup teammate Eklent Kaçi. Filler has also made a hot start with six wins from six in similar fashion to his European counterpart.

Kelly Fisher had one of the best days of all 16 players as the Women’s World No.1 moved into the top 10 on the league table. The top 10 will make stage two on Saturday and Fisher beat Kaçi and Max Lechner 5-3 and 5-4 respectively before agonisingly missing out to Shane Van Boening after being 4-1 up. Fisher scratched on the two ball allowing Van Boening to complete a comeback in the final rack.

Van Boening is the only other unbeaten player in the field with the American fending off Omar Al-Shaheen in a 5-4 win in the day session before overcoming Naoyuki Oi 5-3 off the back of his win over Fisher.

It was another day to forget for Max Lechner who is rooted to the foot of the table with seven defeats from seven matches but it wasn’t for the want of trying. Lechner’s defeat to Fisher came in unfortunate circumstances after missing the six ball in the final rack. Francisco Sanchez Ruiz had a day to forget on Monday but recovered well to beat Al-Shaheen 5-4 and Szolnoki 5-1 before wrapping up a positive day against Lechner 5-3.

The evening was wrapped up with a Mosconi Cup stalwart contest between Skyler Woodward and Jayson Shaw. Woodward was 3-2 ahead against the 2021 Mosconi Cup MVP but it was Shaw who bounced back to seal a 5-3 win and sit fifth in the overall standings. Woodward meanwhile will need a big day three as he currently sits inside the bottoms six.

Predator Premier League Pool sees 16 players compete in a league format with an increased prize fund of $100,000 guaranteeing each player $2,500 and the winner taking home $20,000. Day three gets underway from 10 am UK time with Yapp against Oi on Table 1 and Alcaide against Fisher on Table 2.