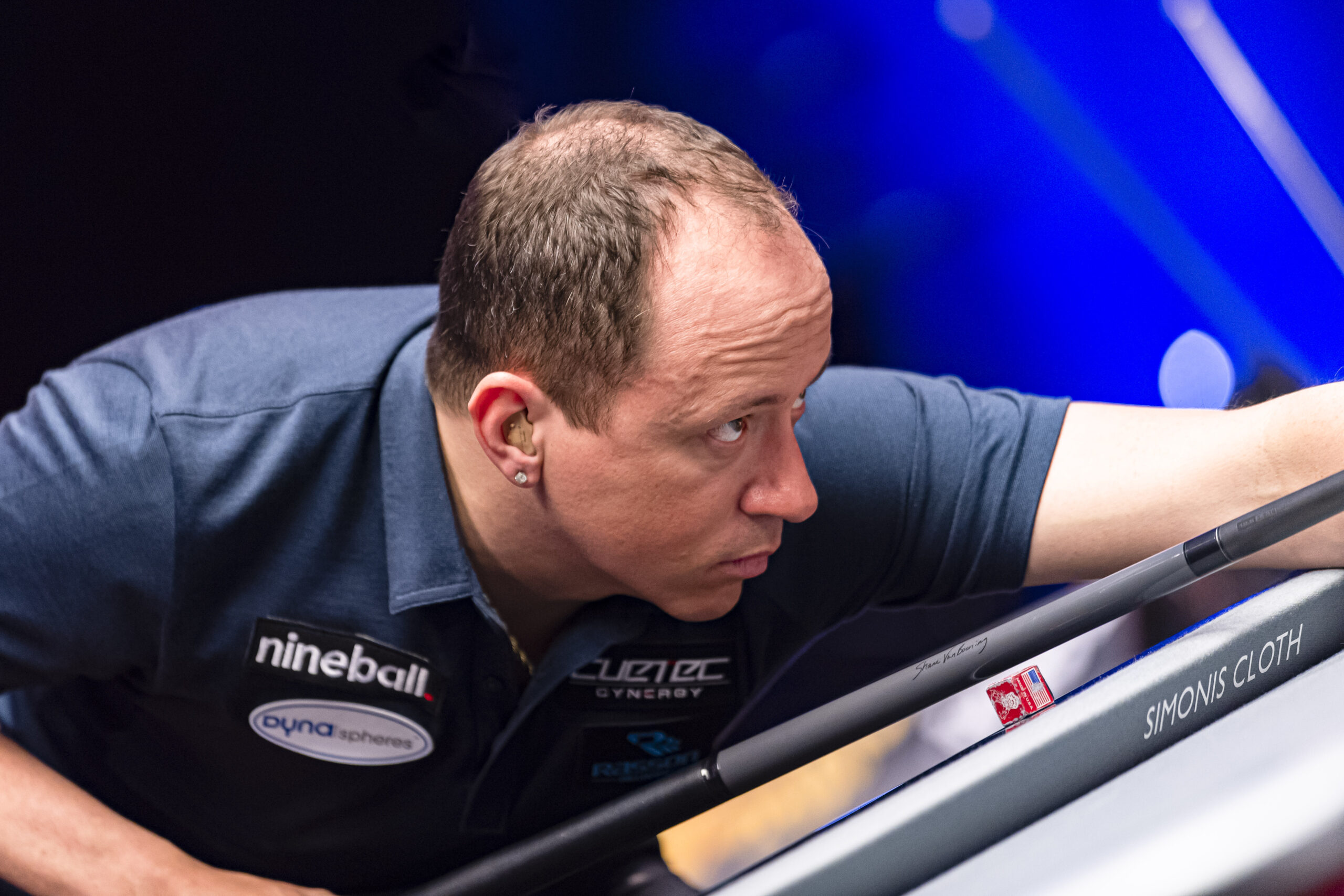 Six players were eliminated after the conclusion of Day 5 of the Predator Cues Premier League Pool at Stadium MK, Milton Keynes, broadcast live on DAZN in the USA and networks worldwide including Matchroom.Live.

On what promised to be an action-packed last day of the opening stage, only Eklent Kaçi knew his fate with only Albin Ouschan, Joshua Filler, Jayson Shaw, David Alcaide, Francisco Sanchez Ruiz, and Shane Van Boening sure of making the Second Stage.

Lechner was quickly eliminated after defeat to Van Boening. Van Boening steamrollered through day five after a small blip in the earlier days perhaps most notably getting the better of Mosconi Cup rival Shaw at the top of the evening session 5-2. The South Dakota Kid looks well placed in second place after 15 matches with 11 wins on the card alongside Ouschan who struggled after not dropping a point in his opening ten encounters.

Two-time Mosconi Cup MVP Woodward cruised through in the end after downing Ouschan, Al-Shaheen, and Fisher to finish his opening stage. The pick of the bunch being a whitewash win over Fisher 5-0.

Oi struggled after initially starting the week with three wins from four and the Nineball World No.7 ended up finishing 13th. Fisher meanwhile did hold some hope with three matches to play today but never truly got going after a 5-1 defeat to Al-Shaheen in the morning session.

Al-Shaheen lived dangerously after beating Fisher with three straight defeats to start the evening session meaning he was relying on other results to secure his place in Stage Two which he duly did.

The real drama came in the last match though as Szolnoki and Fortunski faced off. Yapp had earlier beaten Sanchez Ruiz 5-0 meaning if Szolnoki beat Fortunski 5-1 or 5-2 he would take the tenth spot. Any sort of victory for Fortunski would book his spot whilst Szolnoki needed to win 5-0 to take the final spot. It proved to be too much to ask for Szolnoki though who lost the opening rack to Fortunski. Yapp still had hope though after Fortunski had gone 2-1 up, Szolnoki levelled it to two all. But that is when Fortunski hit the front and booked his place. The Butcher failed to win on the opening day but had done enough leg work to win 5-4.

Predator Premier League Pool sees 16 players compete in a league format with an increased prize fund of $100,000 guaranteeing each player $2,500 and the winner taking home $20,000. Stage two gets underway with Filler against Al-Shaheen.