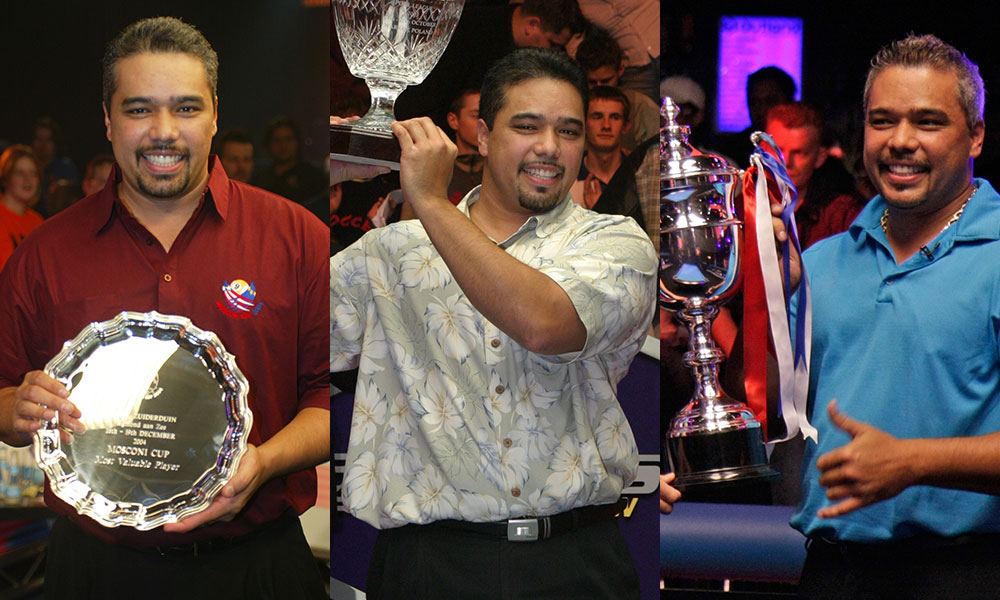 Rodney Morris, who has enjoyed huge success in Matchroom Sport-produced pool events over the years, has been inducted into the highly prestigious Billiard Congress of America Hall of Fame. ‘The Rocket’ will join the great and the good of the game when he is inducted formally at the Hall of Fame banquet during the US Open at the Norfolk Sheraton Waterside in Norfolk, Va. on October 20, 2016.

“I want to cry,” said an emotional Morris when informed of his honour. “It is validation and recognition of all the years and hard work I’ve put into this game.

“Getting into the BCA Hall of Fame is especially gratifying because I came from a broken home, was
raised on the streets and made just about every mistake you can make. But I persevered, which proves that everyone can do something great it they dedicate themselves to it.”

Morris’s history with Matchroom Sport got off to a flyer in 2003 when he won the World Pool League in Warsaw, Poland, defeating Thorsten Hohmann in the final. He was a World Cup of Pool winner in Rotterdam in 2008, partnering Shane Van Boening undefeated through the tournament.

The Mosconi Cup proved fertile ground for the Rocket as he was on the winning side in his first three appearances including MVP honours in 2004. In addition, Morris was a silver medallist at the 2005 World Pool Masters as well as the 2006 World Cup of Pool. He also took bronze at the 2005 World Pool Championship in Kaohsiung, Taiwan.

Matchroom aside, Morris initially shot to fame in 1996 when he took down Efren Reyes in the final of the US Open at the age of 26. Morris was away from the game for nearly four years following a federal drug conviction, but returned to the game in 2001 and won the year-ending Sands Regency Open.

He finished second to Reyes in the IPT World 8-Ball Championship in 2006, earning $150,000. Morris. More recently, Morris captured titles at the Turning Stone Classic and the U.S. Open 10-Ball Championship. Proving there’s life in the old dog yet, the Rocket currently heads the Team USA Mosconi Cup ranking after 12 events.