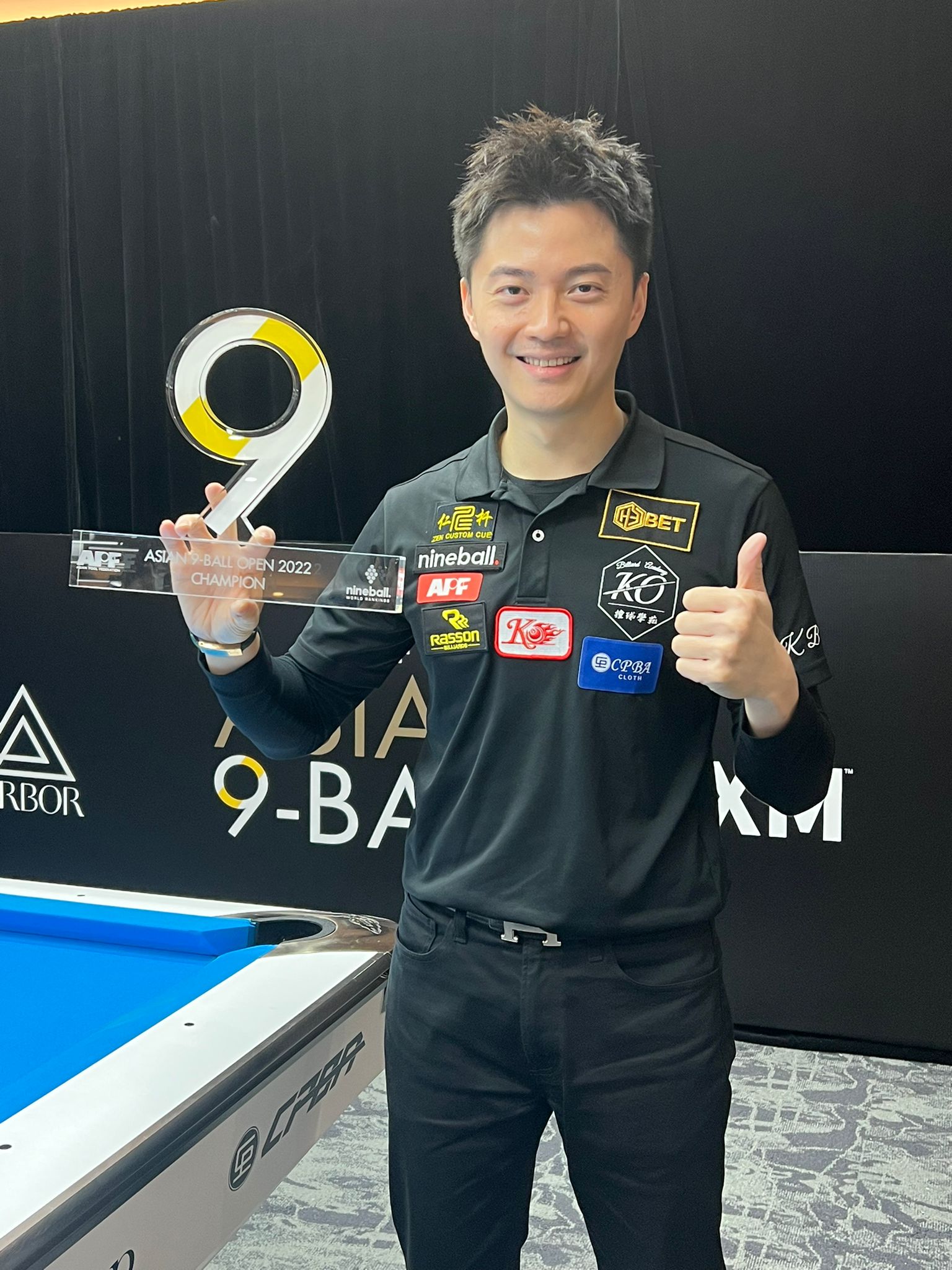 Ko Pin Yi has moved inside the world’s top ten on the Live Nineball World Rankings after claiming The APF Asian 9-Ball Open title beating James Aranas in the final 13-11 in Singapore live on the Matchroom Pool social channels as well as on the APF feeds, Matchroom.Live and broadcasters across Asia.

The 2015 World Champion knocked out US Open runner-up Aloysius Yapp, Masato Yoshioka, and Johann Chua on the way to a memorable victory that sees Ko rise inside the top ten on the Live Nineball World Rankings thanks to the 10,000 Singapore Dollars first place prize. Aranas showed guile and guts throughout as he reminded the world what he is capable of but in the end, it proved not to be enough to pip an imperious Ko who came from behind meaning the Filipino settled for 5,000 Singapore Dollars and second spot.

Ko has been back playing in Europe this year and acknowledged it made a difference playing closer to home: “The difference between Asian and European style in play is very different but despite that, I still had to be performing at my very best to win the tournament. I felt less pressure with less travel and being able to communicate with people in mandarin so I felt a lot more relaxed and confident.”

The Chinese Taipei star was happy to move inside the top ten to increase his chances of getting into the biggest tournaments on the calendar next year: “In Asia, if there are more rankings events, I will make more of a point of taking part. I feel more pressure when I travel abroad. Winning the tournament will boost my confidence to play well in the US Open Pool Championship. I hope all Matchroom events will come to Asia!.”

Naoyuki Oi’s run to the semi-finals before defeat to Aranas sees the Japanese star move up from World No. 27 to No.22 whilst Chua enters the rankings for the first time at No. 100. Oi now sits just outside the World’s Top 20 by less than $500. Hong Kong, China’s Lo Ho Sum, and Robbie Capito both move inside the Top 50 after runs to the Last 16 and Quarter-Finals respectively.

The tournament was live streamed across the world on the Matchroom Pool Facebook and YouTube as well as OTT platform Matchroom.Live to become the first tournament outside of Matchroom events to be broadcast on those feeds. Matchroom provided support to the APF on site with Karl Boyes lead commentator throughout the coverage live from Singapore.

Matchroom Multi Sport Managing Director Emily Frazer was also on-site in Singapore: “I am delighted with how the inaugural APF Asian 9-Ball Open has gone. I want to take the chance to thank the APF’s team for putting together such a professional set-up and working with us on this Nineball first. I am excited to see where our partnership can head and I hope it’s the first of many Nineball Ranking tournaments to take place in the Southern Hemisphere. It has opened my eyes to further the Nineball schedule globally.”

Focus now turns to Europe and Zaragoza in Spain for the PRP Nineball Open that is set to take place from September 14-19.