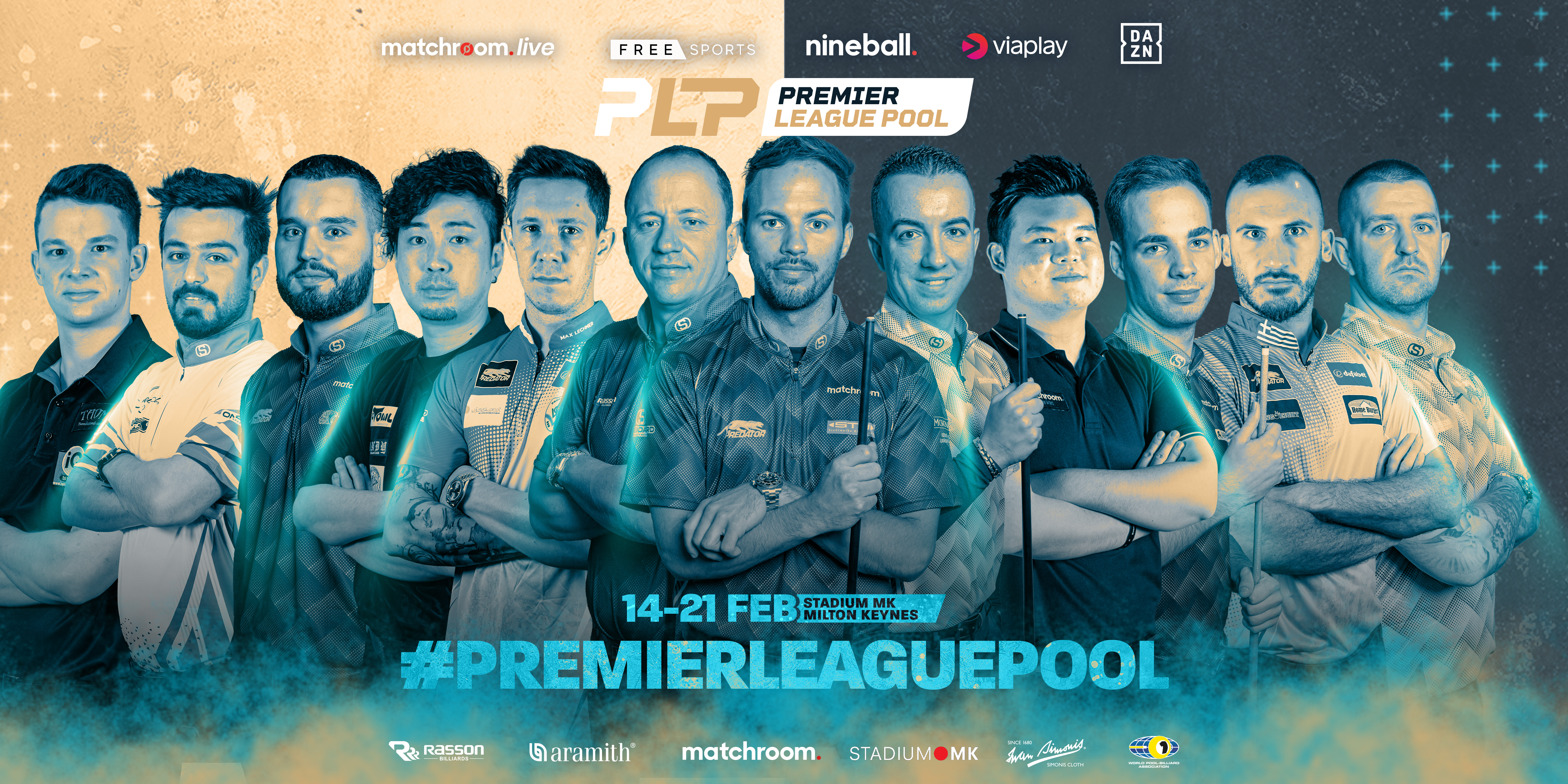 The first 12 players for the inaugural Premier League Pool at Stadium MK, Milton Keynes from Monday, February 14 to Monday, February 21 have been confirmed off the Nineball World Rankings with a four further players due to join the field as wild cards.

World No.1 Albin Ouschan will lead the field with a total prize fund of $100,000 on offer with first place taking home $20,000 and a minimum of $2,5000 guaranteed with the likes of the USA’s Shane Van Boening, Singapore’s Aloysius Yapp, Japan’s Naoyuki Oi, Kuwait’s Omar Al-Shaheen and 2021 Mosconi Cup MVP Jayson Shaw part of the line-up.

Four wild cards will make up the 16 players as they compete in a league format. It will be a non-ranking event broadcast worldwide across two tables. New broadcasters are being added daily but find out where to watch in your country so far here.

The below 12 earned their entry off the Nineball World Rankings