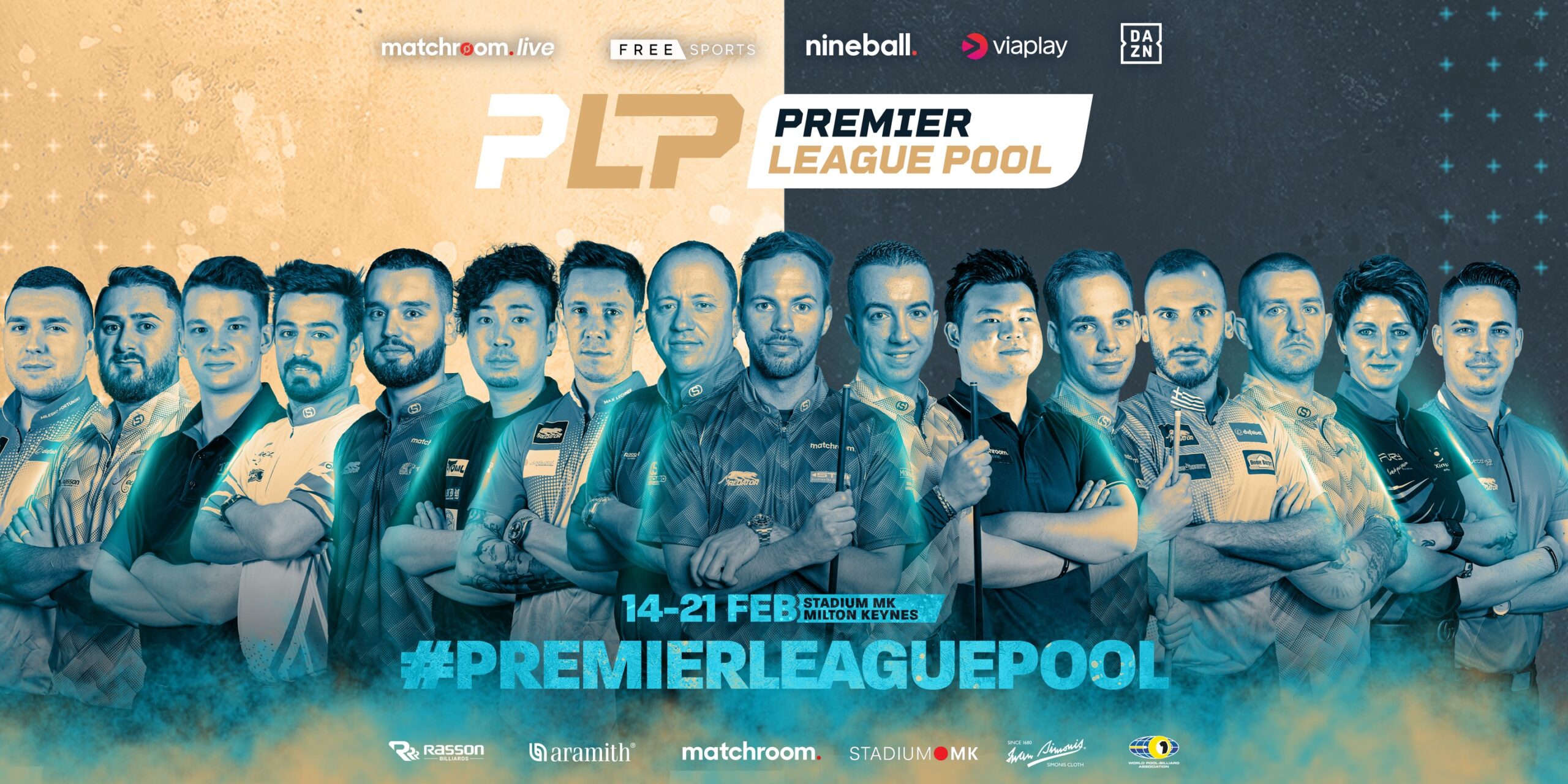 The full line-up for Premier League Pool has been confirmed with Francisco Sanchez Ruiz, Mieszko Fortunski, Skyler Woodward, and Kelly Fisher joining the top 12 off of the 2022 Nineball World Rankings with action set to get underway from Monday, February 14 to Monday, February 21 Stadium MK, Milton Keynes.

He spoke of his delight in winning the 9-ball division at the Derby City Classic and becoming the final wild card pick on this week’s episode of The Loose Pool Podcast with Michael Bridge and Matchroom Multi Sport Managing Director Emily Frazer: “I feel great, I can’t believe it to be honest. I think winning the first tournament of the year on the rankings has given me confidence. The 9-ball division was tough and the draw was so tough. I played against Shane (Van Boening) and Albin (Ouschan) and I playedFiller twice as well as David Alcaide. I am very happy.”

“When I played with Shane I was 6-1 and if I lost that I was out. I came back and won that match and it gave me extra confidence. I feel really confident. In the last year. I have won two EuroTours and I feel really good in my game right now.”

“I can’t wait to play in Premier League Pool. It is unbelievable. I have never played in a league format before. I cannot wait to get started on Monday, February 14 in Milton Keynes, England. It is an interesting format. I think it is good because you get to play a lot of matches. I will try my best to win.”

Watch the full episode of Loose Pool here as Frazer and Bridge discuss what fans can expect from the upcoming Premier League Pool and much more.

Women’s World No.1 Fisher was the first wild card pick and will be looking for a strong start on day one whilst Fortunski has a burgeoning reputation in the game and has delivered some stellar performances over the last 12 months at Matchroom events. Woodward meanwhile was a shining light in the USA’s Mosconi Cup defeat in December and will look for a strong start to 2022.