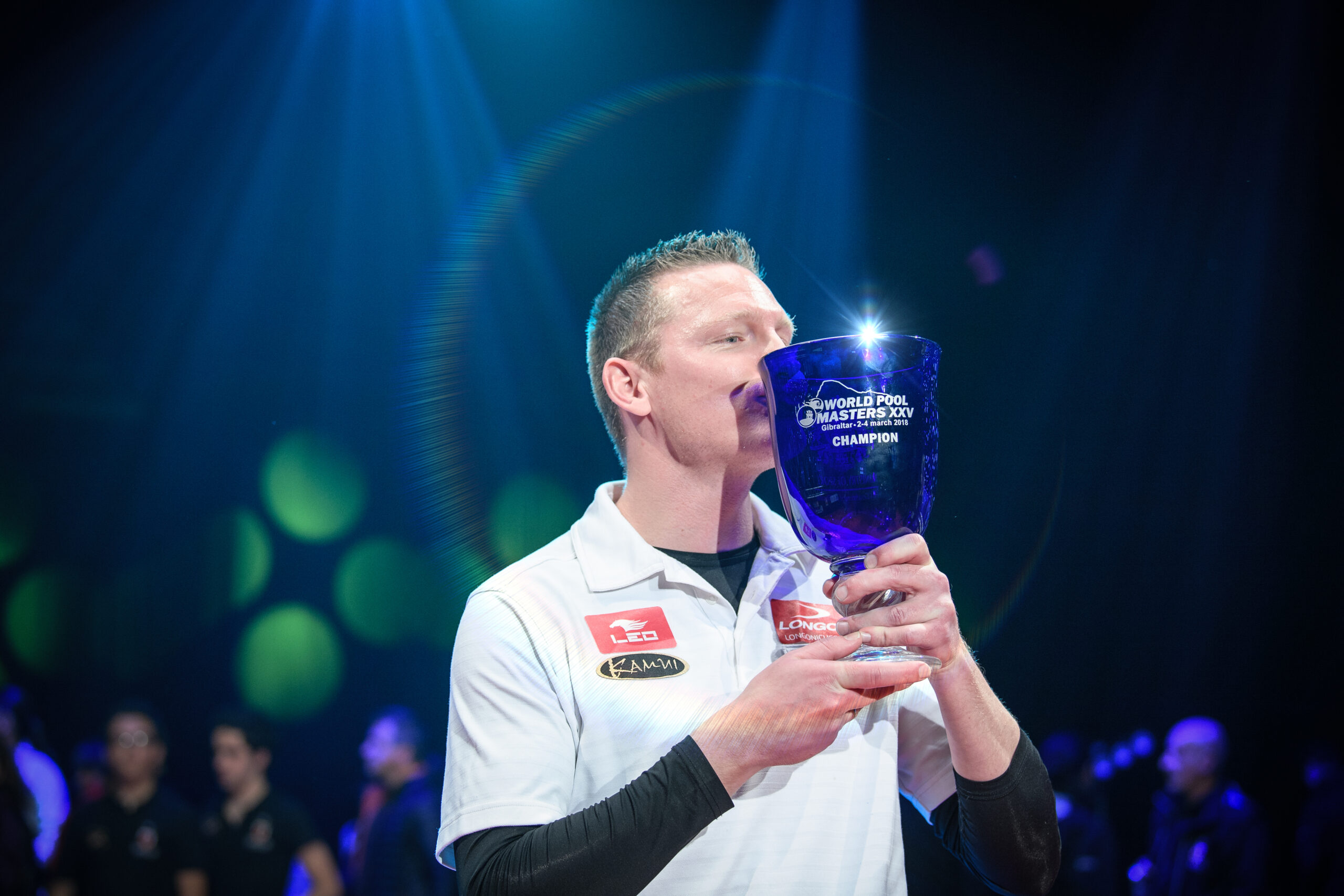 FEIJEN | IT'D BE AMAZING TO WIN IT AGAIN

Two-time World Pool Masters champion Niels Feijen has admitted it was a surprise when he received his wild card invite for the 2022 World Pool Masters at the Europa Point Sports Complex, Gibraltar May 5-8 live on Sky Sports in the UK.

Feijen was speaking to Karl Boyes on the latest episode of Loose Pool with the Dutchman in a reflective mood ahead of next week admitting that it would be an amazing feeling to claim the title for the third time, but he’s aware the challenge is much harder as an unseeded player: “When you look at it back then you had to win four matches but you have to beat four of the toughest guys on the planet. Now I have to win five! If I catch some groove and form, I am playing well enough to win. I don’t think anyone is a hot favourite. It’s a tough format. It would feel amazing to win it three times. It’d be a good line to see how many have won it more than twice. It’d be a nice group to join.”

In 2018, Feijen had to overcome Shane Van Boening in the final but it wasn’t his biggest challenge after being told to stay away from the pool table for over ten weeks prior to the tournament to recover from tennis elbow. The victory was an emotional one for Feijen who only really felt his best when playing Boyes in the semi-finals: “I wasn’t able to hit a ball until right before. It was borderline that I was about to pull out but then I got the green light from my physio to play for 20 minutes a week before the event. The next day I could do 30 then 40 etc. Then I was allowed to do a break that really hurt in the beginning. I had zero form and zero expectation.”

“When I got there, I played you (Karl Boyes) in the semis. The thing was, that was the first match, and moment I was pain-free, the chains just flew off, there was so much energy going through me. I didn’t care if I was going to win or lose. I was like a kid again. When you get in that mode it’s a win-win. Won the semis then I won the final. Amazing memories and one of the biggest wins emotionally for me in my career.”

Some may write off Feijen with the new wave of European players breaking through but he’s more focussed than before to keep delivering huge moments with the Terminator keen to keep impressing: “During COVID-19, I struggled you were playing then taken off for four or five weeks. That’s tough you have to pick back up and stay motivated. I wasn’t playing good but to be honest, my motivation wasn’t at its peak. This year, I said we had the European Championship, I want to go there and get a gold medal. I got gold medal in Nineball. My game’s been good.”

The 2022 World Pool Masters will once again be played on Rasson Ox tables with 4-inch pockets with the tournament known as one of the toughest in Nineball not just for the strength and depth of the field but playing conditions:  “I think it’s good. It was really tough last year. The heat is on in short races. You see surprising misses. The players are under pressure right out the gate. You have to take of your position play than with looser pockets. You will see more surprises in the World Pool Masters with crazy misses and it will get under the player’s skin. You have to mentally prepare.”

Feijen will enter the preliminary stage before facing one of the seeded top eight off the 2022 Nineball World Rankings in the Last 16. He will find out his opponent when the draw is complete on Thursday, April 28.

The top 8 seeded players enter at the last 16, where they are joined by the winners from the preliminary round, where players ranked 9-24 face off.

All matches race to 7, winner breaks, except for the final which is a race to 9.