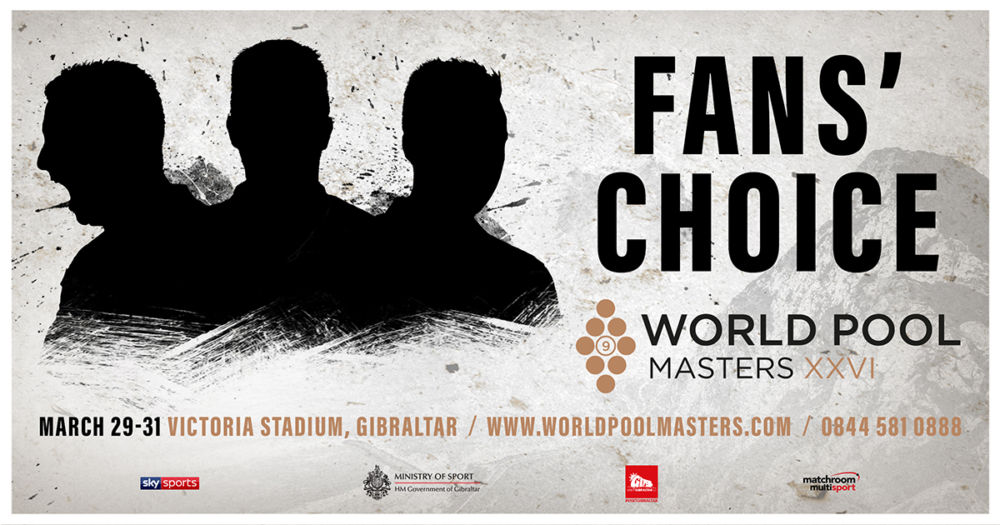 After over 20,000 nominations were cast in Stage One, the five players who received the most nominations are now through to The Final Vote.

Make your selection below and the player who has received the most votes when voting closes at 12noon (UK time) on Friday, February 1 will earn the Fans’ Choice invite to the 2019 World Pool Masters in Gibraltar.