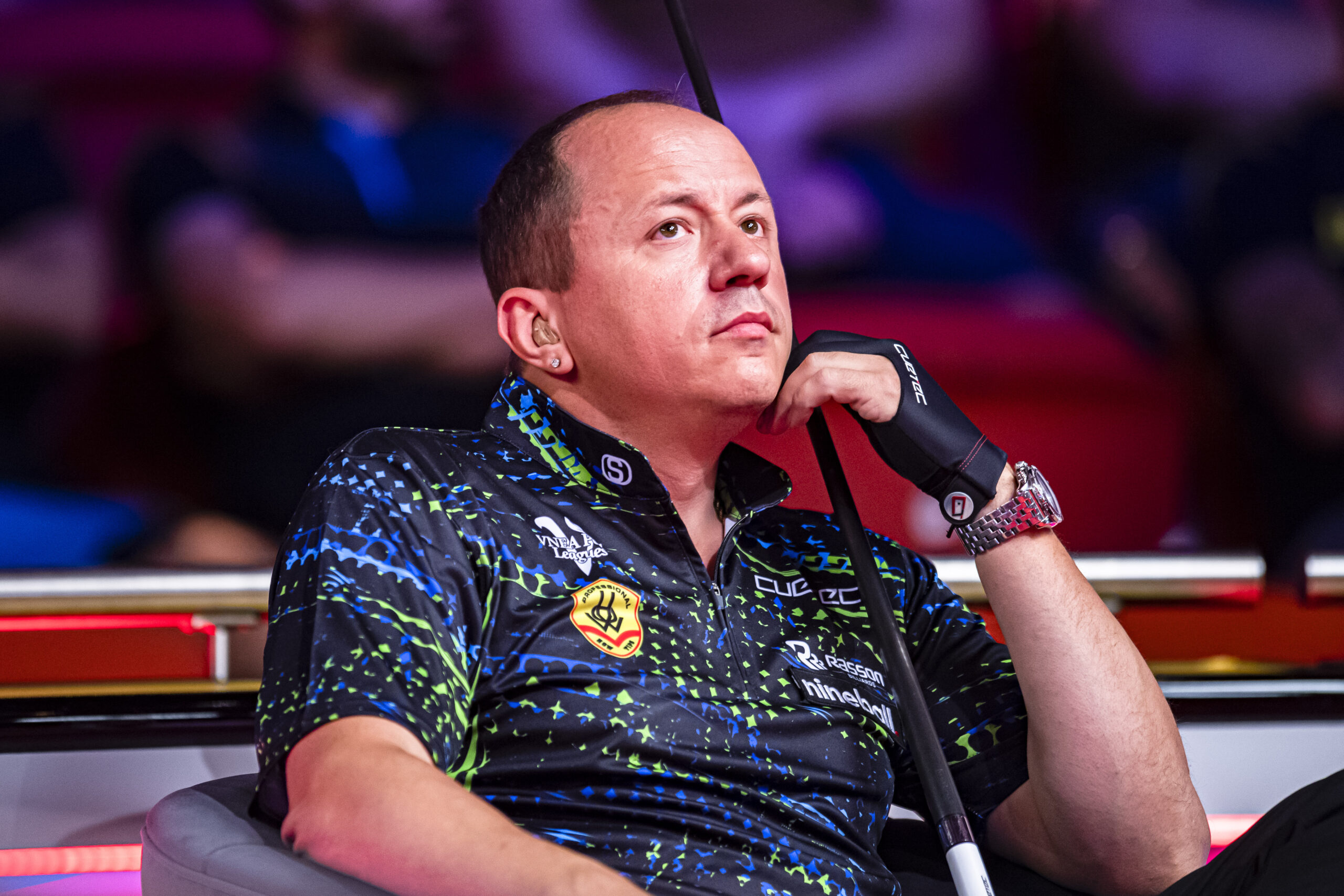 Nineball World Number One and Two in Shane Van Boening and Joshua Filler both made it through to the quarter-finals of the inaugural European Open Pool Championship at Hotel Esperanto, Fulda in Germany live on  Sky Sports in the UK and Ireland, DAZN in the USA, Canada, Germany, Austria, Spain, Italy, and Switzerland as well as on Viaplay in Scandinavia, Poland and the Baltics and various other broadcasters worldwide including Matchroom.Live in relevant countries.

Filler came up against Mosconi Cup teammate Jayson Shaw in the opening contest on Table 1 with the Killer looking to make it through to the next stage on home soil whilst his opponent was looking for their first taste of singles glory in a Matchroom event since 2017. Shaw took an early lead with a golden break in the first rack but Filler came back including a golden break of his own to lead 3-1 and set early pace.

There were some tetchy moments from both players and after five racks Filler edged it 3-2 and took control from then on opening up an assertive lead at 8-2 to put him only two away from a clash with either Mario He of Austria or Besar Spahiu of Albania for a spot in the semi-finals tomorrow. Shaw played a full-length bank to make the one in the 11th rack and from there ran out to cut the deficit but it was short-lived as Filler came true appeasing the home fans with a break and run in the final rack which included an inch-perfect jump shot on the one.

Van Boening’s task to reach the quarter-finals was one of trials and tribulation against Bosnia and Herzegovina’s Sanjin Pehlivanović. The pair couldn’t be split after four racks in a high-quality encounter in a meeting of generations. Pehlivanović trailed 4-2 when Van Boening had seemingly left the youngster hooked but he had other ideas playing a full-length bank of his own whilst jumping the six ball only for SVB to get back to the table and establish a three-rack lead at 5-1. The performance from Van Boening wasn’t what he would describe as clinical and it’s something that Pehlivanović bayed on to level matters back up swiftly at 5-5 and sending a warning sign to the World Champion.

On the hill, Van Boening and Pehlivanović faltered with varying degrees of opportunity to take it one way or another only for the former to have the final say on things and book a quarter-final date with Mateusz Sniegocki tonight. Sniegocki was rampant at times against Jonas Souto Comino who was playing in his first Matchroom Last 16 tie but the experience of Sniegocki made Souto Comino head home before the evening session.

Elsewhere, Mieszko Fortunski got the better of fellow Pole Tomasz Kaplan on Table 2 10-4 to meet Jose Alberto Delgado in the last eight who had overcome Ronald Regli in a spirited fight back where it looked like it would be Regli who would face Fortunski next only for Delgado to dig deep from behind to defeat the Swiss cueist 10-7. Mario He meanwhile made lightwork of Besar Spahiu of Albania to meet Filler next whilst Konrad Juszczyszyn became the third Polish player into the quarter-finals with a win against Canada’s John Morra.

Albin Ouschan became the final name into the quarter-finals after the two-time World Champion got the better of Denis Grabe in a hill-hill thriller that saw him from behind on several occasions to dispatch the Estonian. Ouschan got to the hill first but it was Grabe who was breaking for the match only to scratch and leave the Austrian with a routine run out for victory.

This evening and Sunday, Table 1 action is available on Sky Sports in the UK and Ireland, DAZN in the USA, Canada, Germany, Austria, Spain, Italy, and Switzerland as well as on Viaplay in Scandinavia, Poland and the Baltics and various other broadcasters worldwide including Matchroom.Live in relevant countries. Table 2 will be on the Matchroom Pool YouTube channel this evening. See the full where to watch list here.