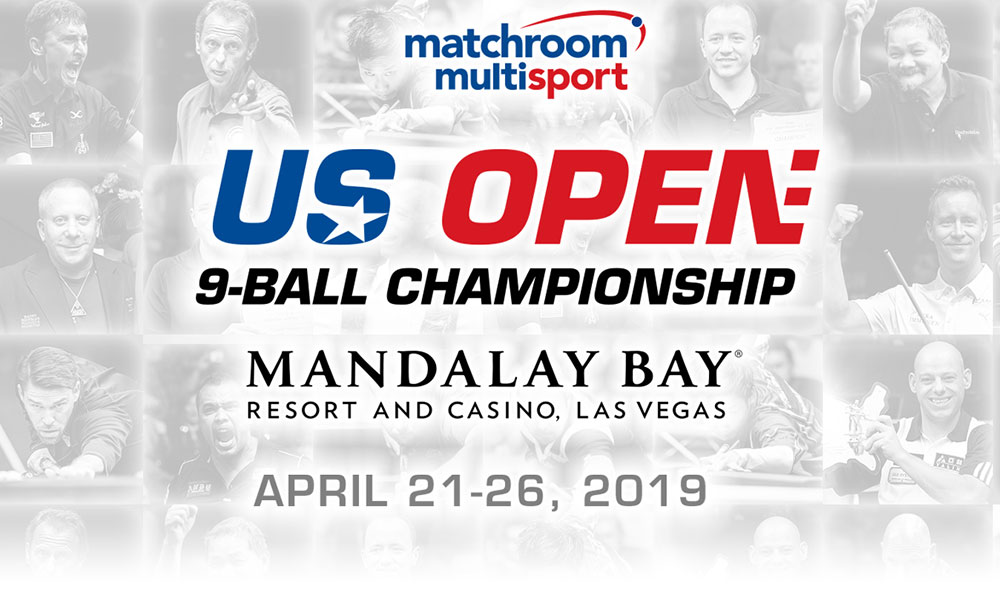 DRAW MADE FOR US OPEN 9-BALL

The draw for the 43rd US Open 9-Ball Championship has been made, with Jayson Shaw to begin his defense against Marcus Westen at Mandalay Bay Resort, Las Vegas on Sunday, April 21.

The draw was seeded with a golf-style category system adopted, which took in rankings from across the pool world including WPA World Ranking, BCA Standings and Fargo Rating. As defending champion Shaw was seeded No.1, while five-time US Open champion Shane van Boening is seeded second as the highest ranked American player.

Broadcast details for the 2019 US Open 9-Ball Championship will be announced shortly.

The draw, brackets and match schedule can be viewed now on CueScore.

Live rack-by-rack scoring will be available throughout the event at www.matchroompool.com thanks to Matchroom Multi Sport’s partnership with CueScore.

Click here to view full seeding categories for the US Open 9-Ball Championship.

Note: Should any players featured in the draw not participate in the event, they will be replaced directly by the first player on the event waiting list to accept a spot in the tournament, irrespective of where the new player would have featured in any seeding category.

All matches at the US Open 9-Ball Championship are race to 11, winner breaks, except the final which is race to 13. The draw and match schedule for the first stage of the tournament is available now at www.matchroompool.com.

Tickets for the 43rd US Open 9-Ball Championship are still available at www.matchroompool.com from as little as $10 with VIP packages also available for the final three days of the tournament.

The tournament will be split into two stages with the full field playing double elimination down to the final 16 from Sunday April 21st until Tuesday April 23rd across multiple tables. From Wednesday April 24th until Friday April 26th the final 16 players will play straight knockout in the TV Arena in front of a global television audience.d