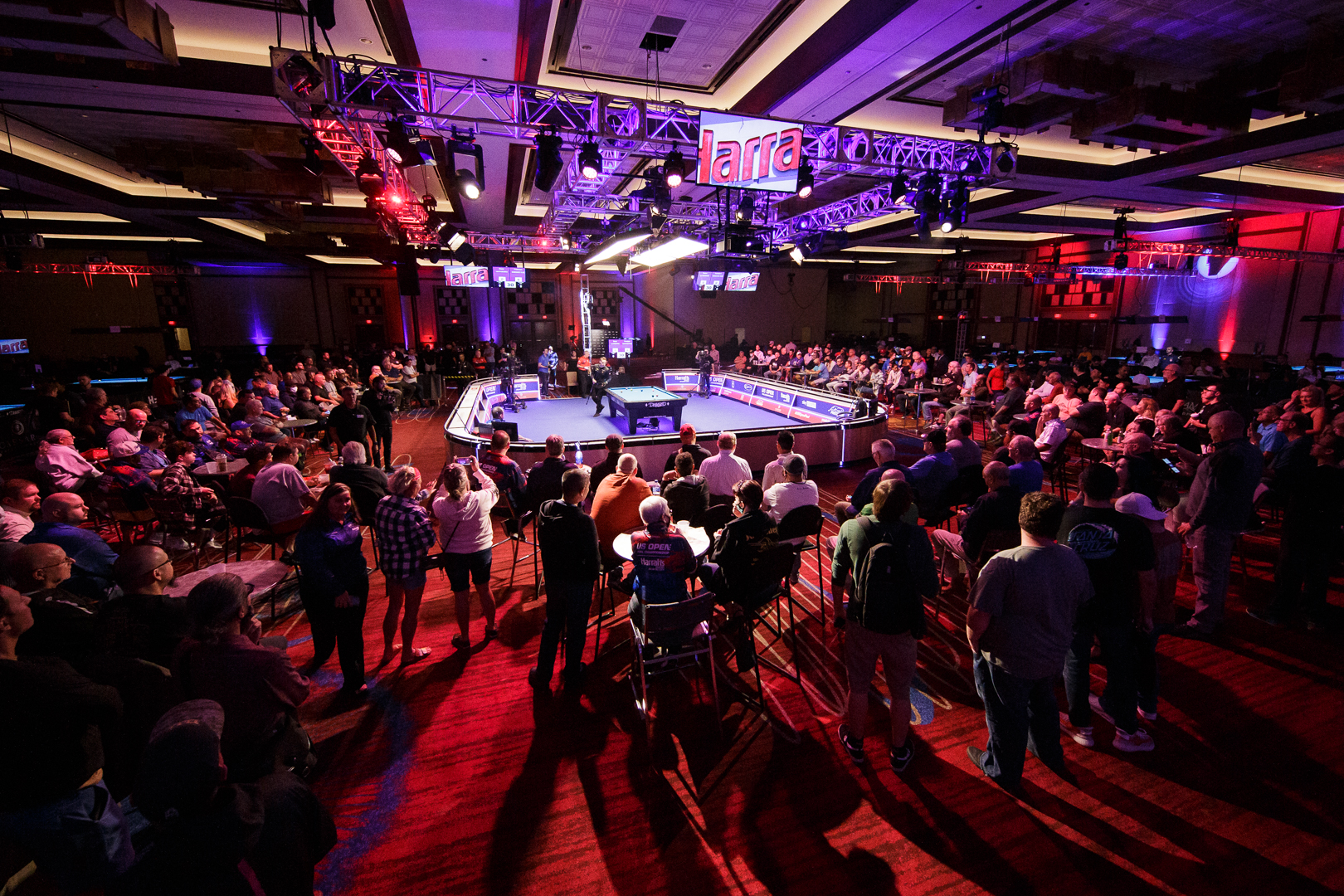 Defending champion Joshua Filler bowed out of the US Open Pool Championship at Harrah’s Resort, Atlantic City as 9-ball’s toughest tournament moved down to the last 16.

Alexander Kazakis, Billy Thorpe, and Judd Trump were amongst the names to depart in the morning session before the afternoon and evening action got underway with Francisco Sanchez Ruiz coming from 5-0 down to defeat Shane Van Boening 11-6 to join the last 16.

The Spaniard pounced on an uncharacteristic scratch from Van Boening in the 10th rack and then did the same in the 15th after it looked like the five-time champion would clear the table to cut the deficit to 8-7. Instead, Sanchez Ruiz went 9-6 up and completed a memorable comeback.

Reigning champion Filler followed up from that match knocking out America’s Skyler Woodward in an 11-4 victory that saw the German continue his route towards the last 16. Mieszko Fortuński was next in Filler’s way. Fortuński has battled away throughout the week and put in arguably his biggest performance of his career so far to defeat Filler 11-3 in front of a packed crowd around table two. That result saw Filler’s tournament end whilst Fortuński continued on his march.

David Alcaide joined his compatriot Sanchez Ruiz in the last 16, the 2019 World Pool Masters champion was trailing for large parts of his match against the Netherlands’ Marc Bijsterbosch but came through 11-8 to put himself in the draw.

There will be four Filipinos come Friday, Dennis Orcollo had wrapped his place up earlier on against Olivér Szolnoki and was swiftly joined by Johann Gonzales Chua who got the better of Mieszko Fortuński in winners qualification.

Jayson Shaw’s US Open title efforts took an almighty dent early on losing out to Denis Grabe of Estonia meaning the Scotsman had to do battle in the losers’ qualification round where he came against a hungry Carlo Biado. Biado came fresh off the back of beating Jeffrey De Luna and he continued his demolition work to come out on top 11-4 to send Shaw home.

Max Lechner has gone about his business quietly all week and that work has paid dividends as he beat Rodrigo Geronimo 11-2 to make the last 16 on his US Open debut.

Van Boening came back after defeat to Filler to face Albin Ouschan later in the evening after Ouschan had defeated Chang Jung-Lin 11-1. In front of the biggest crowd of the tournament to date, Van Boening put on a masterclass in cueing, safety and everything in-between as the five-time champion downed the World Champion in an 11-2 crushing to keep those eyes firmly set on becoming the most successful player ever at the US Open.

Dennis Orcollo vs Mario He (Table 2)