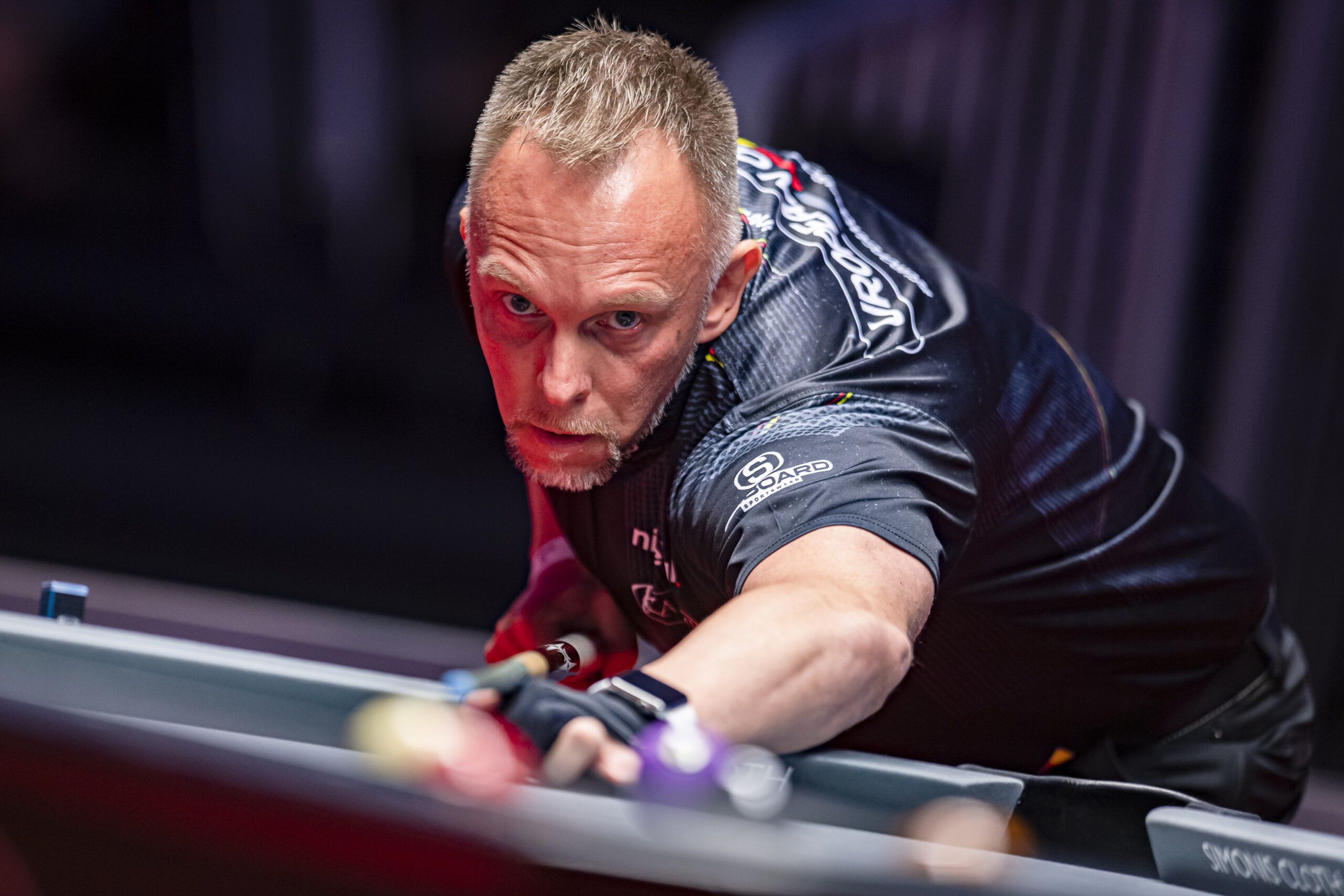 The opening day of the inaugural European Open Pool Championship at Hotel Esperanto, Fulda in Germany live on the Matchroom Pool Facebook/YouTube and Matchroom.Live is complete.

256 players headed to Fulda with hopes and dreams in Thorsten Hohmann’s hometown of becoming the first-ever European Open winner as they look for their name to be etched into the record books and a share of the $200,000 prize fund as the Opening Round, Winners and Losers Round 1 got underway with 36 players heading home.

Hohmann got action underway live on the Matchroom Pool Facebook match in front of a raucous home crowd looking to see their man get off to the best of starts but it wasn’t to be as Senharip Azar upset the apple cart to secure an unlikely victory.  The 9-5 defeat for Hohmann meant he faces the gruelling task of four matches to make it through to the last 64 and he ticked one of those off to defeat Muhummed Daydat 8-2 and keep hometown glory alive.

“I can only give my best. I would’ve liked to have won my first match with all my Fulda people behind me. It was amazing to see. My opponent played well, and I made a few mistakes. I wasn’t as relaxed as I should’ve been. I didn’t feel nervous but there’s always a tightness, so you’re not relaxed. We have some history in Fulda for pool, we used to play in the German Bundesliga. We always had 100 spectators there are some pool fans here. We hope to mobilise some of the Fulda crowd who are perhaps not pool fans.” – Hohmann after progressing to Losers Round 2.

Compatriot Ralf Souquet had the home backing against Juri Pisklov in an all-German affair that saw the latter take the victory 9-5 no part down to a huge 4-rail kick on the four ball in one of the shots of the year let alone day or tournament. That defeat for Souquet appeared to spur him on though as he whitewashed Rafał Stępnik 8-0 to keep his tournament going.

Two-time Mosconi Cup MVP Jayson Shaw survived an early scare in the morning against Ingo Lamberti to win 9-7 before making light work of Cristian Surdea of Romania 9-1 to book his spot in Winners Qualification on Thursday. There wasn’t such fortune for US Open runner-up Aloysius Yapp who was pushed onto the losers’ side of the draw by German Valery Kuloyants.

Finland’s Jani Uski announced himself onto the big stage at the recent World Cup of Pool alongside Mika Immonen and his stock is ever-growing after booking his spot in Winners Qualification thanks to wins over Tobias Hirt and Chris Melling 9-1/9-4 respectively.

Melling is not the only big name to be alongside Yapp on the losers’ bracket with Dimitri Jungo, Robbie Capito, and Matt Edwards all facing the prospect of Losers Round 2 tomorrow.

Day 2 Streamed Matches Below 10 am (CEST)

Tickets start from €15 for the day or €90 for the week. Secure yours here