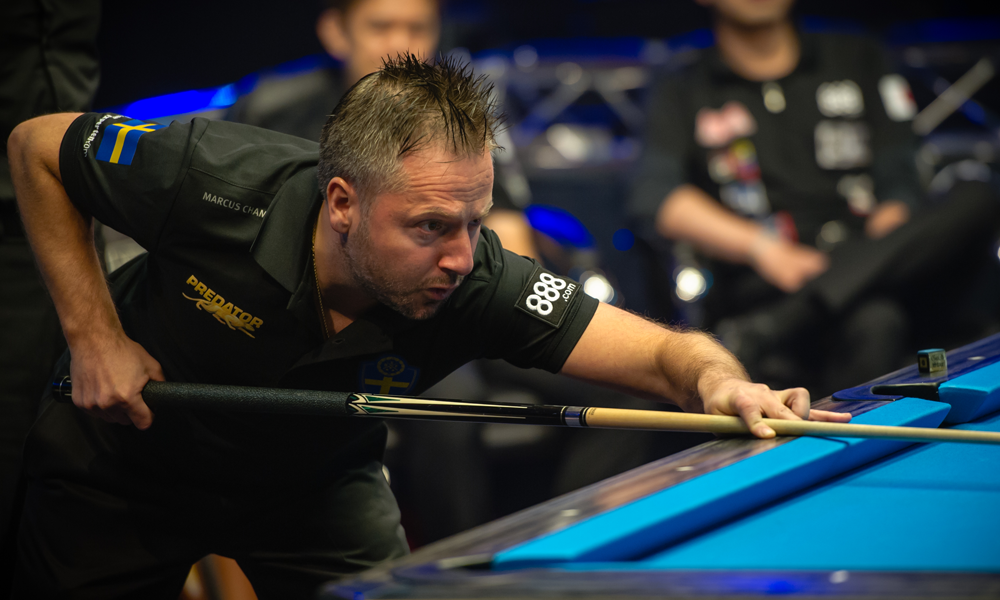 MARCUS CHAMAT, who was recently named as captain of the 2015 European PartyPoker Mosconi Cup team is on course to land one of the three automatic spots following a runners-up spot in the recent Portuguese Open on the Euro Tour.

The 39 year-old Swede was beaten by Poland’s Mateusz Sniegocki in the championship match, but the 16 pts earned coupled with his existing points tally, move him to a tie for first in the Combined Ranking along with David Alcaide (Spain) and Holland’s Niels Feijen.

There are three separate ranking lists in operation – the first comprised of a five event Euro Tour series; the second a four event ‘World’ series and the last a combined ranking of the two.

Feijen (Holland) leads the Euro Tour ranking while Spain’s David Alcaide, a European team member in 2006, heads up both the ‘World’ list following his semi-final finish at the WPA World 10 Ball Championship in the Philippines in February.

At the close of the qualification series in October, the No.1 ranked player on each of the three lists will be named as part of Team Europe as they look to defend their title in Las Vegas from 7th to 10th December.

The next event is the German Open which runs from 3-6 June.