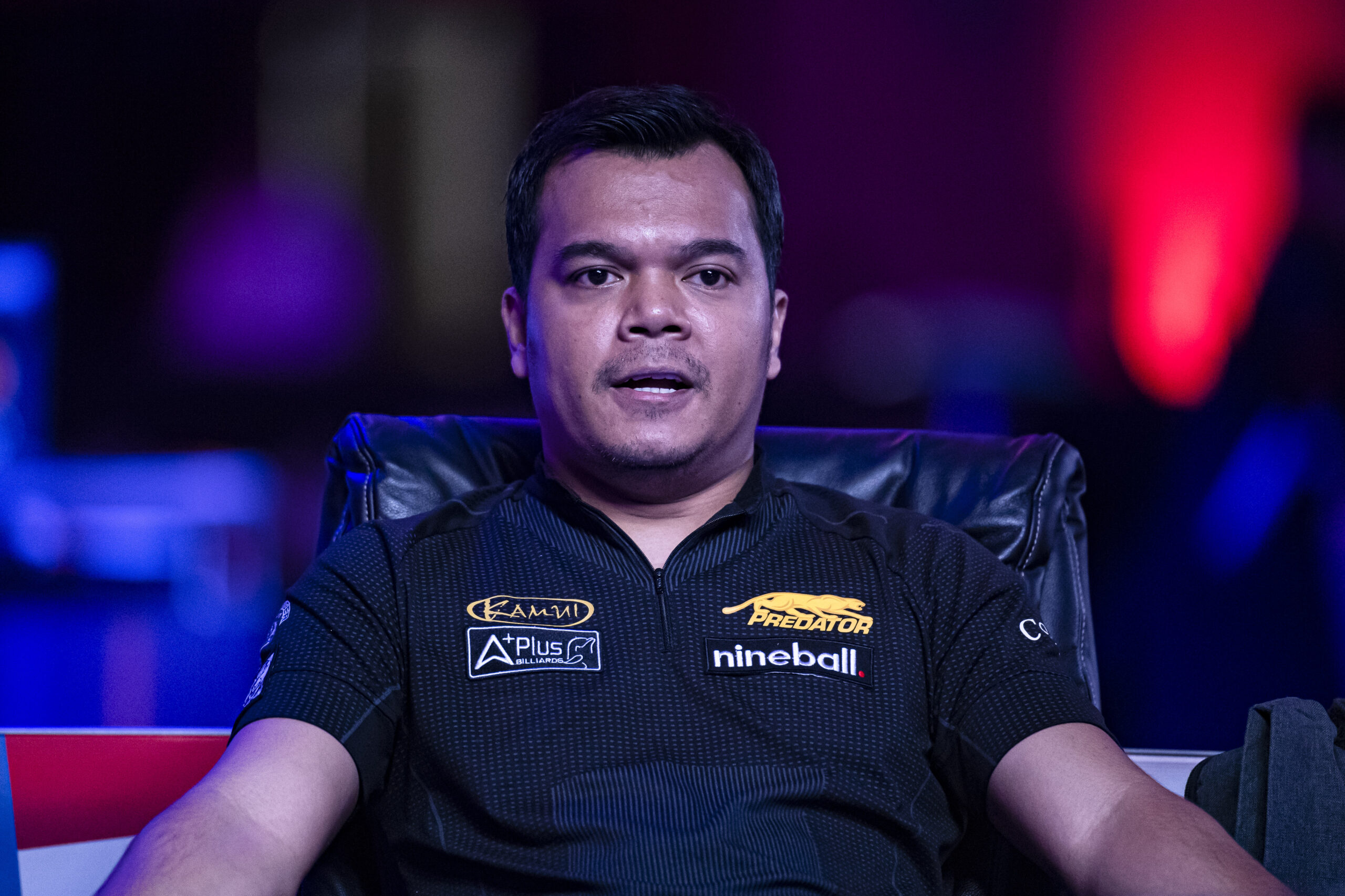 Carlo Biado got the defense of his US Open Pool Championship title off to the best of starts as he won two from two on the opening day of play at Harrah’s Resort, Atlantic City to reach Winners’ Qualification.

The Filipino cueist followed in the footsteps of the great Efren ‘Bata’ Reyes to clinch last year’s title against Aloysius Yapp and a routine 9-1 over Dalibor Nikolin of Serbia meant he avoided an early banana skin before overcoming the returning Kristina Tkach by the same scoreline to be only one match away from the single elimination stage when he faces Joven Bustamante in Winners’ Qualification on Wednesday.

Pool’s most historic major returned for a second year to New Jersey as fans poured in to see the world’s best in the 256-player field competing for a slice of the $300,000 prize fund and they were not disappointed as number eight seed Alexander Kazakis got pushed to the Losers’ side at the hands of Jesus Atencio

Two-time Matchroom event winner this season Joshua Filler booked his place in Winners’ Qualification after wins over Jeffrey Kennedy and Sharik Sayed whilst Fedor Gorst’s return to the Nineball Arena was convincing with victories against Coen Bell and Aleksa Pecelj with the latter making him sweat 9-7.

Elsewhere, former champion Jayson Shaw made lightwork of Vincent Beaurivage and Joshua Roberts to be one away from the Last 64 whilst it was a similar story for fellow Brit Chris Melling who overcame Samuel Disse running five racks along the way 9-1, and Billy Thorpe 9-3.

Subscribers on Matchroom Pool socials got to see one of the rounds of the first round so far to end the day as Skyler Woodward and Jeff De Luna were at loggerheads for the distance as the former ran out on top in the final rack with a 4-9 combo to seal a passage to Winners Qualification.

Badar Alawadhi, Imran Majid, and Dimitri Jungo are among some of the names who will have to fight through the losers bracket to make their way into the Last 64 after defeats on day one whilst 38 players went home after back-to-back defeats.

Acton returns from 10 am ET tomorrow morning with Eklent Kaçi and Long Nguyen before World Champion Shane Van Boening gets his campaign underway to secure a sixth US Open crown underway against Joey Tate live on the Matchroom Pool Facebook Page at 11:30 am ET. Table 2 begins with Johann Chua against Brandon Shuff before Wiktor Zielinski takes on Tyrel Blowers.

From Monday, 10 October to Thursday, 13 October fans will be able to enjoy the action globally on the Matchroom Pool Facebook and YouTube pages as well as Matchroom.Live with two tables streamed. Fans in China can enjoy all the action on our Weibo page.

A range of ticket packages are available including an event pass giving you access to all six days of action for only $155, a saving of up to $55. A premium event pass gives you reserved front two seats for the single-elimination stage at $205. Limited seats are available for the final day.

Fans can also take advantage of our exclusive room rate. Stay side-by-side with the stars of pool at Harrah’s Resort Atlantic City.