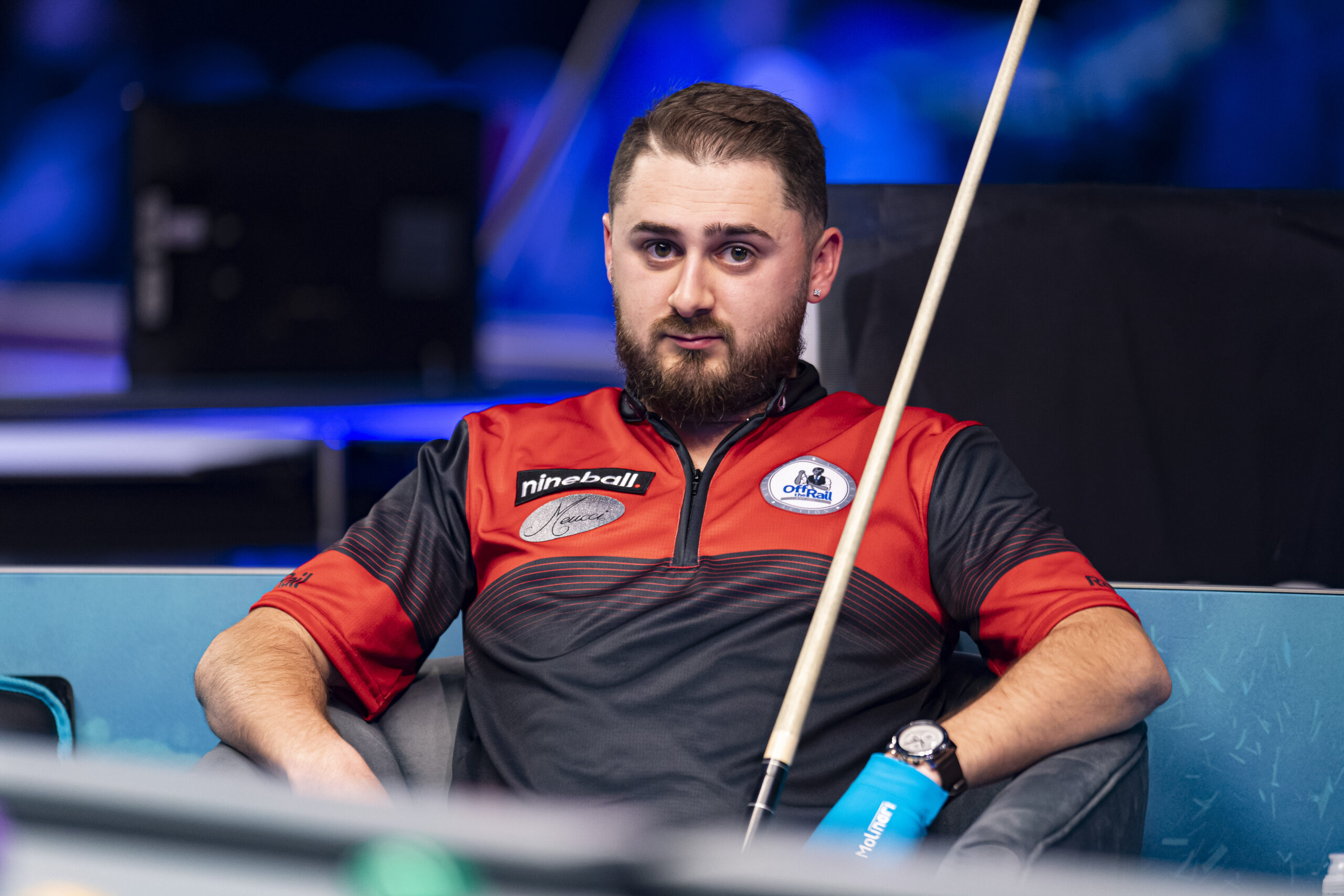 David Alcaide and Skyler Woodward became two of the biggest exits so far as the 2022 World Pool Championship field was whittled down to the Last 64 at the Marshall Arena, Milton Keynes. Coverage live on Sky Sports in the UK/Ireland, DAZN in the USA, Canada, Brazil, Spain, Italy, Germany, Switzerland, and Austria as well as Viaplay and networks worldwide.

Losers’ Round 1 saw the first few scalps of the day as both Woodward and Alex Pagulayan were punished as they exited without a win to their name. Woodward lost out to Daniele Corrieri in the opening match and he went hill-hill with Qatar’s Ali Al Obaidli who fluked the 9 in the penultimate rack to hold the break in the final one. Elsewhere, Pagulayan was much fancied heading into the tournament but he faltered against former EuroTour winner Craig Osborne of Great Britain to exist early on the second day.

Rolling into the evening, it was Losers’ Qualification with 32 final players set to join the Last 64 and 32 going home. On Table 1, Jayson Shaw demolished Jakub Koniar 9-3 to see the two-time Mosconi Cup draw Finland’s Petri Makkonen in the Last 64. Alcaide was a World Pool Championship semi-finalist just under 12 months ago and his cueing suggested it would be straightforward’s against Hong Kong’s Lo Ho Sum who was knocked into the losers’ bracket by defending champion Albin Ouschan. Ho Sum though, held his nerve in some cagey early moments to pull through and find himself in the Last 64.

Pia Filler put in a stellar day to beat Ivan Meng Li in the afternoon and Bashar Hussein Abdulmajeed 9-6 to make the Last 64 for the first time and set up an enticing Table 1 match with Mario He at 11 am.

Things didn’t get much better for Mosconi Cup captain Jeremy Jones as he witnessed Billy Thorpe, Chris Reinhold, and Tyler Styer all exit on day two but positives were taken from seeing Nicholas De Leon beat So Shaw and Toh Lian Han by 9-2 and 9-7 scores respectively. De Leon will now face Ouschan. There was also no such luck for Chris Melling who exited at the hands of Bahram Lotfy who will now meet Shane Van Boening tomorrow.

Mario He vs Pia Filler