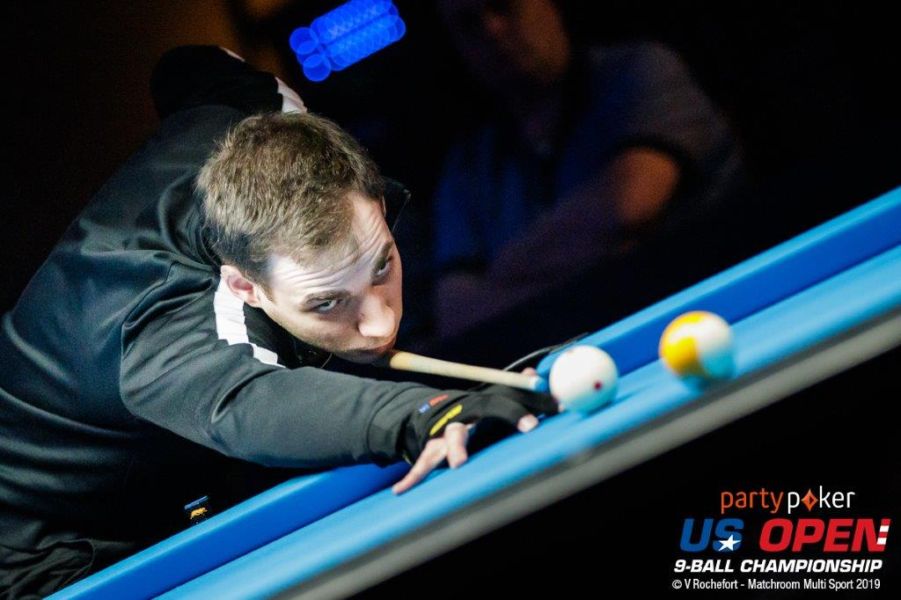 After 488 matches of double elimination pool the partypoker US Open 9-Ball Championship is down to the last 16 as play moves into the Diamond Arena at Mandalay Bay Resort and Casino Convention Center, Las Vegas on Wednesday.

The tournament now switches to single elimination, with global television coverage including Sky Sports and DAZN. The top two seeded players – defending champion Jayson Shaw and US No.1 Shane van Boening – both came through the double elimination stage unscathed and will now face Joshua Filler and Wu Jiaqing respectively in two of the standout matches from the last 16.

Tuesday’s action ended with the final eight matches on the losers’ side of the double elimination brackets. Filler beat Petri Makkonen 11-6 to progress, while Wu booked his match with Van Boening by defeating Mieszko Fortunski in the 21st and final rack of their match.

Elsewhere there was success for Aloysuis Yapp over Ko Pin-Yi, whose brother Ko Ping-Chung beat Tyler Styer 11-7. There were wins too for Lui Haitao and Wang Can of China, while Jeffrey Ignacio’s victory over Dennis Hatch means Van Boening is the only play from outside of Asia in the bottom half of the draw. England’s Imran Majid defeated Cheng-Chieh Liu of Taiwan and will now face Jeff De Luna.

All matches at the partypoker US Open 9-Ball Championship are race to 11, winner breaks, except the final which is race to 13. The draw and match schedule for the first stage of the tournament is available now at www.matchroompool.com.