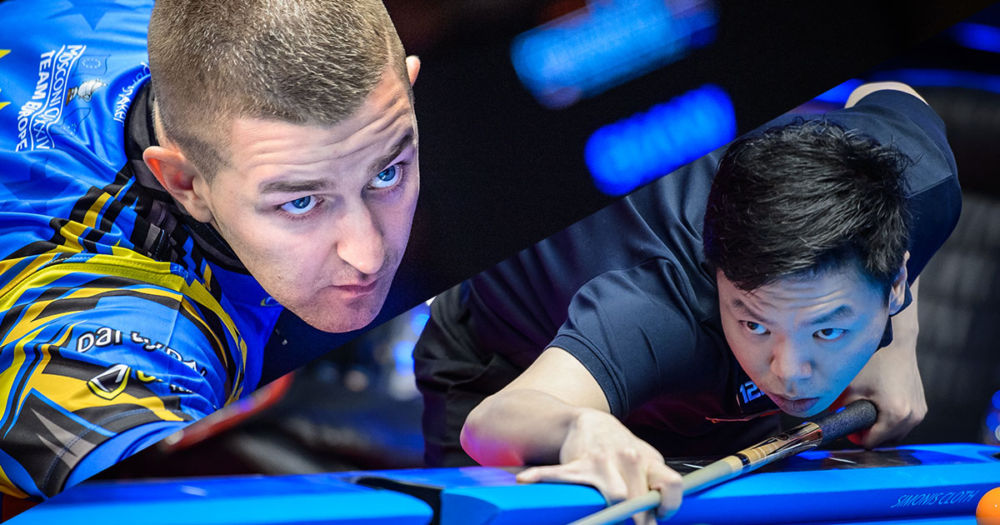 Jayson Shaw and Wu Jiaqing are the final two players to join the star-studded line-up for the 25th World Pool Masters, which takes place at Victoria Stadium, Gibraltar this March 2-4, with tickets on sale now at www.buytickets.gi.

The duo take the two wildcard spots in the event and join 14 previous World Pool Masters champions including the likes of Francisco Bustamante, Earl Strickland and Ralf Souquet in the 16-man invitational event with the draw to be made shortly.

Shaw has been one of pool’s most dominant players over the last two years, with the US Open, Kuwait Open and two Mosconi Cups among the many titles he has collected in becoming arguably the world’s best.

Wu won the China Open in 2016 and was a bronze medallist at last year’s World Cup of Pool. He first played in the Masters in 2005.

A spokesperson for Matchroom Multi Sport commented: “The field for the 25th World Pool Masters is now complete, and what a feast of pool we can look forward to. With so many of the greatest players of the last two decades in attendance it is set to be a fantastic celebration of the tournament’s quarter centenary.

“Every player is a pool legend in his own right and it is impossible to pick a winner from the 16 players taking part. This year’s World Pool Masters guarantees excitement, drama, and world-class pool. It’s going to be one of those ‘I was there’ tournaments.”