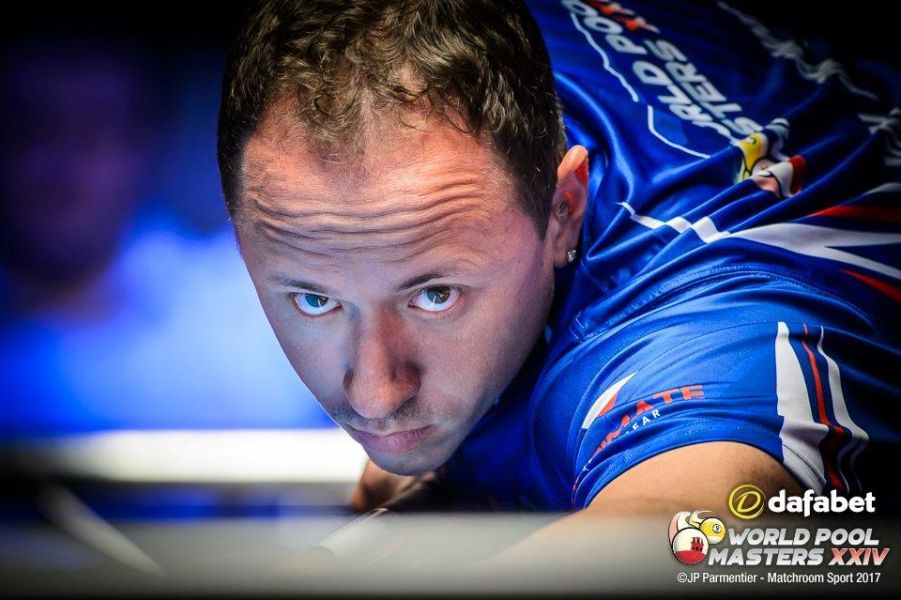 Shane on track for Masters No.3

THERE WERE wins for Shane Van Boening, David Alcaide and Albin Ouschan as the 24th annual Dafabet World Pool Masters got underway in Gibraltar on Friday evening.

Taking place at the Victoria Stadium, the Masters sees 16 top international players competing in the shadow of the Rock of Gibraltar to determine the destination of the $20,000 top prize. The whole event is broadcast live on Sky Sports in the UK & Ireland and on networks around the world.

Defending champion Shane Van Boening got off to a great starts as he looks to win his third consecutive World Pool Masters title. He beat up-and-coming young Spaniard Francisco Sanchez Ruiz 8-3 and looked in good stroke throughout the match. In 2015, Van Boening became the first player to win back-to-back Masters in the 23 year history of the event and with the event skipping a year in 2016, he is three matches away from a 3-peat.

“The first match is always tough,” said Shane. “At any tournament I go to I think about the first match – you’re not used to the atmosphere, you don’t know the table very well. Tonight I was comfortable and I have been working on my game all day and it worked well.

“I am playing tournaments all year long so I don’t feel any pressure, I just want to play my game. I won five US Opens with the winner breaks format and it is to my advantage to winner tournaments.”

With some good support in the stands, Spain’s David Alcaide was in impressive form as he beat Ralf Souquet 8-3. ‘El Matador’ has had a great 12 months and will look to build on today’s performance going into the weekend.

“It was a very special game for me. I have not played Ralf too many times and every game is different. I am happy but not 100 percent happy because it wasn’t my best this evening. It is good to have my friends here but I have to try not to lose my focus,” said Alcaide.

In the final match of the evening Albin Ouschan was too clinical in the closing stages as he closed out late substitute Mika Immonen 8-6. Immonen had arrived in Gibraltar the day after travelling overnight from New York, but just came up short in the end.

Commented Ouschan, “I felt pretty good and I made some pretty tough shots, but I also made some simple mistakes. I was always one game up until he missed the 6 at 5-4, which put me 6-4 up and I had an easy run out for 7-4. But I was a little bit nervous and thankfully I had another chance at 7-6 with an open rack.

“When I missed the kiss at 7-4 and he ran out the rack I knew he would run out for 7-6 because it is always like that when you make an easy mistake. He was a bit unlucky in the end but I am happy to be in the second round. It is a huge pleasure for me to be here and I am feeling good and think the second round will be much better.”

There are a total of five sessions of play and all tickets are available online here or on the door.