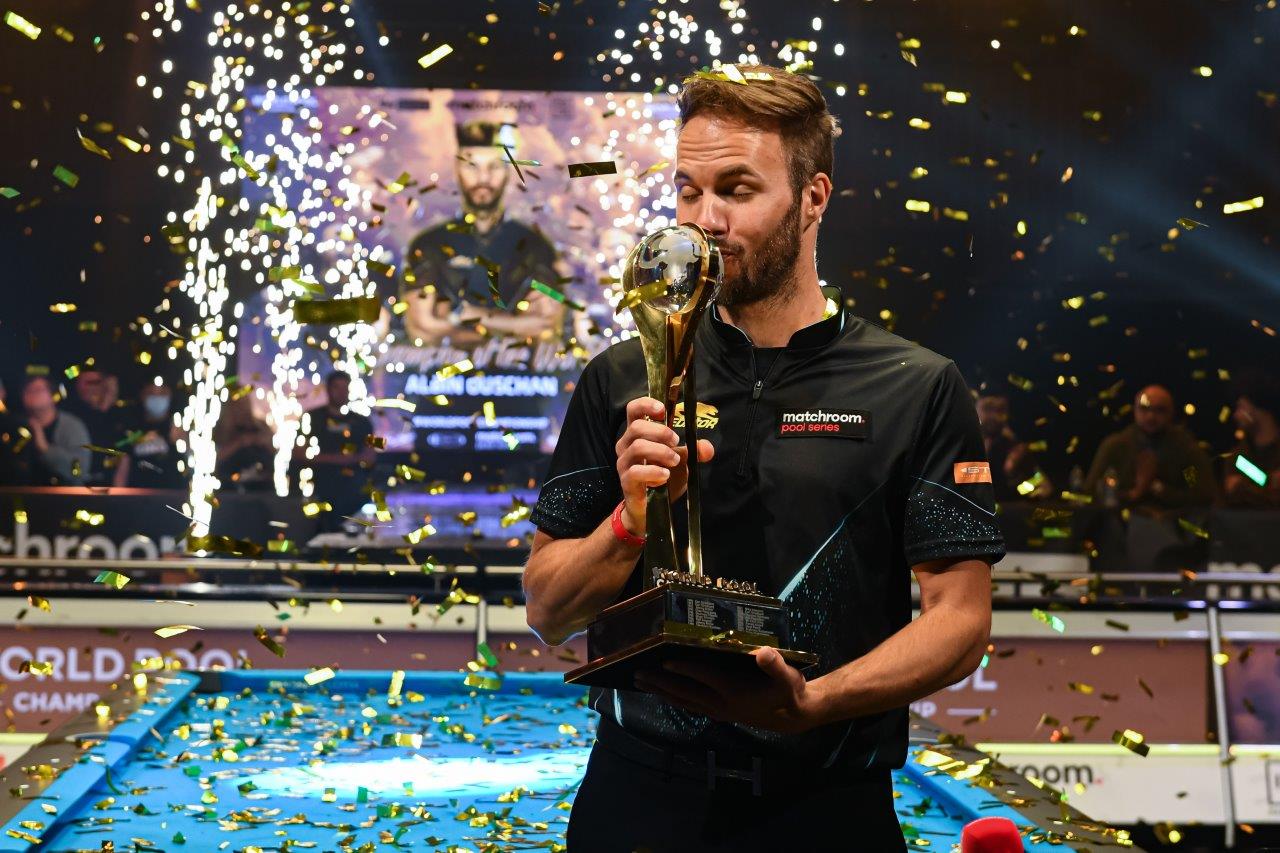 Albin Ouschan | It doesn't matter to me what people say

Ask anybody in pool about Albin Ouschan’s last year and many would run out of superlatives to sum up just how good it was for the Austrian.

Ouschan heads into this week looking to become only the second player ever to defend his world title with Earl Strickland the only ever player to do it but he insists that’s not something on his agenda just yet: “I think there’s nothing you really think about. You just want to survive the first match, it’s tough as the World No.1 you get pressure on your shoulders. That’s such a huge goal, I am not setting it, many others ask about it and the money, no those are the things you do not think about. You are in a flow and in a tunnel. You do not want to think about anything other than your next match and the opponent you are facing.”

This year will see the return of some of the world’s top talents after several missing out due to the COVID-19 pandemic last year. The return of the likes of the Ko Brothers amongst others mean it will be a tall order for Ouschan to make it two in a row: “It will be tough. It will be different. We have the Chinese Taipei players back. It will be a totally different tournament. I am looking forward to it. It’s not like I really want to defend the title. My first goal is maybe the Top 16 and from then on, anything can happen. I would say that’s my motive.”

The Nineball World Number One started 2021 with victory in gruelling fashion at the inaugural Championship League Pool where he played over 50 matches over the course of the week. It’s something that still sits firmly in Ouschan’s mind when reflecting on the making of his World Pool Championship final victory over Omar Al-Shaheen last June.

“It was a crazy year last year. It started off with the craziest tournament I played in Championship League Pool. Following up with the World Pool Championship was unique to win it for a second time. It was very important for me. Back when I won in 2017, you want to win it a second time to prove you’re one of the best players in the world. That is what I did. It really was the most consistent performances I’ve ever showed.”

Ouschan had it tough at last year’s World Pool Championship in a run that also included finding himself on the losers’ side after defeat to Roberto Gomez but from then on it seemed the 2019 World Cup of Pool winner was invincible: “Against Roberto, he played a great match with seven runouts. After that, I was so focussed on my game. I had a tough draw. Every match was quite close with Sanjin Pehlivanović, Mieszko Fortunski and I managed to win every match. I played great. Many players came to me and said they’d never seen me so consistent.”

Some did try to discredit Ouschan’s win last year claiming the strength of the field made it easier but it’s something he firmly disagrees with: “I saw many people and comments after winning last year’s World Pool Championship that with all the Asian players missing, it wasn’t a real World Championship, even last year, you still have to win it. It doesn’t matter to me what the people say.  To win it again or come close, with such a top field, it would be special. It’s even sweeter when you win with all the greats in the tournament.”

“It’s even sweeter when you win with all the greats in the tournament.”

Ouschan will start the defence of his crown in the opening match against Toh Lian Han and faces the prospect of either Daniel Maciol of Poland or Spain’s Jose Alberto Delgado if he can overcome the man from Hong Kong: “In pool, it is crazy. I believe the World Championships with the one on the spot, there are 30 players who have a chance of winning the tournament. Even if I play No.65 in the ranking, it doesn’t mean he is five times the weaker player than me. It is tough, the opponent can leave you frozen in the chair. You get no rhythm sometimes; I am looking forward to it. It’s about getting a good start and hoping for the best.”