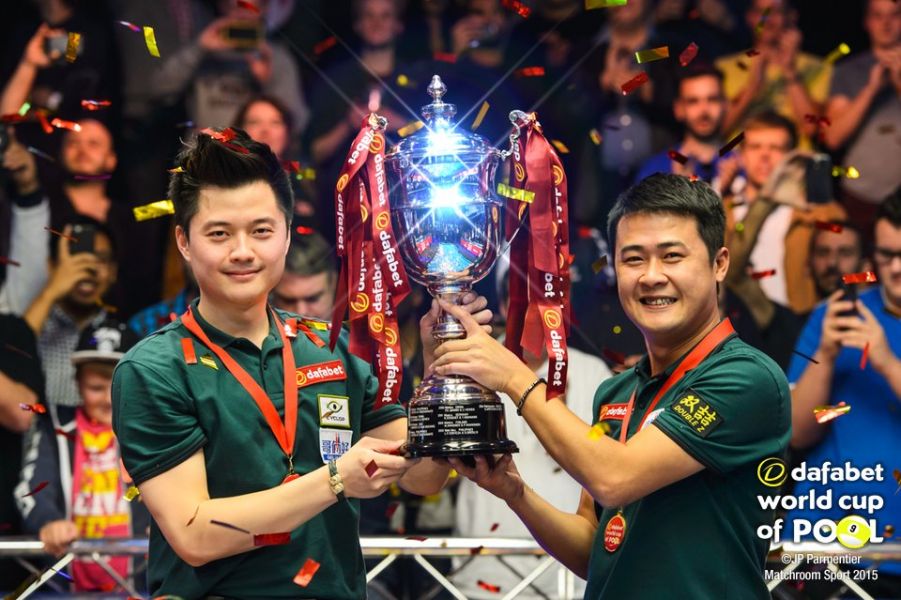 Following yesterday’s announcement of the European contingent for the 2017 World Cup of Pool, the rest of the field can now be revealed. With ten teams from Asia and six from around the rest of the world, some of the biggest names in the game will be coming to the York Hall in London to contest the $250,000 prize fund.

They include defending champions, Ko Pin Yi and Chang Yu Lung of Chinese Taipei, as well as former World Pool Champion Wu Jiaqing who shocked the pool world winning as a 16 year-old in 2005. He teams up Dang Jinhu to represent China.

Elsewhere, Shane Van Boening is chasing his second World Cup of Pool title, this time in the company of Skyler Woodward, and under-the-radar Filipinos Johan Chua and Carlo Biado will offer a fierce challenge.

The remaining teams are:

The draw will be announced on Monday 8th May.