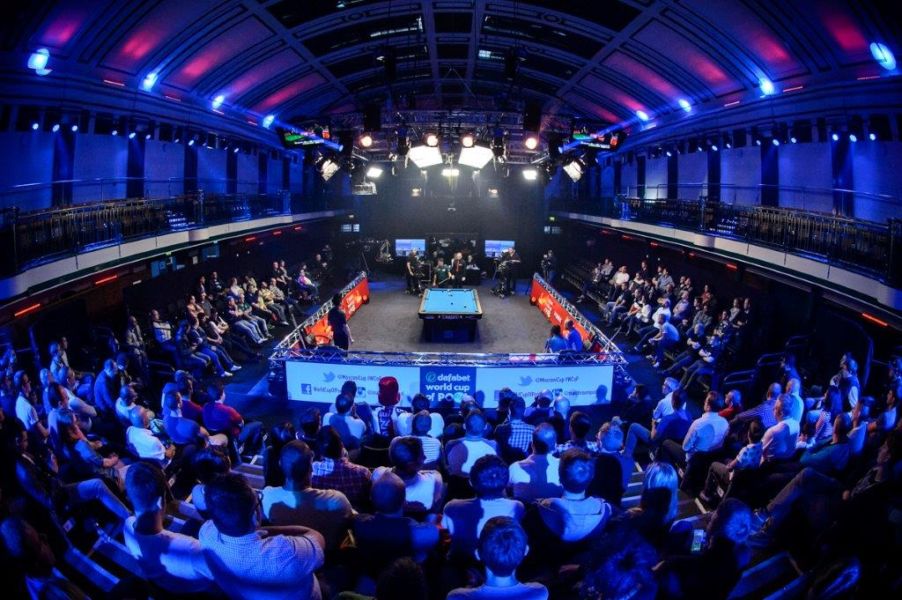 WITH JUST under one month to go before the 2017 World Cup of Pool gets underway at the York Hall, East London, the schedule of matches can be announced. Taking place from June 13-18, the World Cup of Pool features some of the best players in the world as 32 two-man teams from around the world battle it out for the $60,000 top prize.

There are six matches per day, with three in the afternoon session and three in the evening and all first and second round matches are a race to seven racks.

Commented Matchroom Sport Chairman Barry Hearn, “Looking down the list of teams and players, this could be the best World Cup ever. There are some great looking first round matches – England A v India is a stand-out – and I’m sure there will be plenty of shocks in the opening games.”

He wins as VDB goes top