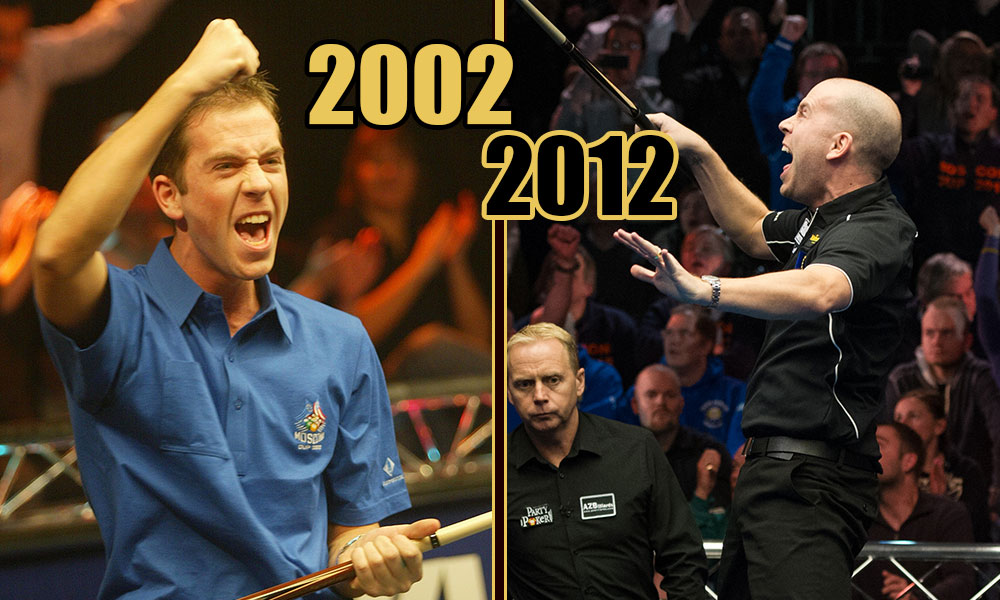 This December Holland’s Nick van den Berg will be lining up for his seventh appearance for Team Europe at the Tropicana in a Mosconi Cup career that has lasted 14 years to date. The 35 year-old Dutchman has been on the losing side just once and brings plenty to the table as Europe eye up their sixth win in a row.

Following an absence of three years, van den Berg has battled hard to reclaim a spot in the team; “Every year I try so hard to get points and qualify for the Mosconi Cup. The last two years I felt I missed out by a hair so I had to take some pressure off and not focus too much on trying to qualify. But in the end I was one of the five or six players still in the race for the 3rd automatic spot so the pressure was back on again! I played an OK US Open finishing 25th but Karl came in second and he overtook me on the ranking. Of course I was very disappointed but fair play to him.”

However, with van den Berg finishing up fourth in the Combined Rankings, it was enough to tip the balance in his favour for a wildcard.

“It was only 15 hours between being overtaken on the ranking by Karl and hearing that I got one of the two wildcards. I didn’t have time to think about it so I was very surprised, but very happy. When I sent the news to the home front they all went crazy and some of my friends booked flight tickets immediately!”

Van den Berg’s Mosconi Cup story began in 2002 when he became the youngest player ever to compete in the event, a record soon to be broken by America’s Skyler Woodward. 2002 was the first European win for seven years, as the York Hall crowd blew the roof off.

“I still remember the words of Steve Davis during our first team meeting. He said ‘Don’t worry Nick, everybody misses balls and you will miss some here too. But it doesn’t matter, just enjoy it.’ Even today that still helps me.

“In the end I was able to win three out of five matches which wasn’t bad for a 22 year-old rookie. I played doubles with Steve Davis and that is also something I will never forget. I’d never had the bad taste of losing the Cup so many years in a row, but that win sure tasted great.”

The following year van den Berg was part of the team that came to Las Vegas for the first time to defend the Cup, but they blew 8-6 lead on the final day to lose 11-9.

“That was amazing. We were down 6-3 after day two and then won all five matches on day three. The final day we returned the favour and lost five of the six games played to lose the Mosconi Cup. Next for me was Rotterdam in 2006 and that 12-12 draw still feels like unfinished business. My highlight was beating Earl Strickland in front of my home crowd. My whole family was there, it was all orange and they went crazy on the drums they’d brought!”

Van den Berg also enjoyed a three year winning run in recent years but would never underestimate how difficult victory is; “Every year is very intense but we are all there with the same goal. And when somebody feels a little down, the other guys make sure you will feel like a champion again within ten minutes.

“I tell myself to enjoy the matches because before you know it, the four days are over. If the pressure gets hold of you too much, you can’t enjoy it and that’s what I always try to prevent. Relaxing and having fun is part of the schedule, but don’t get me wrong, beating the Americans on their home soil is top of the agenda. “

One big change for Team Europe this year is that of captain. Having played four of his six Mosconi Cups under Johan Ruijsink, van Den Berg can now look forward to a total different type of skipper in Marcus Chamat.

“Johan is a great captain and we have learned a lot from him. He really put down a strong fundament of how we should act as a team. All the players except for Albin know how he worked and we will not forget that and will take his lessons with us for the future.

“I think Marcus will surprise a lot people though as he is known to be a humorous and very funny guy. But I also think he can be very serious and let us players know what our task is and I am sure he will be a great captain.

“I want to fulfil my role as the team player I can be. I’ll make sure I’ll be there for my team and help them feel good. This will be my personal goal for this year, and I expect that from my teammates as well.

“Once the Mosconi Cup has finished you are missing something, the buzz, the excitement. You want to go back but you will have to wait another year. And in my case this time I waited three long years but it’s made me even hungrier.”