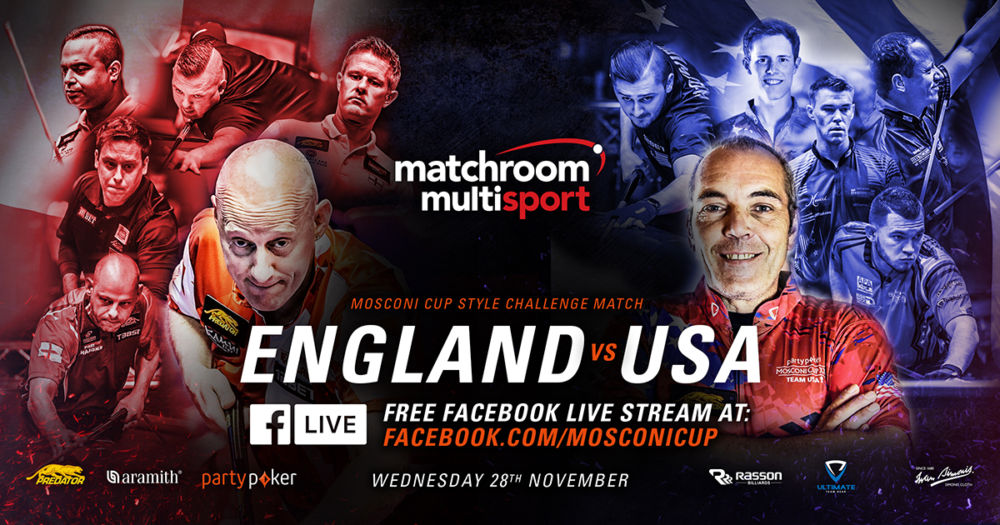 USA To Take On England

Team USA will take on England in a Mosconi Cup style challenge match in London on Wednesday, November 28th.

Taking part at Spots & Stripes in London, the event will feature a mix of up to 13 singles and doubles matches, with the winning team the first to seven points. Each match is a race to five with an alternative break format.

The match will be streamed live throughout at www.facebook.com/mosconicup. There will be no public admittance to the match.

Ellerman Is Latest US Open Qualifier