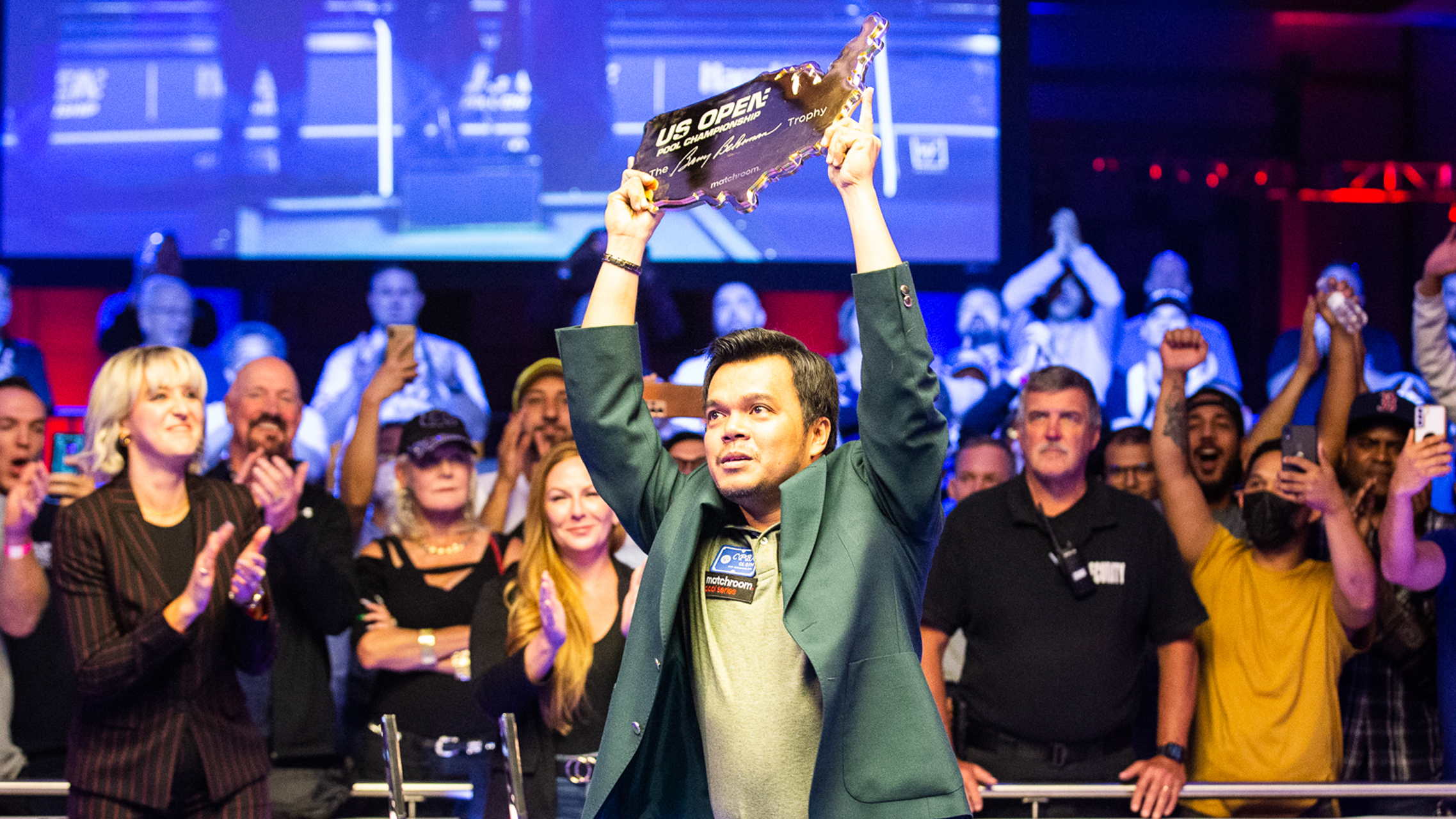 Pool’s most historic tournament sells out entries in under 24 hours with 256 players set to descend on the East Coast of the USA at Harrah’s Resort, Atlantic City.

Player Entries for the 2022 US Open Pool Championship at Harrah’s Resort, Atlantic City sold out in less than 24 hours with fans able to buy spectator tickets for Pool’s most historic tournament from next Tuesday, April 19.

Harrah’s Resort Atlantic City will remain home to the US Open Pool Championship, the sport’s longest-running major for at least the next three years as part of an exciting new partnership with Caesars Entertainment and the Atlantic City Sports Commission.

After the success of the 2021 US Open Pool Championship last September, Matchroom will return to New Jersey this October 10-15, 2022, with the event televised live on Sky Sports on October 14-15. The event will also see an exciting addition featuring a new amateur tournament that will be run by Diamond Billiards in conjunction with Matchroom at Harrah’s Resort Atlantic City.

Tickets for the 2022 US Open Pool Championship start from just $15 for the day with season passes available from $86. Fans can also take advantage of our season pass with premium seating for the final day meaning a front three-row seat and priority access to the arena for only $175.

Tickets will go on priority sale to Matchroom Pool Club members on Tuesday 19, April with General Sale tickets on sale from Tuesday, April 26. Fans will also be able to take advantage of our exclusive hotel room rate at Harrah’s Resort, Atlantic City.

Filipino Carlo Biado will head back to Harrah’s Resort Atlantic City with his eyes on defending the US Open title after defeating Aloysius Yapp in the final in dramatic circumstances from 7-3 down.

Matchroom Multi Sport Managing Director Emily Frazer said: “Since meeting the team at Harrah’s Resort and Atlantic City Sports Commission, we have all seen the growth potential of pool along the East Coast and are determined to keep building. To see player entries sell out so quickly is refreshing to see, we are recognising a consistent theme here as we continue to see with our open field events. I cannot wait to see it growth further along the East Coast with the support of Atlantic City Sports Commission, Caesars Entertainment and Diamond Billiards.”

The US Open Pool Championship will be broadcast live on Sky Sports in the UK/Ireland, DAZN in the USA, Canada, Brazil, Spain, Italy, Germany, Austria, and Switzerland. Viaplay in Scandinavia, the Baltics, Poland, Netherlands, and Belgium. Further broadcasters will be announced soon with fans also able to enjoy the action on Matchroom.Live in selected countries.

Two Ranking Events in the USA and Europe this month