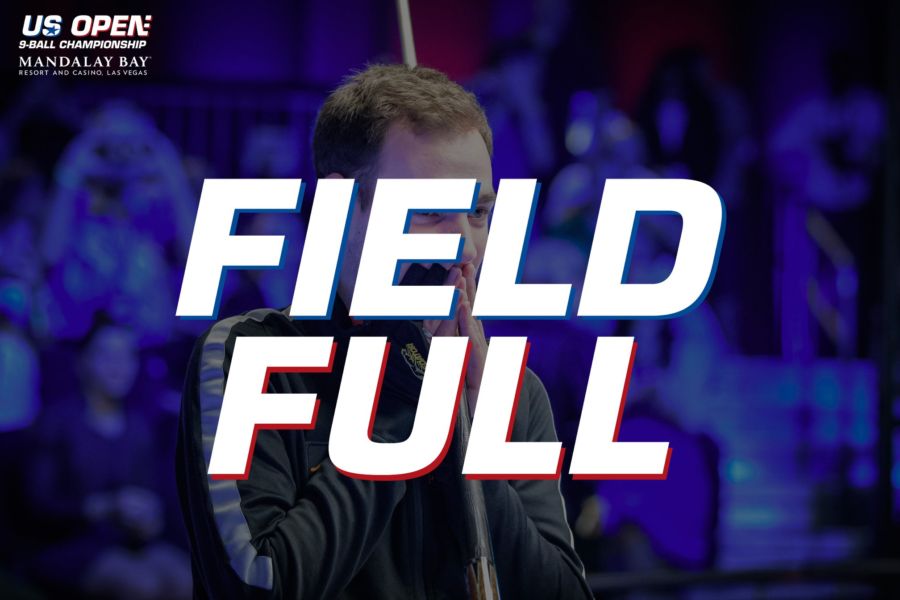 The 256-player field for the 2020 US Open 9-Ball Championship is now full, with over seven months still to go before the event takes place at Mandalay Bay Resort and Casino Convention Center, Las Vegas.

A waiting list is now available at matchroompool.com. Anybody wishing to enter the US Open 9-Ball Championship can sign up for free to join the waiting list with any spots which become available offered on a first-come, first-serve basis to players on the list. In addition, players can still enter Official Qualifying Events to win their place in the field for the $375,000 event, which takes place April 13-18 2020.

Emily Frazer, COO of Matchroom Multi Sport, said: “As anticipated, we have set an all-time record and sold out the 256 player US Open 9-ball Championship field in just 17 days. With 40 players already on the waiting list, this event is in huge demand.

“$375,000 prize money, 256 players, staged at the iconic Mandalay Bay Resort, full TV production broadcast to over 100 countries worldwide – the sheer coverage that players receive from participating in a Matchroom event has now increased tenfold. The adrenalin of playing among the best-of-the-best in a 33-table arena; coupled with the hope and determination of making it to the last-16 must be fiercely set in the sights of all the players who have signed up.

“It’s our second year taking on the US Open 9-Ball; with just over seven months to go, we can now turn our attention to the event specifics and spectators – this event will be impressive, fun and full!”

Brady Behrman and Shannon Paschall added: “We knew and trusted that the only way for pool to elevate and the US Open to continue to grow was through the eyes of Matchroom Sport. Our father and founder, Barry Behrman, is the happiest man in heaven. The field being full with 256 players from around the world, the largest prize fund ever and eight months ahead of time is a grand testament to the hard work that Matchroom puts in to ensure the very best for players, fans and the entire industry.”

Promoted by Matchroom Multi Sport, the 2020 US Open 9-Ball Championship will take place from April 13-18 at Mandalay Bay Resort, Las Vegas. Boasting a $375,000 prize fund, players will battle it out over three days of double elimination in the 33-table Diamond Arena until the last 16 players are left standing. From there, the action moves to single elimination and onto the global TV stage as the remaining 16 compete to become US Open 9-Ball Champion. The double elimination draw will be made in the spring.

Spectator tickets will go on sale to Matchroom Pool Club members on Friday, September 13 and general sale on Monday, September 16 with full selling details to be announced shortly.