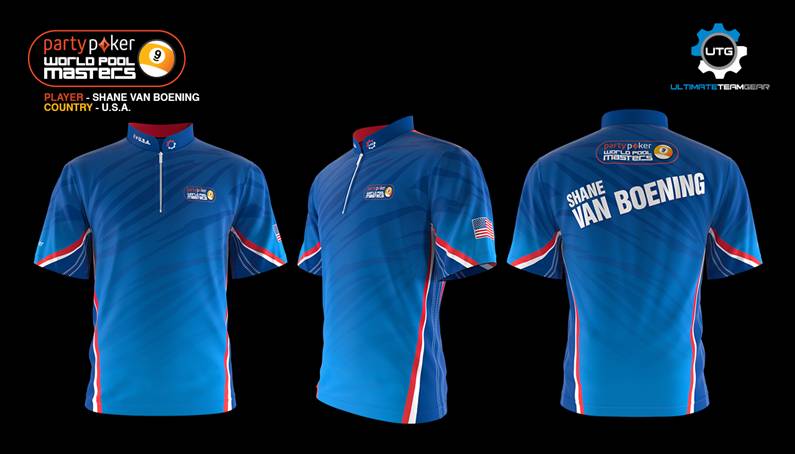 HAVING RECENTLY completed a deal to make them Official Clothing Supplier for the 22nd annual PartyPoker Mosconi Cup, ULTIMATE TEAM GEAR have now signed on as the Official Shirt Supplier for this year’s PartyPoker World Pool Masters which takes place at the Victoria Warehouse, Manchester from 14-16 August.

The Texas-based sports clothing manufacturers will be supplying their cutting edge designs to all 16 players competing at the Masters this year, incorporating national colours as well as the players’ names across the back. 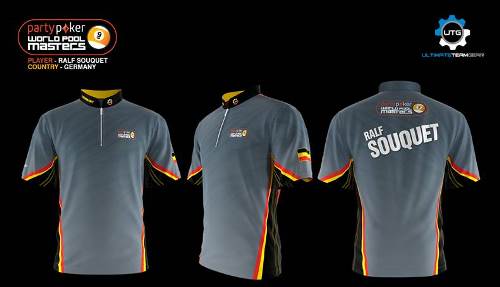 The Masters is now in its 23rd year and features 16 top players from around the world competing for a $70,000 prize fund. Defending champion is USA’s Shane Van Boening and other previous champions contending for the title will include Ralf Souquet (Germany), England’s Darren Appleton and Niels Feijen of Holland.

Commented a spokesman for Matchroom Sport, “We were looking for a new direction with our World Pool Masters shirts for 2015 and we believe that UTG is definitely the way forward. The designs that they have produced so far are superb and I know the players will feel proud to wear them and be inspired to play their very best pool in Manchester.” 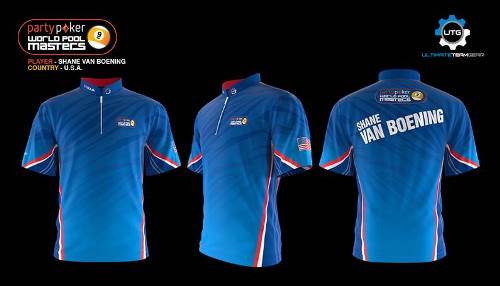 Charles Peterson, CEO of Ultimate Team Gear said, “We are once again happy to work with Matchroom Sport to outfit the Masters with appropriate uniforms which reflect the country in which they are representing. We are sure the players will appreciate the ultra lightweight silky material leaving them to focus on their game. Good luck to all the players!”

The 2015 PARTYPOKER WORLD POOL MASTERS is sponsored by PartyPoker, the world’s leading online poker site. The Official Table of the Masters is supplied by Diamond Billiards, the cloth is supplied by Iwan Simonis, the Official Clothing Supplier is Ultimate Team Gear and the Official Balls are Super Aramith by Saluc.