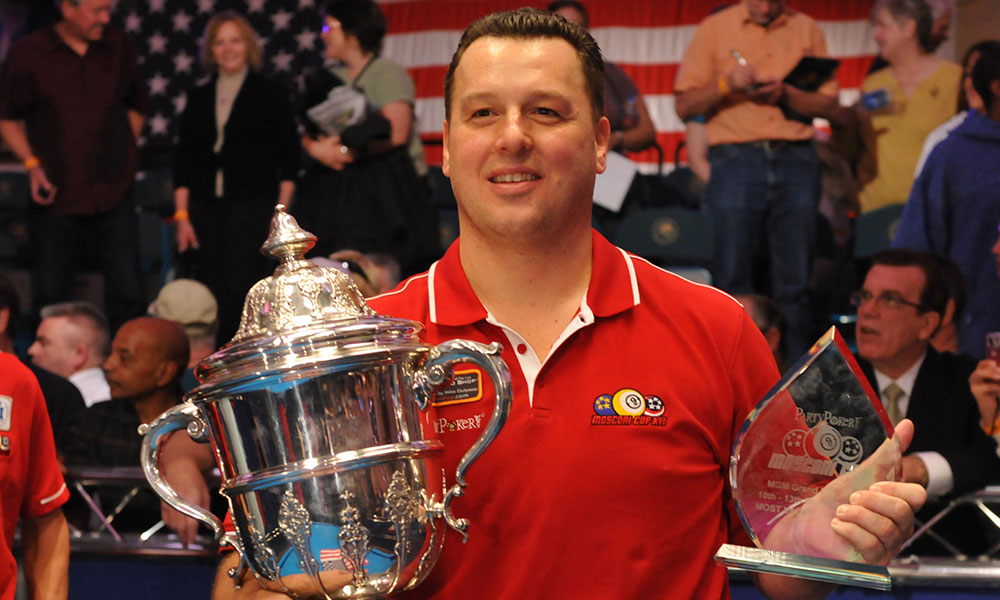 WITH FOUR events played in the 15 event series to determine the top ten players eligible for Team USA, it is veteran and former Mosconi MVP Dennis Hatch who heads the list, having pointed at two of the four events played.  Behind him is another former MVP in Rodney Morris, while other former Mosconi players Shane Van Boening, Johnny Archer, Oscar Dominguez and Justin Hall help fill out the top ten spots.

After no events in February and most of March, the ranking calendar springs into action on 30 March as the Professional Players Championship gets underway at the Super Billiards Expo. It is a Grade One event with points ranging from 50 for the winner down to 5 for a top 32 finish.

For full rankings and the event schedule click here.