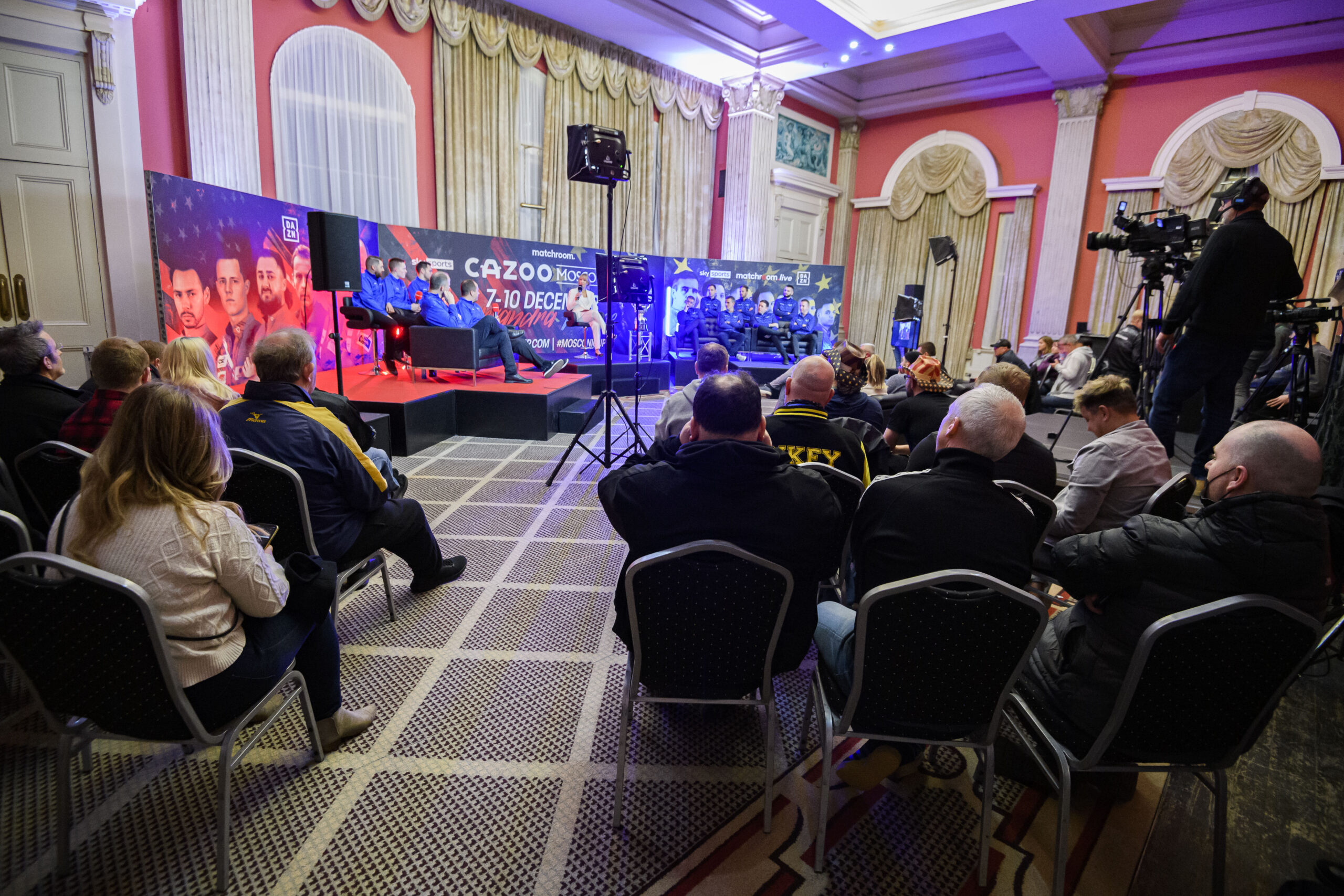 Team Europe and Team USA are now less than 24 hours from battle commencing in the 28th Cazoo Mosconi Cup at Alexandra Palace, London with the two sides meeting at the press conference in front of spectators and media this evening.

The press conference began with the news that Captain Jeremy Jones will step into a playing role after Earl Strickland has had to withdraw from the event due to a possible exposure to COVID-19.

“We all feel for Earl. That’s the first thing. It’s hard to think about ourselves or the other guys. He’s worked hard. He deserves to be here. It wasn’t long that I messaged the team. It’s the guidelines and safety is first. You can’t be more honoured to represent your country playing anything. This may be the most unfortunate circumstance to be able to do that. I’m going to stand tall like every American would and try and represent Earl and a lot of others who can’t be here and everyone back home,” explained Jones.

Two-time MVP Skyler Woodward has spoken of his admiration of Jones: “He’s pushing us hard this year. He’s taken more of the role he’s got. He is pushing everyone hard. We will see what happens. I think he is making us do a lot and making us do what we have to do.”

Earlier this week, Matchroom announced pockets will be 4″ for the 2021 Cazoo Mosconi Cup and it’s something that playing-vice captain Shane Van Boening is relishing: “The 4″ pockets are great for pool. You do not want to go to 4.5 or 5. It’s great for pool. Shot-making-wise, better payers are going to be on top. That’s the way pool should be. We must make the game difficult; we’re going to see players missing more. I think it’s great.”

World No.1 had an eye on the Fans’ Choice matches with fans now having more control than ever before with the singles fans’ choice match being joined by a fans’ choice doubles match on Thursday: “I am not sure if I am in for it! The Fans’ Choice is obvious. You expect it to be Jayson and Shane. If I get in, I do not care, if you are out, you are in your tunnel view and do not care who you are facing in the opposite corner. I think Shane and Skyler play the best and you always have to be afraid of them.” Vote here!

The 2020 Predator MVP Jayson Shaw is looking forward to playing in front of a home crowd: “I am excited. The fans are back. If the fans are there or not, I am going to go out there and stay focused and try and give the fans a good time. I think everybody, who plays the Mosconi Cup to say you’re not nervous, I think you’re lying. You get so pumped up with the fans cheering your name. I think the players do feel the pressure out there it’s just how you handle it.”

Catch up with the full press conference on the Matchroom Pool Facebook right now.

The 2021 Cazoo Mosconi Cup is Pool’s biggest rivalry as Europe and the USA meet over four days in a race to 11 points broadcast live on Sky Sports in the UK and networks worldwide including DAZN in Germany, Austria, Switzerland, USA, Brazil, Canada, Italy, Spain, and Viaplay in Scandinavia, the Baltics, and Poland. Action starts at 6 pm UK time tomorrow. Find out where to watch in your country here.