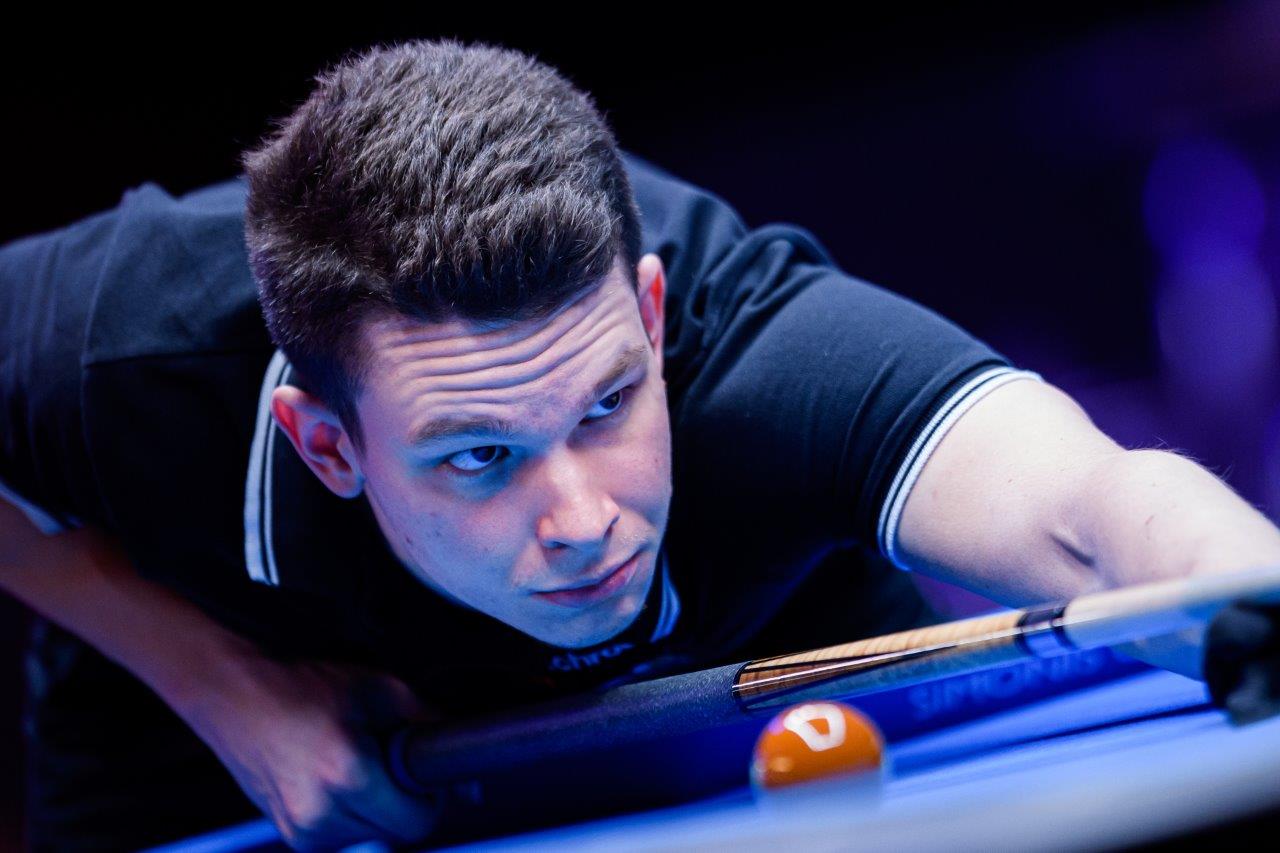 Oliver Szolnoki came from 5-1 down to defeat Shane van Boening 11-5 in the last 16 of the World Pool Championship at Marshall Arena, Milton Keynes.

The 24-year-old Hungarian, who had practiced with Van Boening prior to travelling to the event, will now face Francisco Sanchez-Ruiz in this evening’s quarter-finals after the Spaniard beat Naoyuki Oi 11-7.

“I started very shaky and made many mistakes,” said Szolnoki. “I settled down a little bit but he couldn’t find his break and broke try many times. I figured out a break that worked so could make break and runs and dominate the racks by playing safety and getting shots from him. I didn’t give him many chances.

“I was really happy to play a straight shot on the 9 at the end because I was really nervous, but I left one which I knew I could not miss.”

Sanchez-Ruiz held a 4-0 lead before Oi got on the board in the session’s opening TV match, but the Spaniard then extended his lead to 6-1. The Japanese star took the next two to turn up the head on his opponent, who had been fluid in the first half of the match. The pressure of Oi’s fightback showed but ultimately it was Sanchez-Ruiz who progressed with an 11-7 win.

Skyler Woodward defeated Roberto Gomez 11-7, pulling away in the later stages after a tight match had been locked at 7-7. The American will now face Albin Ouschan in the quarter-finals after the Austrian came through a tough quarter-final clash against Mieszko Fortunski 11-8.

The fourth quarter-final will see Poland’s Tomasz Kaplan face Omar Al Shaheen of Kuwait. Kaplan staved off a Dimitri Jungo fightback to beat the Swiss player 11-9, while Al Shaheen had been locked at 8-8 in a tight encounter with Nikos Ekonomopoulos before pulling clear for an 11-8 victory.

The quarter-finals take place from 6pm this evening, before finals day on Thursday sees both semi-finals and the final in a one-table setup with fans back to enjoy the action.