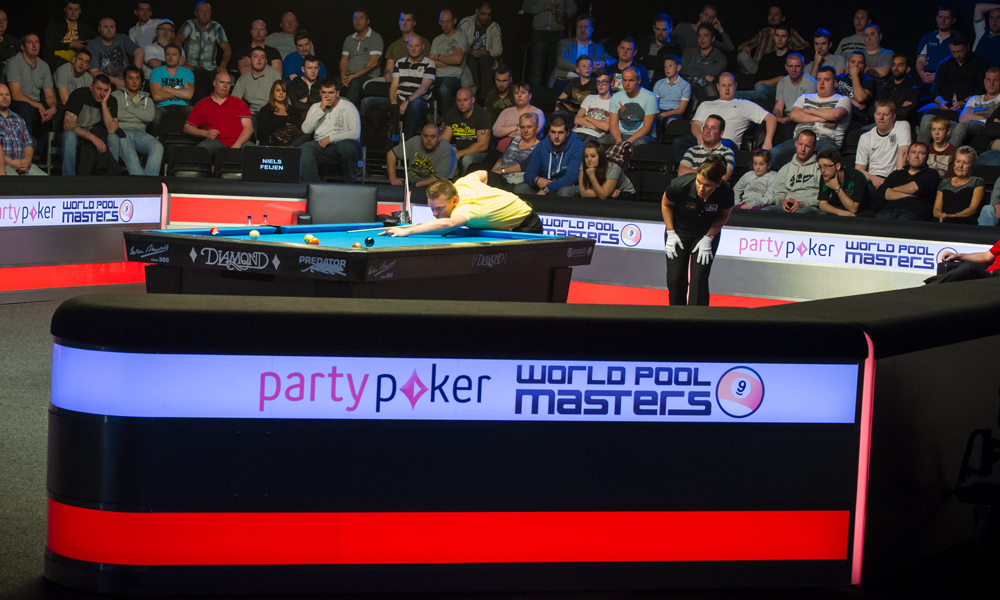 WITH THE 2015 PARTYPOKER WORLD POOL MASTERS set to take place at the iconic Victoria Warehouse, Manchester from Friday 14th to Sunday 16th August, Matchroom Sport can announce the field for the 23rd annual pocket billiards showdown.

Sporting a $20,000 top prize, the Masters aims to bring together some of the biggest names from around the world to contest what is the game’s most sought-after title.

Heading the field will be defending champion Shane Van Boening (USA) as well as former champs Darren Appleton of England and Holland’s Niels Feijen, winners in 2009 and 2013, respectively.

Scotland’s Jayson Shaw, currently one of the form players, will be competing as will Karl Boyes who closed out 2014 with wins at the World Cup of Pool and the Mosconi Cup. John Morra, who last played as a qualifier in 2010, is back to represent Canada.

2014 runner-up Nikos Ekonomopoulos (GRE) will be back as will Waleed Majid, representing Qatar and the Middle East. James Georgiadis of Australia, who came so close to upsetting Van Boening last year, returns as does 2012 runner-up Mateusz Sniegocki of Poland.

Finally, all-time Masters legend Ralf Souquet of Germany makes a welcome return. A big favourite down the years with UK audiences, ‘the Kaiser’ has been crowned Masters champion on no less than six occasions.

To make up the 16, there will be a fourth British player to be determined, as well as a top champion from South America who will be announced shortly.

There are eight first round matches which complete on Friday evening and Saturday afternoon and evening, then the four quarter-final games on Saturday evening and Sunday afternoon. The tournament culminates on Sunday evening with the two semi-finals followed by the championship match. All matches are race to eight, winner breaks.

The 2015 PARTYPOKER World Pool Masters is sponsored by PartyPoker, the world’s leading online poker site. Cloth is supplied by Iwan Simonis and the Official Balls are Super Aramith. Diamond is the supplier of the Official Table.