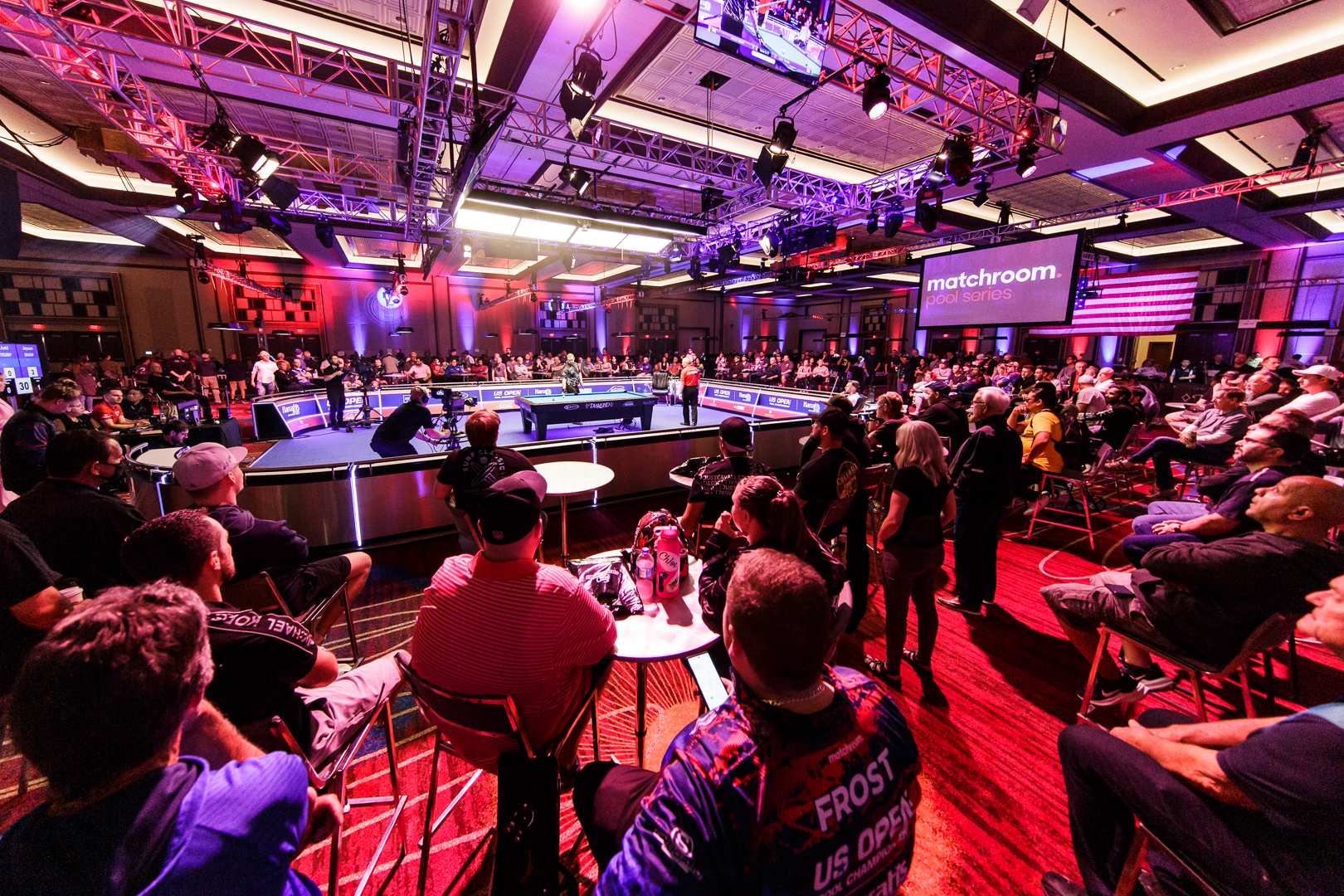 Earl Strickland, Alex Pagulayan, Mika Immonen, Thorsten Hohmann, and Kelly Fisher were amongst the names to have their US Open Pool Championship campaigns cut short as the field went to the last 64 on day three at Harrah’s Resort, Atlantic City.

Fans inside the Diamond Arena were treated to a fantastic spectacle in the opening session of the day as reigning champion Joshua Filler beat Sanjin Pehlivanović 11-8 when at eight all it looked like the Bosnian would take the lead if it wasn’t for a miss on the six. Filler does find himself on the losers’ side though going into the fourth day after a loss to World-10 ball runner-up Aloysius Yapp 11-3. It will not be unfamiliar territory for Filler though, after tasting defeat on his way to winning in 2019.

Jayson Shaw beat Hsieh Chia Chen in a hill-hill thriller to set up a battle of the Brits against Judd Trump in the evening after Trump had beaten Saudi Arabia’s Abdullah Al-Shammari 11-5 earlier in the day.

When it came down to it, Shaw prevailed emphatically cleaning up for an 11-1 win to send Trump into the losers’ round 6 whilst Eagle Eye became the first name into the winners’ qualification section.

One of the standout matches of the day came late on as Jeffrey De Luna downed Pagulayan 11-0 as he potted 99 balls along the way with Pagulayan failing to pot a single ball in the whole contest and the Bull potting 99% of his shots only missing once. That result kept De Luna’s hopes of going better than his third-place finish in 2019.

American No.1 Shane van Boening remains unbeaten in his search for a sixth US Open crown after beating BJ Ussery to set up a winners qualification clash with Francisco Sanchez Ruiz live tomorrow evening on Table 1. It was the end of the road for Strickland though as he looked for his sixth title losing out to Alan Rolon Rosado.

2019 World Champion Fedor Gorst underlined his intentions with a crushing win over Niels Feijen 11-1 to meet Darren Appleton for a place in the last 16 after Appleton beat World 10 ball champion Eklent Kaçi.

The morning session gets underway at 10 am ET with Billy Thorpe (USA) vs Mario He (AUT),  Aloysius Yapp (SIN) vs Mickey Krause (DEN), and Albin Ouschan (AUT) vs Alex Kazakis (GRE).

By the end of tomorrow, only 16 players will remain. Fans can take in Table 1 live on the TV broadcast wherever you are in the world on DAZN in the USA, Canada, Brazil, Germany, Austria, Switzerland, Italy, Spain, and Sky Sports in the UK. Find out where you can watch the US Open Pool Championship in your country right here.