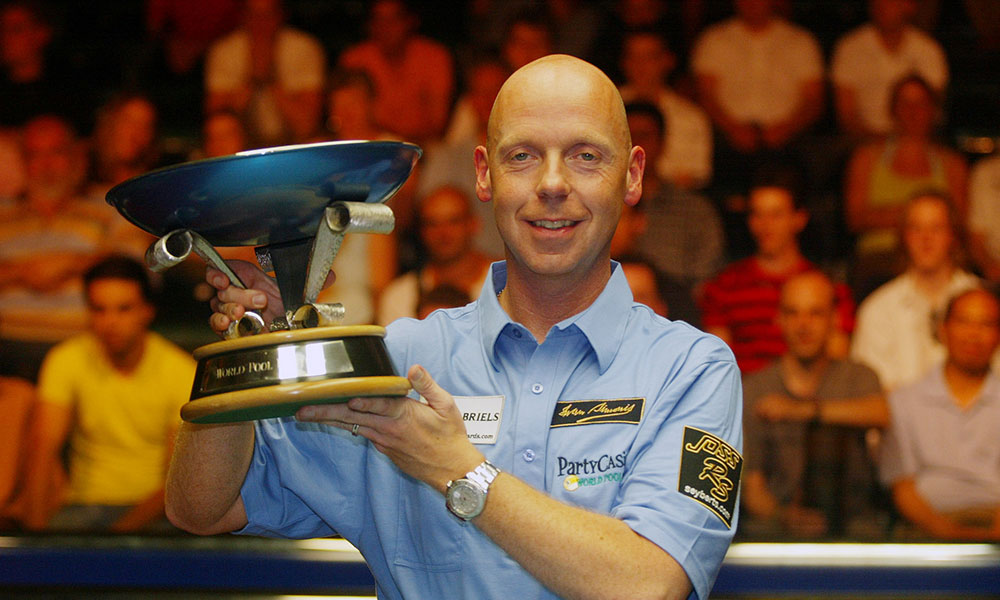 The Kaiser is the fifth player to join the star-studded field, with defending champion David Alcaide already announced alongside two-time Masters winner Shane van Boening, 2009 champion Darren Appleton and Niels Feijen, who lifted the trophy in 2013.

Souquet first won what has become 9-ball’s biggest invitational tournament in 1994, beating snooker legend Jimmy White in the final. Two years later he landed Masters success again when he overcame Vincent Facquet in the championship match. In 2000 he beat Alex Lely to make it a hat-trick of titles and defeated Efren Reyes in 2002 to make it four. Alex Pagulayan was Souquet’s final victim in 2006 and then he made it a record six titles against Dennis Orcollo in front of a packed Manila crowd in 2011.

To celebrate 25 years of the World Pool Masters, this year’s tournament in Gibraltar will include many former champions among its 16-man field, including some of the biggest names in the sport over the last two decades.

“The World Pool Masters is a very special tournament,” said Souquet. “You only have one table so it is centre court all of the time – all of the Matchroom tournaments are always great events. It will be great to see the past champions back for one event.

“Winning the Masters six times, it is hard to pick a favourite but the first one is always a nice one. When I think about all of them, probably the last win in 2011 is my favourite. I beat Dennis Orcollo on basically his home turf in the Philippines in front of a huge crowd, so that is probably the one that sticks most in my mind.”

Tickets for World Pool Masters XXV are on sale now at www.buytickets.gi priced between £7-£12 for individual sessions and just £34.99 for a season ticket.